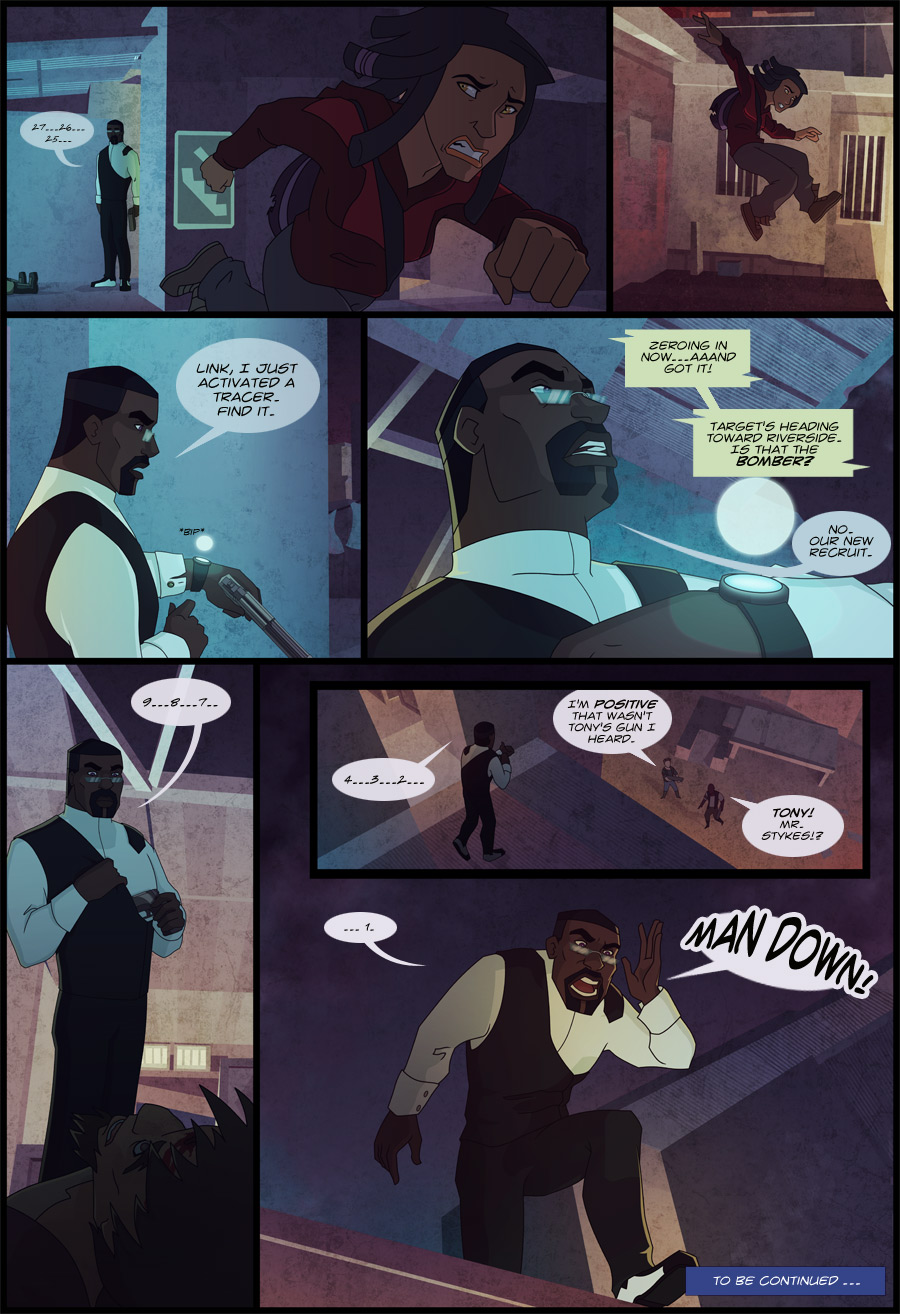 Orson may have found what he’s looking for.  Now there’s just the small matter of covering his tracks.

So ends Episode One! It’s been a wild ride so far!

During the Withering large quantities of knowledge surrounding science, medical and technological progress were lost. The past two centuries have been a period of simultaneous discovery and re-discovery.

For example: Communication watches (once normal in the early twenty-first century) have only shown up in recent years. They have proven quite popular in certain circles, especially when paired with holographic interfaces.