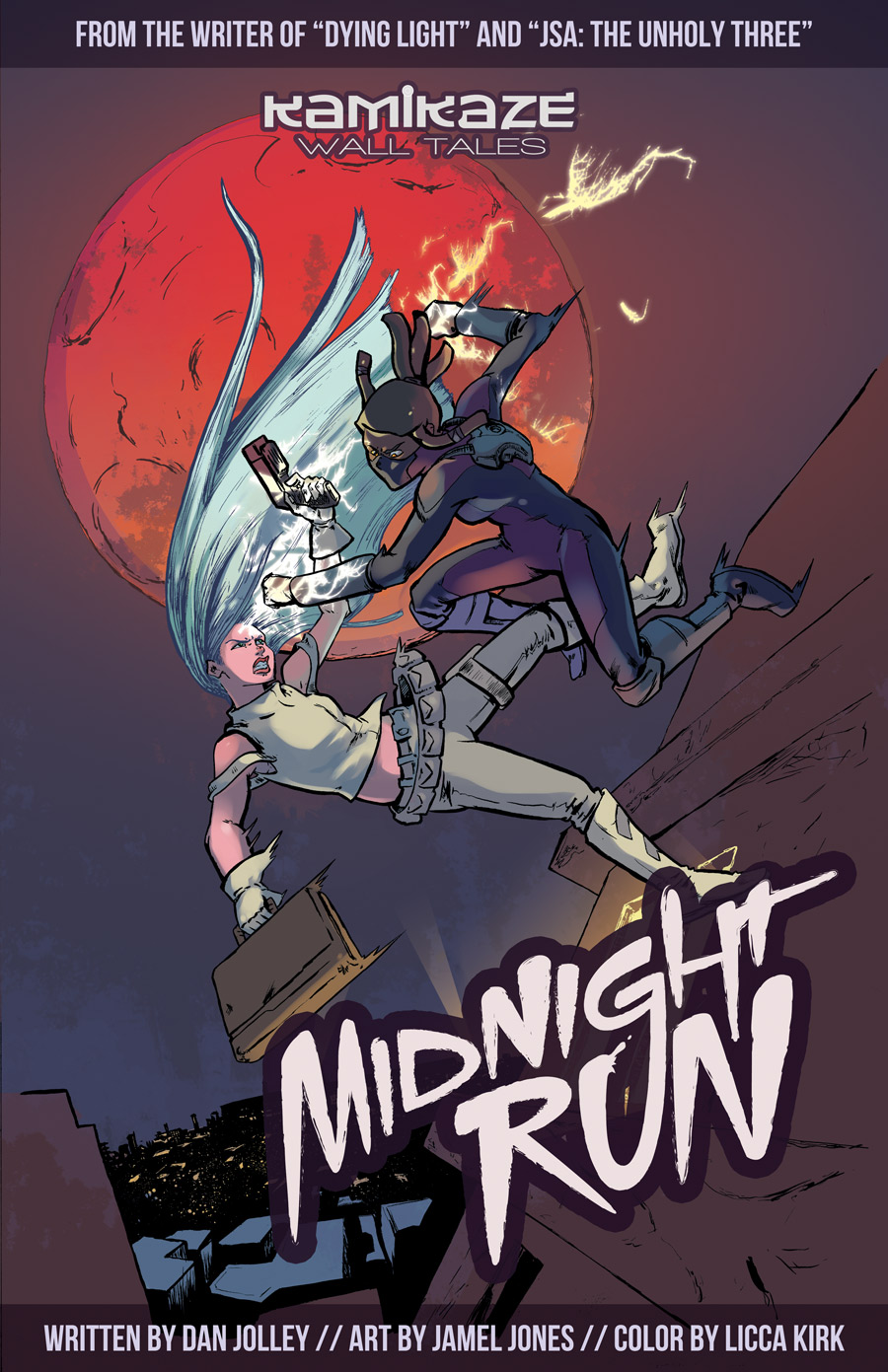 Fans often ask us “When are we gonna see Markesha in the Kamikaze suit?!”
We are excited to announce a spin-off short story series called Kamikaze: Wall Tales featuring one-shots that fast-forward from the main storyline and show Kamikaze in action! Each short story will also reveal more about the world and characters of Kamikaze.
Our first Wall Tale is written by the man behind the hit game Dying Light, JSA: The Unholy Three, and numerous titles from Marvel and DC – Eisner-nominated writer Dan Jolley. Titled Midnight Run, the story follows Kamikaze as she grapples for the upper hand against her nemesis, Flare. Featuring art by Jamel Jones, and colors by Licca Kirk, the story will be posted throughout September.
Starting next week expect action, excitement, and a whole lot of fun with Kamikaze’s Midnight Run!
Kamikaze updates every Wednesday. Follow us on Facebook or Tumblr for news and more!