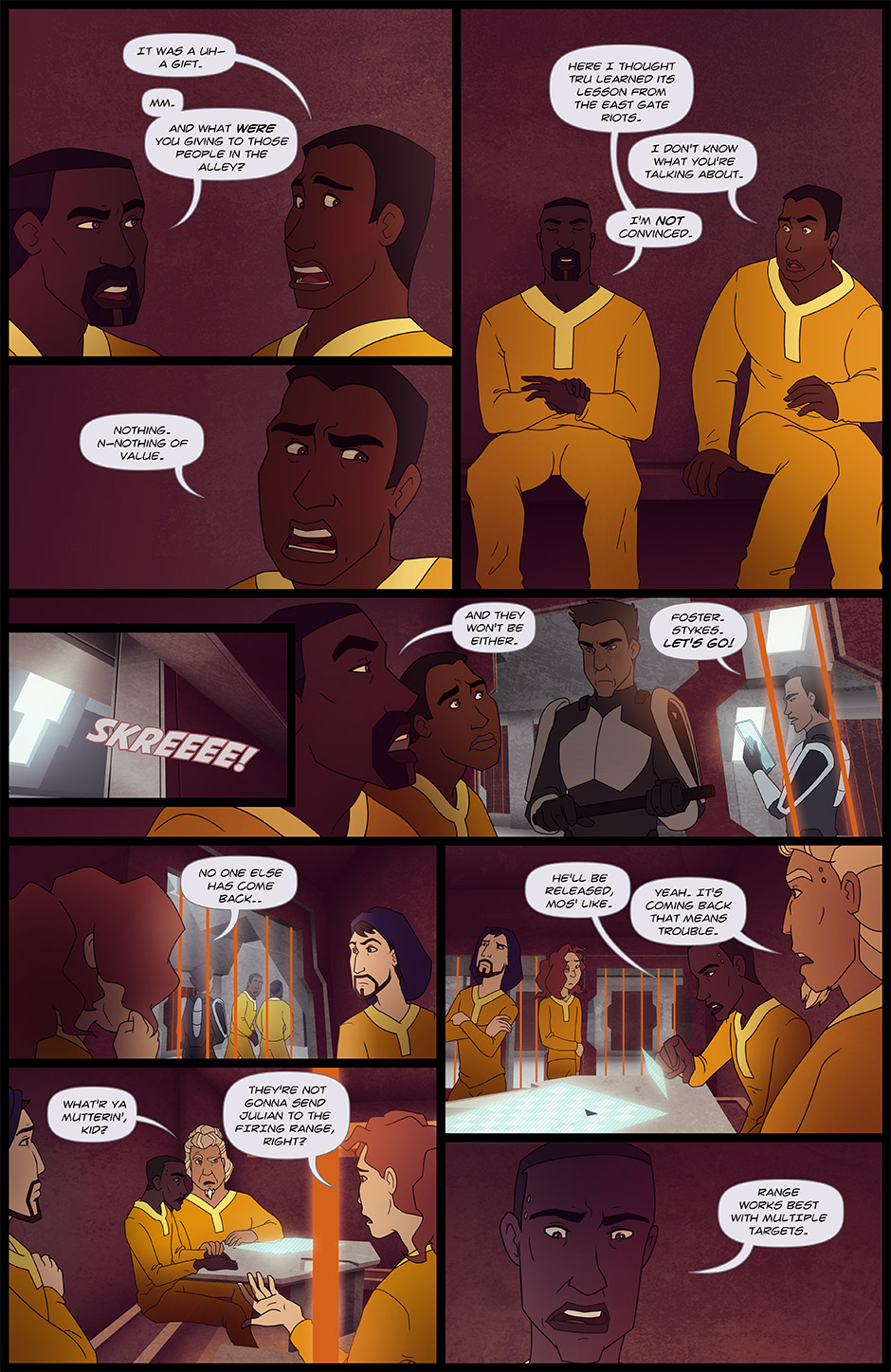 Support the comic! Become a Patron, buy from our Store, or vote for free!

Public executions were common during the wild and rough early history of Trinity, but have since fallen out of favor. Now, executions are only shown during special circumstances and broadcast to the public. The favored method of execution by the HSF is through firing range. Multiple prisoners are brought to the top of the wall. They’re lined up on the edge of the wall with ropes tied around the ankles and anchored in place. When shot the executed fall backward they’re left to hang from the edge of the wall for a few days. While public executions have fallen out of favor, the hanging bodies are usually so small most people don’t notice them.