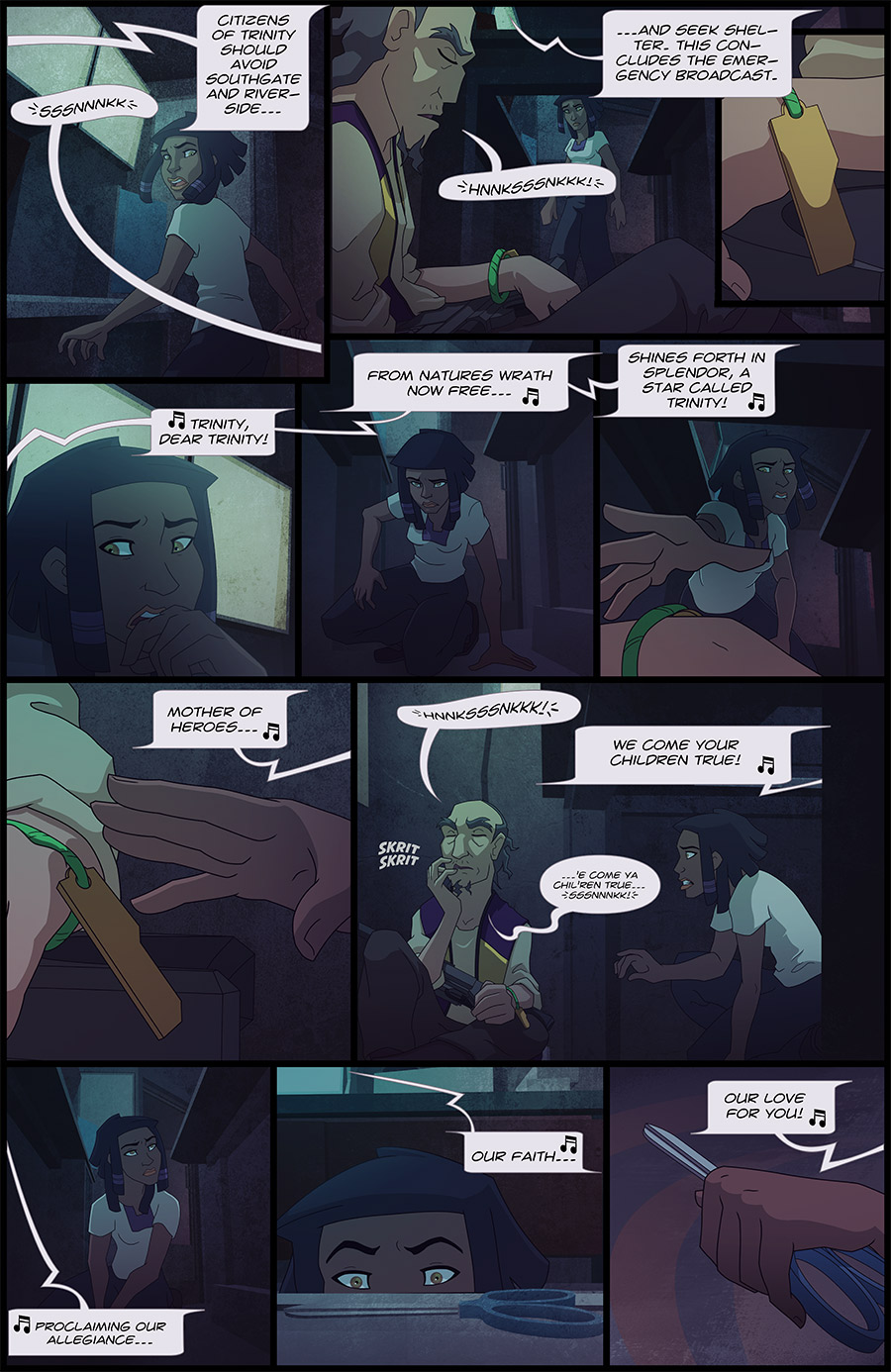 Opening the safe means getting the key, but Franco’s not about to leave that lying around.

“O, Bless You Trinity!” was written in 2079 in celebration of the Wall’s completion. It was penned by August Lynn, a foreman on the original construction. The tune was taken from an Old World folk song, and sung on the Wall’s Foundation Day by a chorus of 40 workers. In no time the song became so popular it was named the Anthem of Trinity in a few months. Every broadcast from the Inner City opens with the first half of the song, and closes with the second.

Give the  gift of comics: Buy a copy of Kamikaze: Volume 1 today to help support the Team!