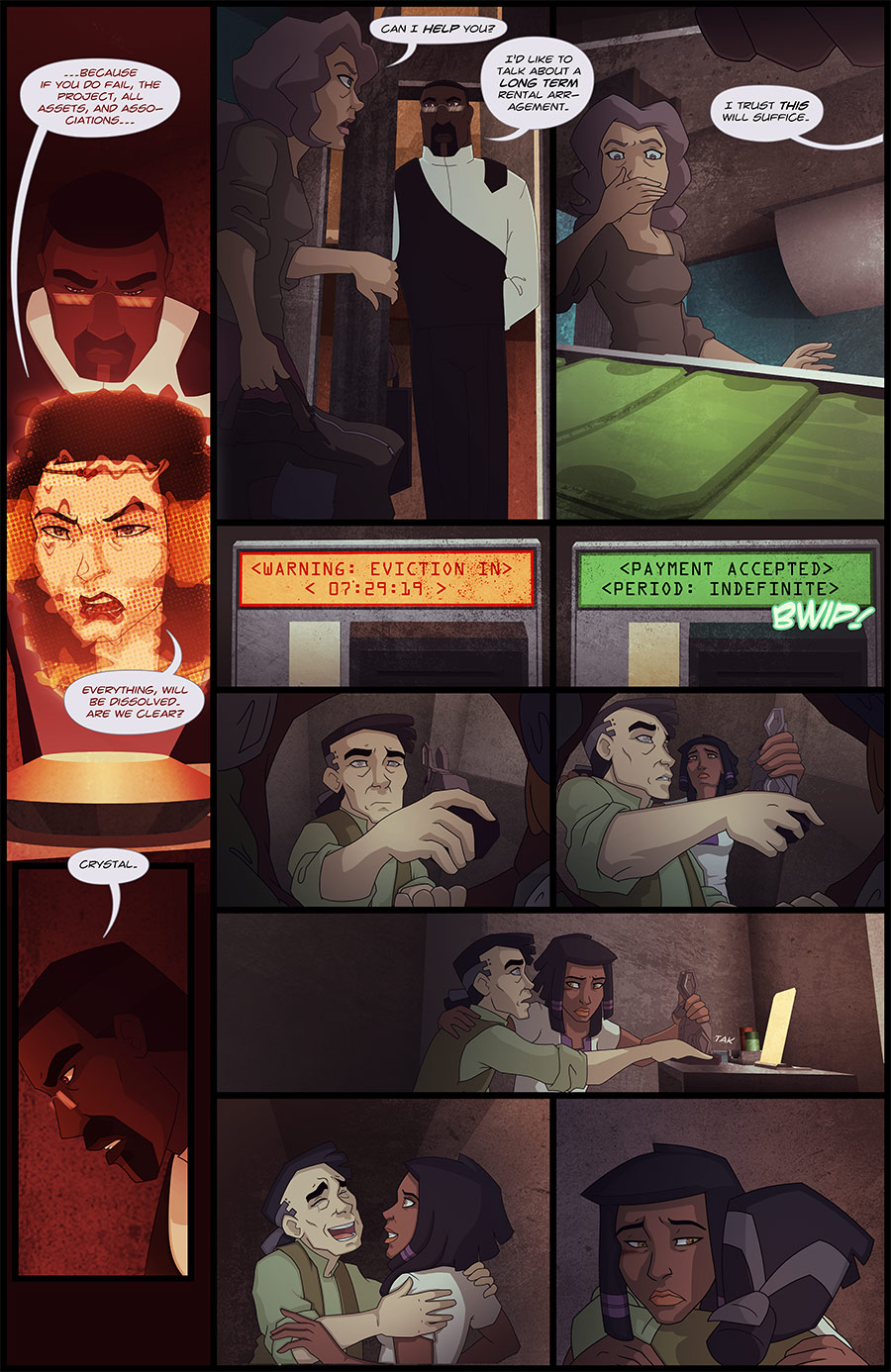 Orson gets an ultimatum, and the Nin’s housing situation gets resolved.  Only one page remains before the conclusion of Episode 2!

Ms. Alice has been the landlady for the apartment complex well before Markesha was born. Providing modest shelter for a fair price has been her goal since the first day she took over the building. Security payments to the gangs of the Outer City was a given since the beginning, but the Razors did good by her. When trouble became a shadow at her door, the Razors were there to protect their turf and her life. The same can’t be said since the Dire Dogs claimed her area for their territory. She’s seen tenant after tenant come and go, children born and raised in her units, and people live and die as well. The building and its occupants have been her life for more than 20 years – it’s hard to let that go.

Buy a printed copy of Kamikaze: Volume 1 today to help support the Team!