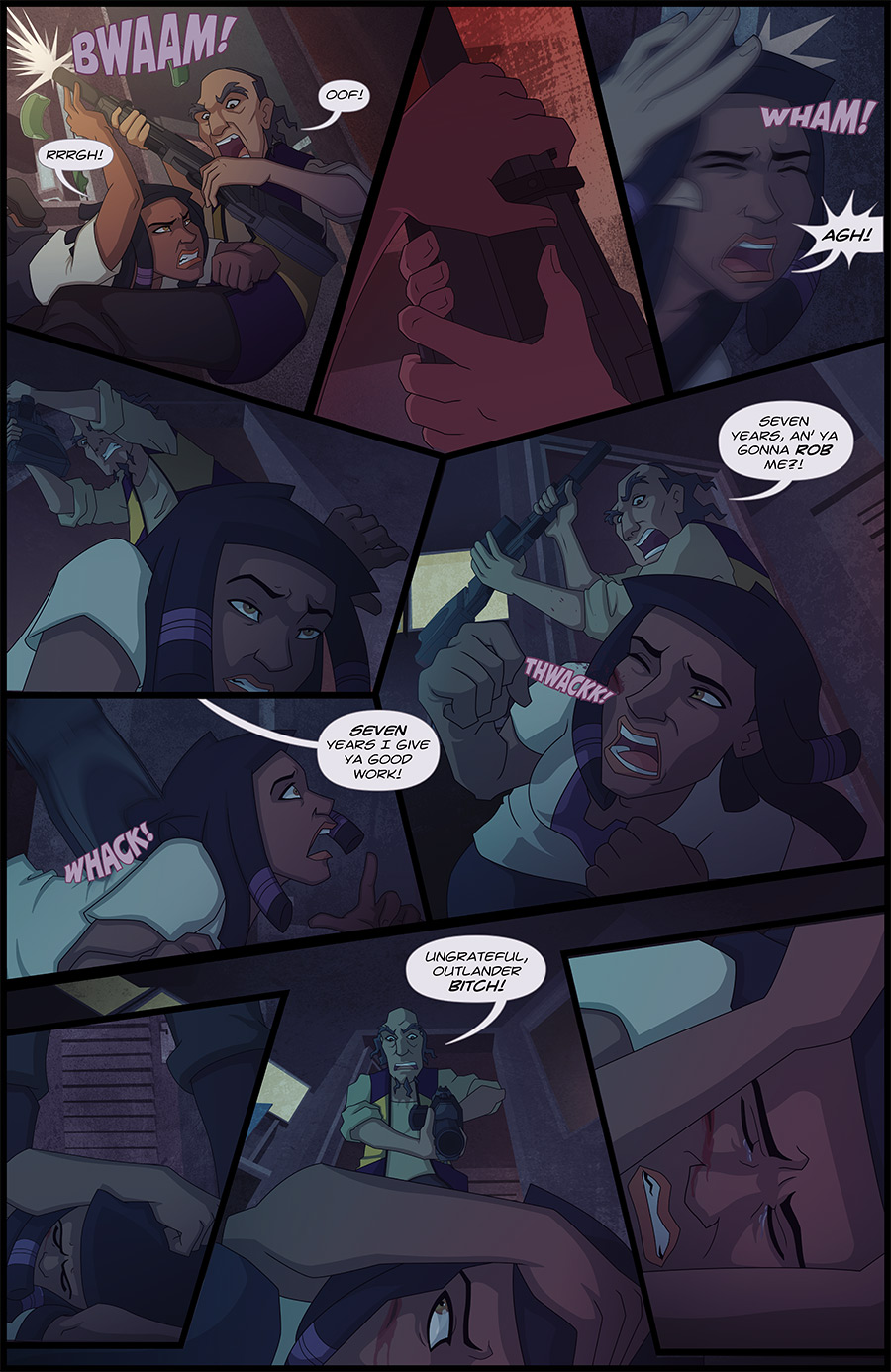 We return to the main story! The struggle to get out of Trinity has landed Markesha at the wrong end of the stick.
It’s said that an Outlanders life is lived like the wind: if they stop moving they die. While this isn’t necessarily true on all counts, it is fairly uncommon for Outlanders to leave their traveling tribes to settle down in city life – not because they don’t want to but because they’re not welcome. Popular thought within city-states is that Outlanders are all yellow eyed, untrustworthy and violent. These prejudices are only exacerbated by media propaganda distributed to the public where Outlanders are widely depicted as dangerous villains, backstabbers, thugs and thieves.

Give the  gift of comics: Buy a copy of Kamikaze: Volume 1 today to help support the Team!