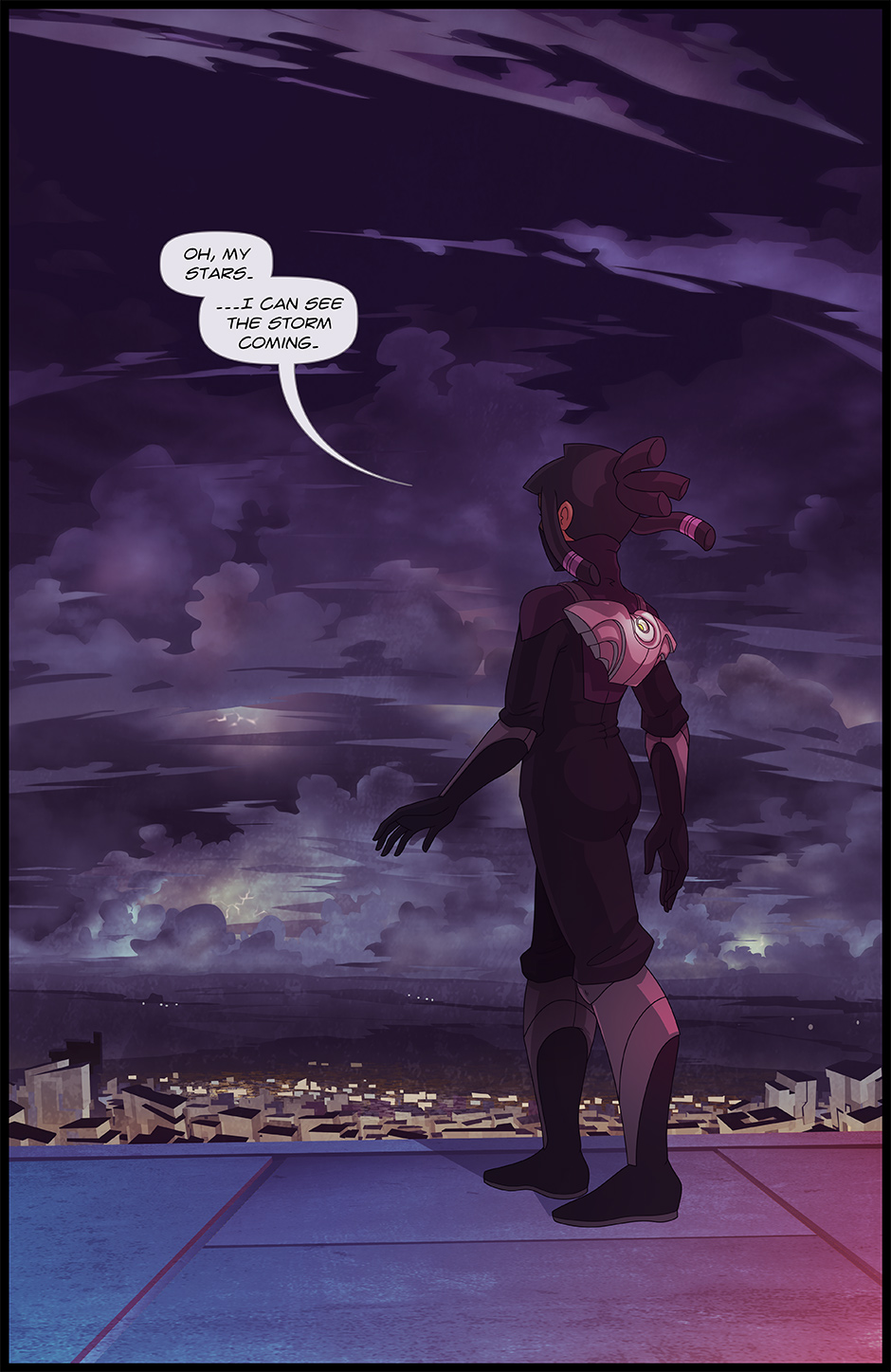 Markesha sees her home from an entirely new perspective.

It’s rare for anyone in the Outer City to ever see the breathtaking view from the Wall with their own eyes. There are only a few people in the HSF allowed to patrol the summit of the Wall, and far fewer from the Inner City who ever bother to take a look beyond the Wall which protects them. Markesha’s vantage point is a rare one indeed, as there are no observation areas or windows overlooking the outer city.

The Inner City, sticking to its name, doesn’t look outward, only inward on itself.