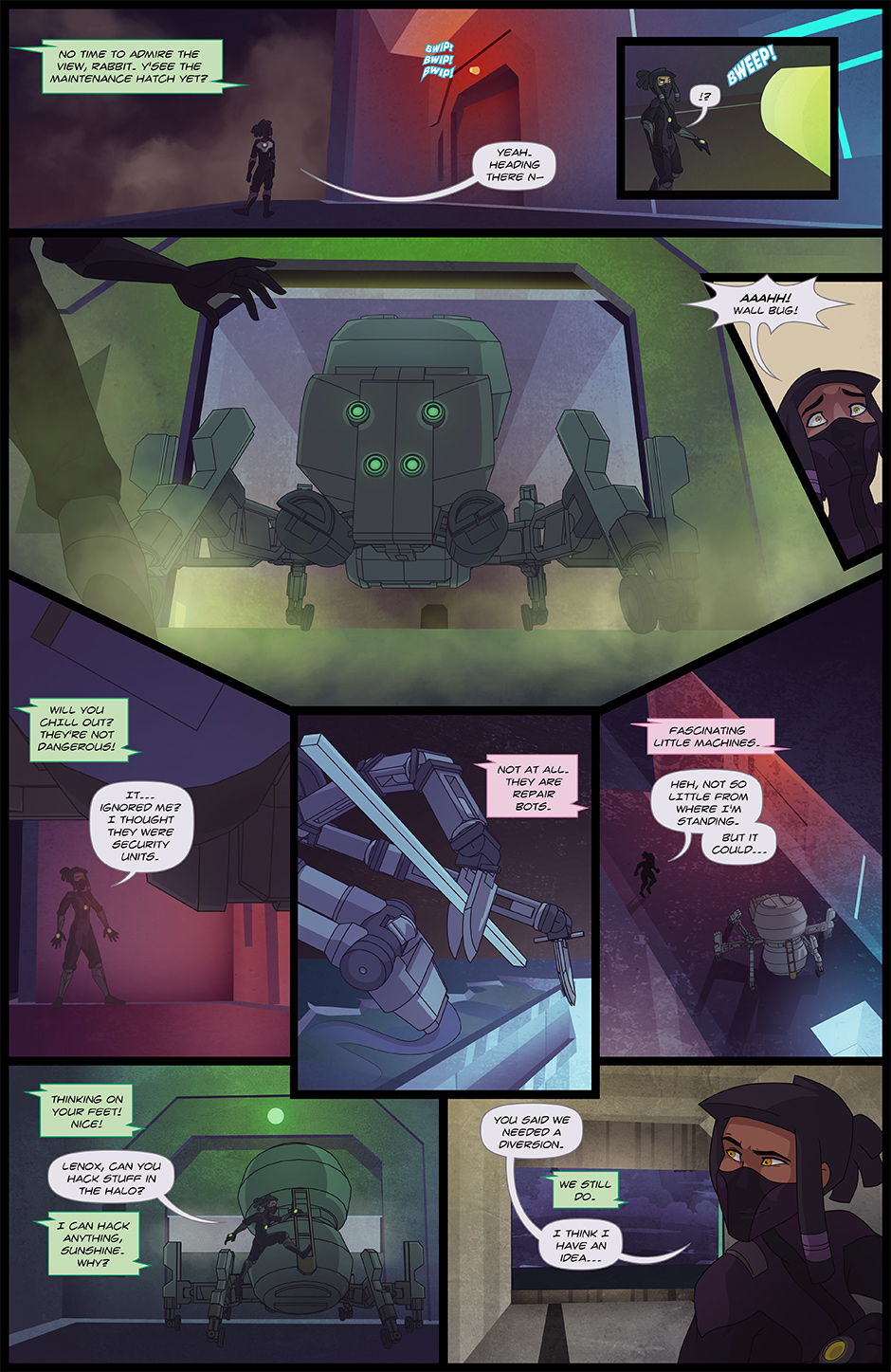 Markesha runs into an unexpected resident of the Wall!

The ARKN-78, otherwise known as a “Wall Bug” were originally built not as masonry repair bots, but as Wall security droids during the Waycross war. After the war, the droids became less needed after ballistics cannons were installed on top of the wall. So, the fleet of ARKN-78’s were retired and thrown in storage. Years later the wall was in desperate need of repairs, and with no volunteers, the ARKN-78’s were repurposed. Trading their ammunition for masonry tools these bots can be seen crawling on the outside of the wall like bugs, hence their name, “Wall Bugs.” Their reputation as fearsome guardians of the Wall hasn’t changed much in Outer Trinity, and the High Houses aren’t in much of a hurry to change the impression either.