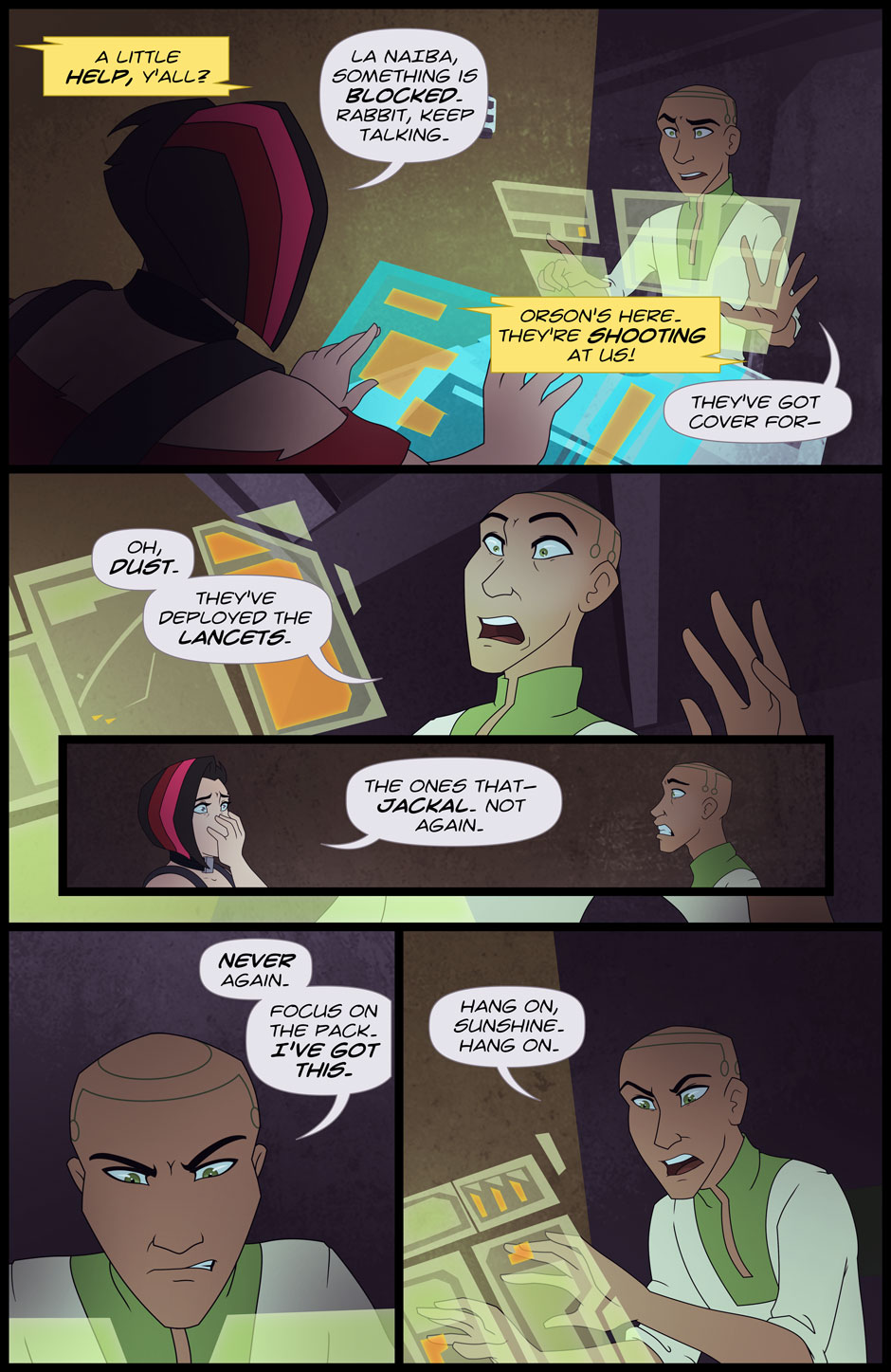 Audrey and Link get a dire notification that brings up a painful memory for them both.

Lancet drones are by design, highly disposable. Once their engines have been lit they have a limited flight time, and their primary role as interceptors means there is far more emphasis on storing fuel and ammunition rather than landing gear. At the end of their fuel supply, Lancets are programmed to either ditch into the Wastelands and explode, crash into a programmed target and explode, or just explode.