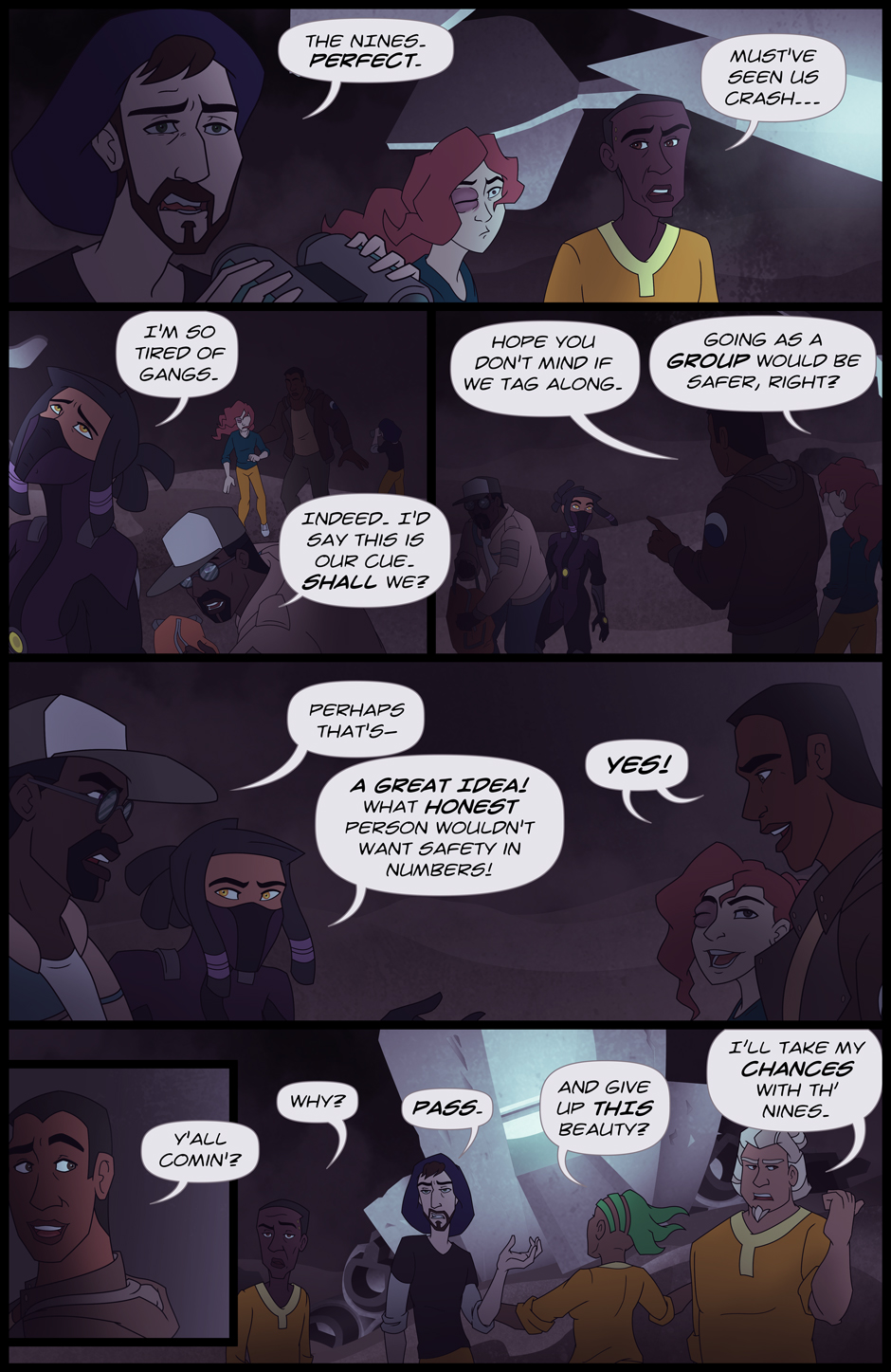 With the Nines inbound, Orson and Markesha aren’t sticking around to find out what happens next.

The Nines are debatably the oldest of the gangs around Trinity. Composed largely of Outlander clans which decided to stick near the lucrative periphery of Trinity, the Nines are known for their rough and tumble road warrior looks and piratical nature. The gang gets its name from the fact it’s actually a collection of nine smaller gangs which are constantly vying for control over the rest. Sponsored by House Heritage, the gang provides the High House with eyes and ears over who and what comes and goes from the city, in return for a healthy “commission”.