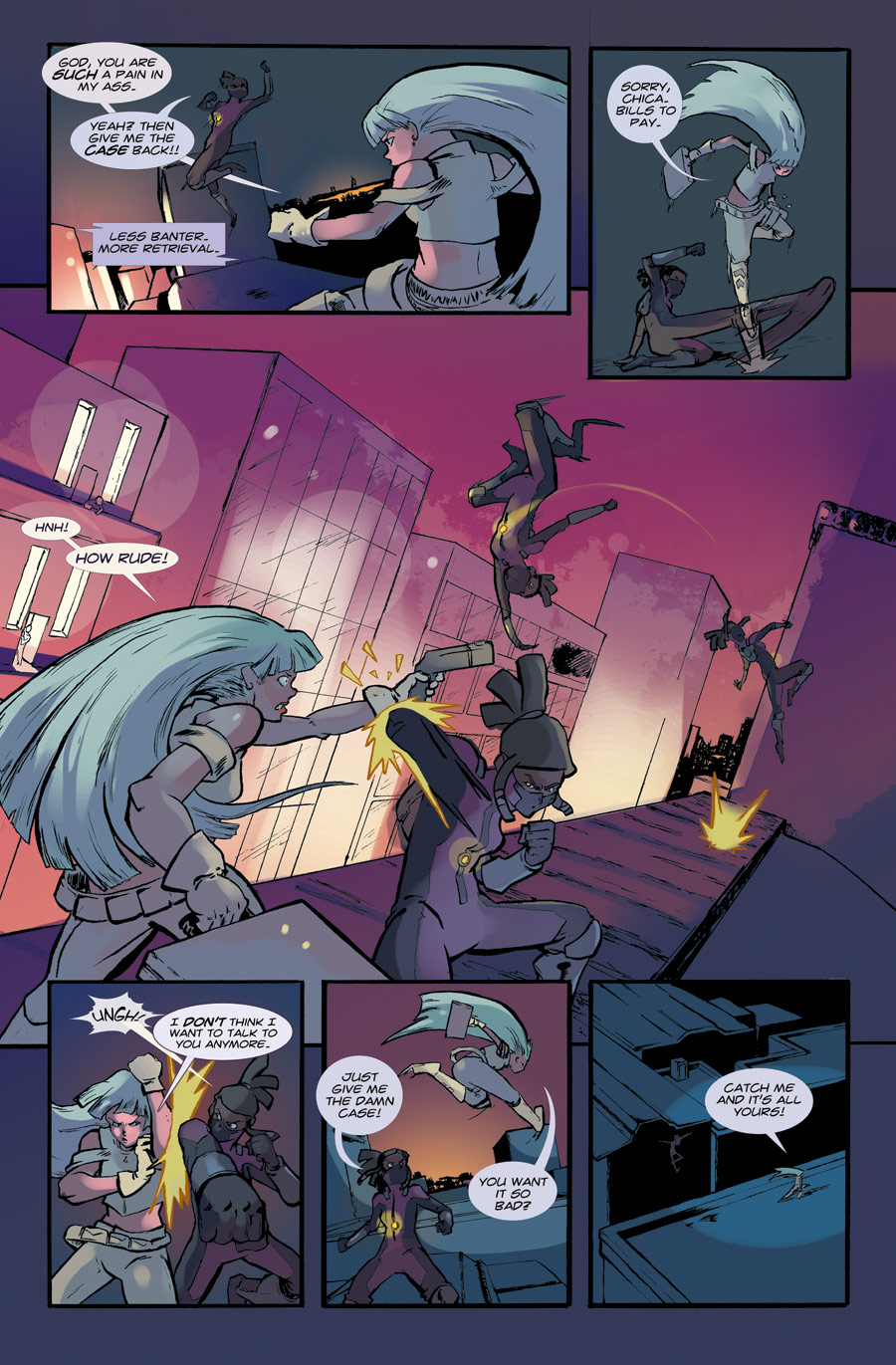 Flare plays a dangerous game challenging Kamikaze to play tag, but she may be the only one who stands a chance against her.

Kamikaze’s suit allows her to move like the storm for which she’s named. The grav-pack on her back creates a low gravity bubble around Kamikaze, allowing for slower falls, faster sprints, further leaps, and higher jumps. Simply called “The Pack” by the team, this portable gravity defying tech is a huge benefit for Kamikaze, but a potential disaster waiting to happen. It’s power must be vented on a regular basis, or it could overload…taking Kamikaze and the entire city with it.

Midnight Run is a guest comic by Dan Jolley, Jamel Jones, and Licca Kirk.  The main story will resume soon.