Skip to content
Two centuries after a global ecological disaster, the worlds of a mysterious covert operation and a young courier collide when a critical mission is blown. Markesha Nin only wants one thing: to find a better life for herself and her father. Hell bent on escaping the only home she’s ever known for a better place, she takes a risky job that blows up in her face. Caught in a deadly trap with nowhere to turn, her only chance at finding a better life could ensnare her in a dangerous game she may never escape. Kamikaze is an award winning webcomic series inspired in equal parts by popular sci-fi, animation, and a wide range of current affairs. With a rich world and complex character driven storylines the series is an action-packed tale with an intimate dramatic heart. 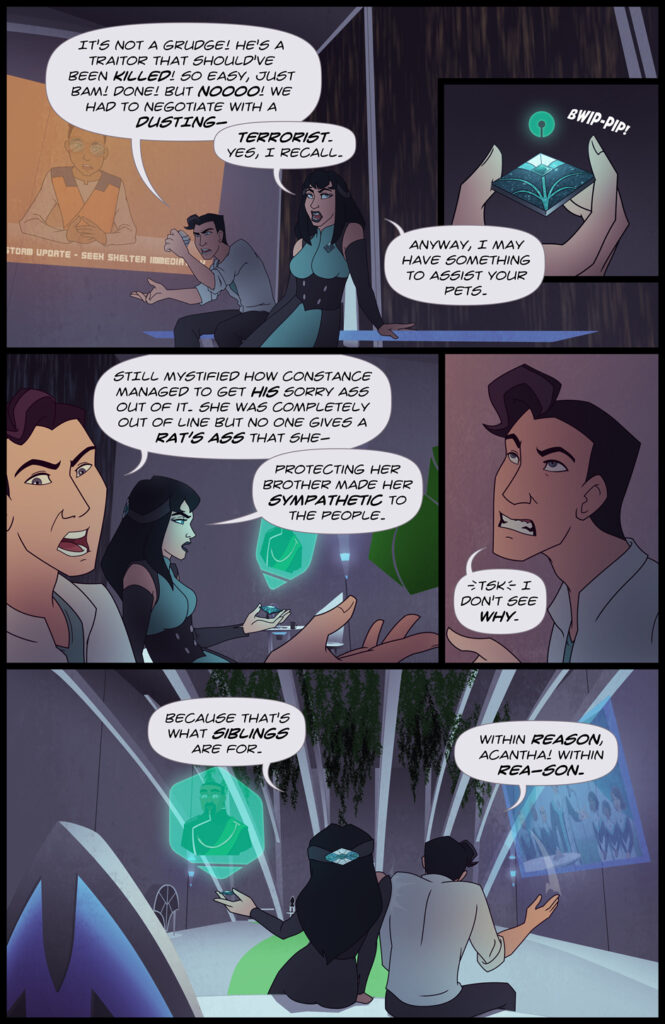 Logan’s ranting again, but Acantha has a lead that might make things interesting. 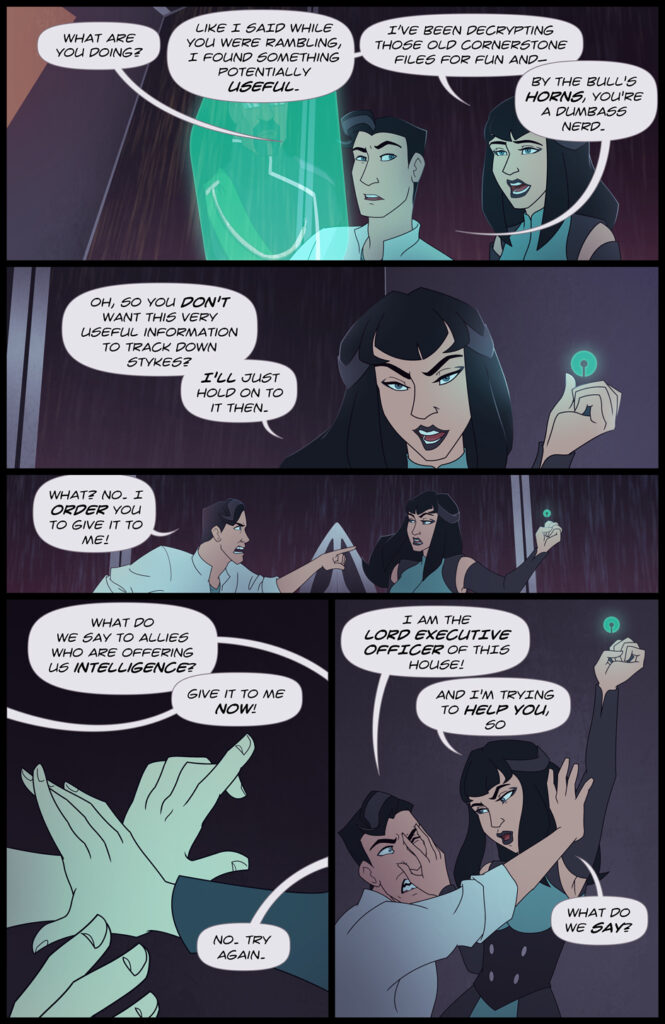 Acantha’s not having any of Logan’s sass. After the abrupt fall of High House Cornerstone, a surprisingly large amount of previously classified data from Cornerstone’s private archives has found its way into the hands of other organizations. While most of it is heavily encrypted, there are ongoing efforts to unlock the secrets held within. 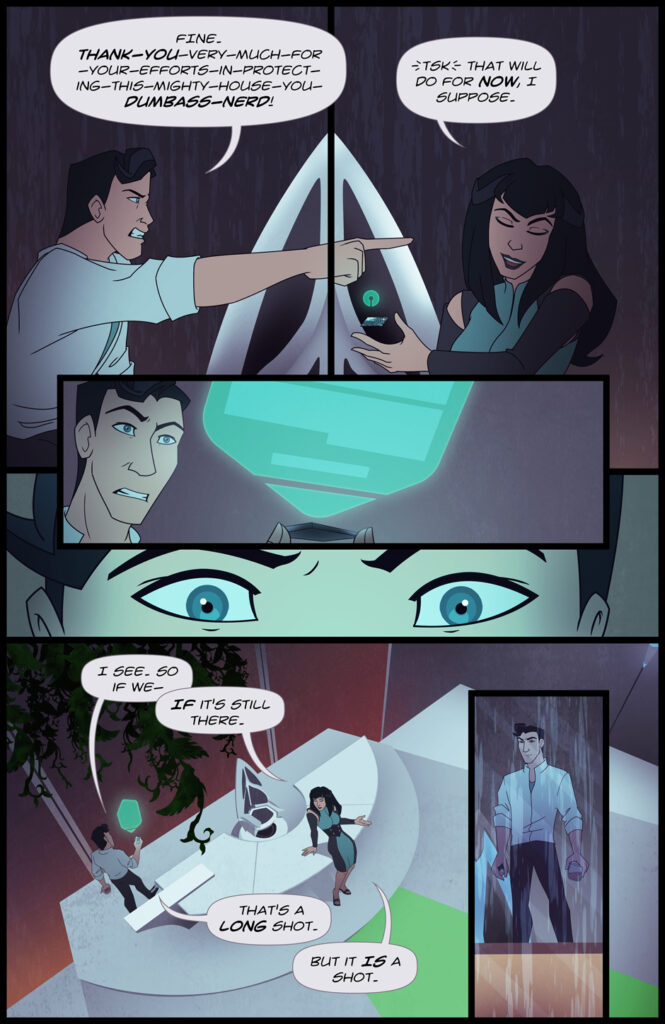 Uh oh. The Pierce siblings are getting along again. Join us today at 12PM EST, 9AM Pacific for the YouTube premiere of our very first animated short “Kamikaze: Trial by Fire!” LINK 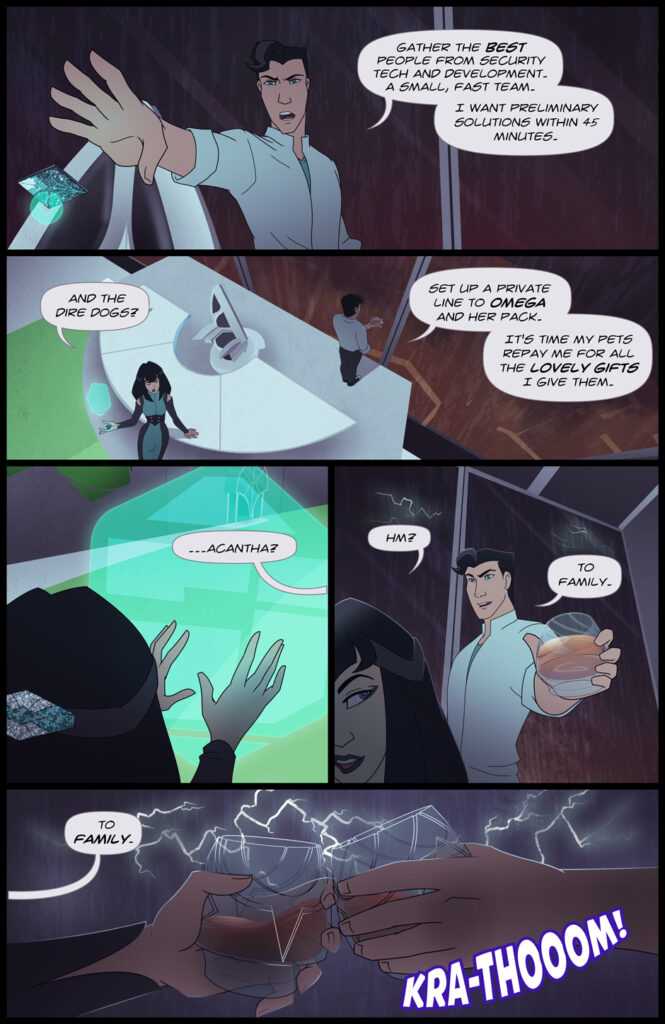 Logan’s got a new angle to hunt down, and he’s letting Acantha and the Dire Dogs loose to do what they do best. So ends Act 0! We’ll be taking a short hiatus to build up for Act 1, but as always we’ll have some juicy hiatus content for you next week! Have you watched… END_OF_DOCUMENT_TOKEN_TO_BE_REPLACED