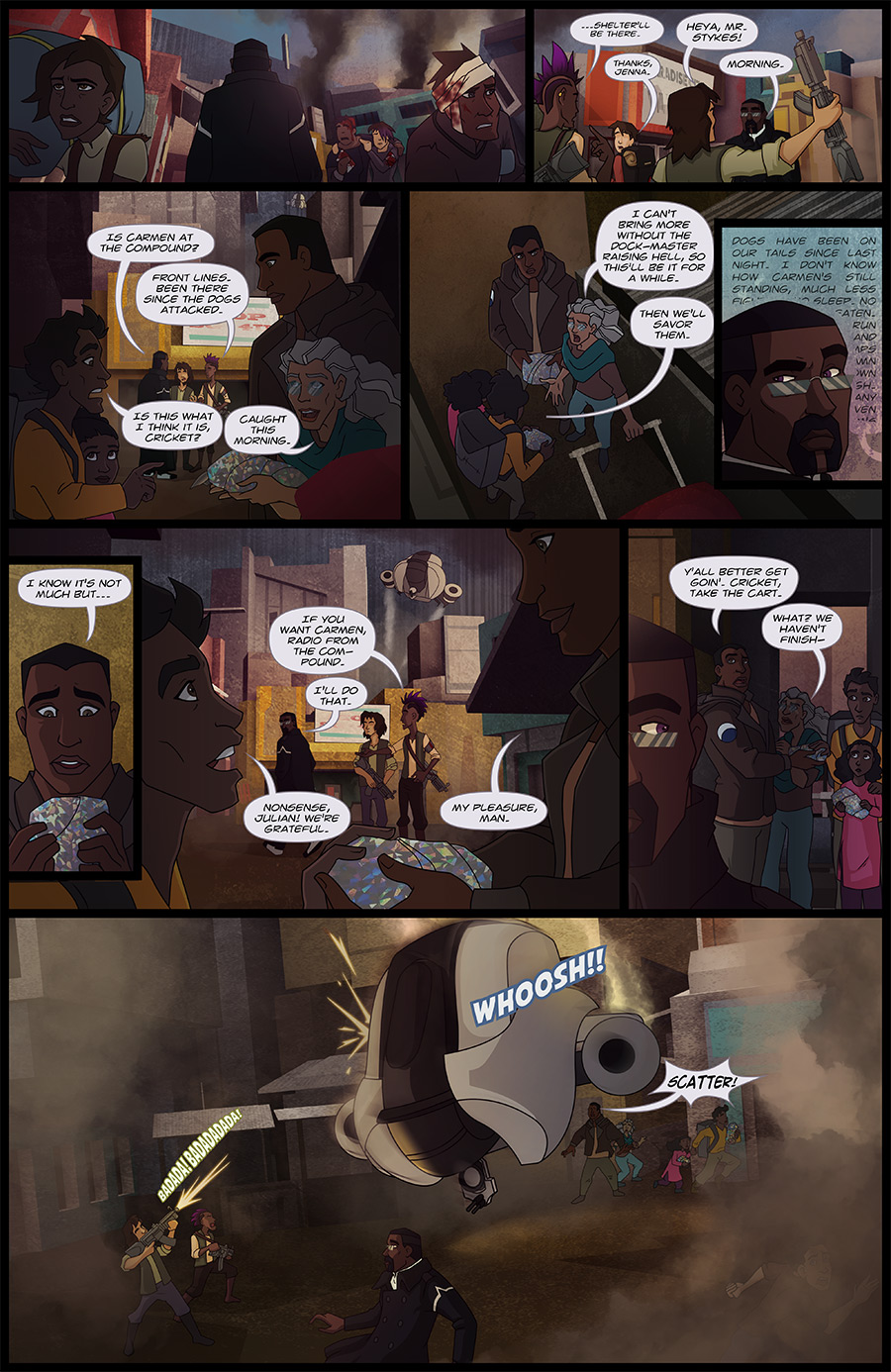 Orson pauses on his way amid refugees, helpers, and an unexpected splashy entrance.

Julian Foster: Illegal grower and distributor of food. Shy activist and humanitarian with a big heart and even bigger hands. Overly attached to his jacket.

Say Hello to Cricket, one of our Kickstarter Cameo backers! As a fisherman she helps Julian by sneaking fish from her own catch to hand out to the hungry.

The Trinity River is not only a water source, but a heavily controlled food source. Fish are one of the staples of Trinity. When fishermen haul in their catch, the dock-master insures the Inner City gets first pick. Fish species such as trout, bass and the rare salmon are favored by the Inner City. Catfish, carp and the odd turtle are ground together, canned and sold to the Outer City as “lake fish.” Access to fresh fish is strictly controlled, and fishermen can only take home a few pounds of their own catch each month. Citizens interested in fishing for their own meals risk being shot on sight for poaching Trinity’s resources. The only animals one could get away with catching for a meal are frogs and snakes. These critters have become an expensive but favored street food of the Outer City.