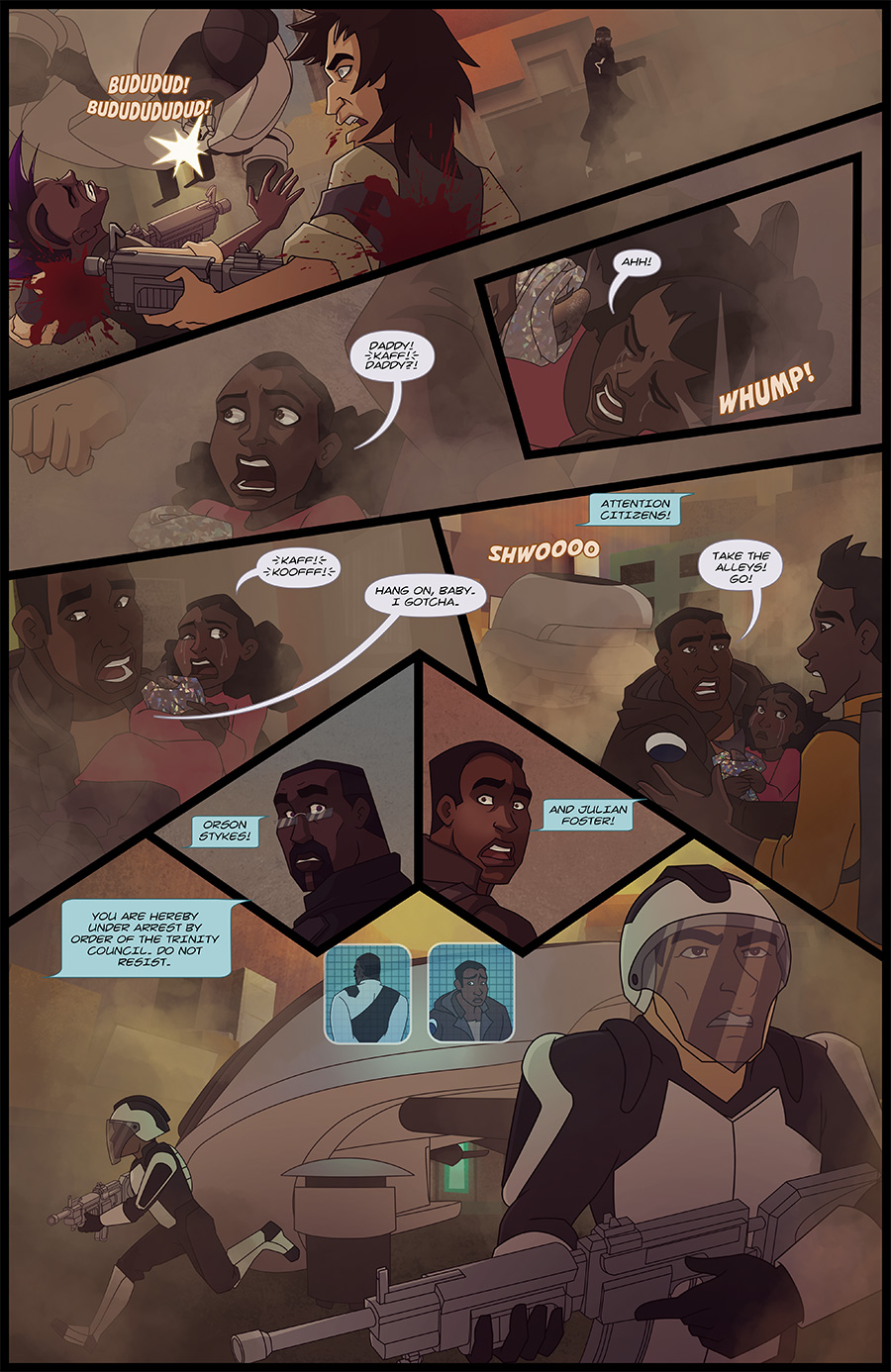 As Outer Trinity streets turn to chaos, Julian plays the hero as Orson runs for cover. Too bad they’re both on the HSF wanted list.

HSF forces aren’t known for their kindness or patience with Outer Trinity natives. The HSF’s shoot-first-ask-questions-later approach makes for a populace that distrusts them at best and actively flees in terror at worst.