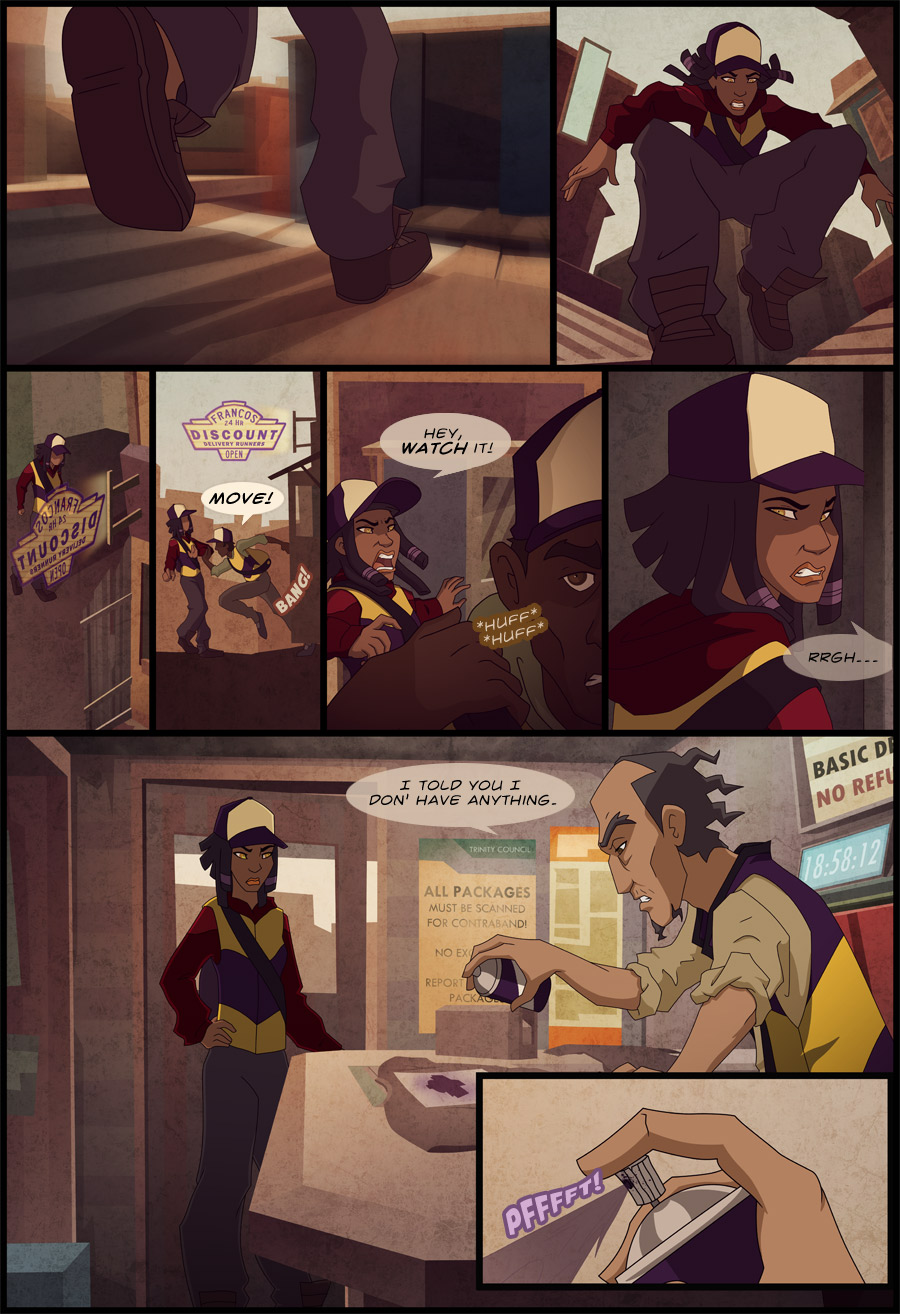 Markesha isn’t going to take no for an answer from Franco.

Regulations regarding the shipment of contraband is one of the few areas of concern where the High Council of Trinity will regularly extend its influence out beyond the Wall. High Houses often rely on their sponsored gangs to act as enforcers, but will also periodically assert direct action against violators. As a result, it is mandatory for every package moving through a courier service to be scanned. The scans are then crosschecked against a long and often contradictory list of banned items. While a hassle, most courier services would rather make a good show of complying than face the brutal consequences that could put them out of business for good.