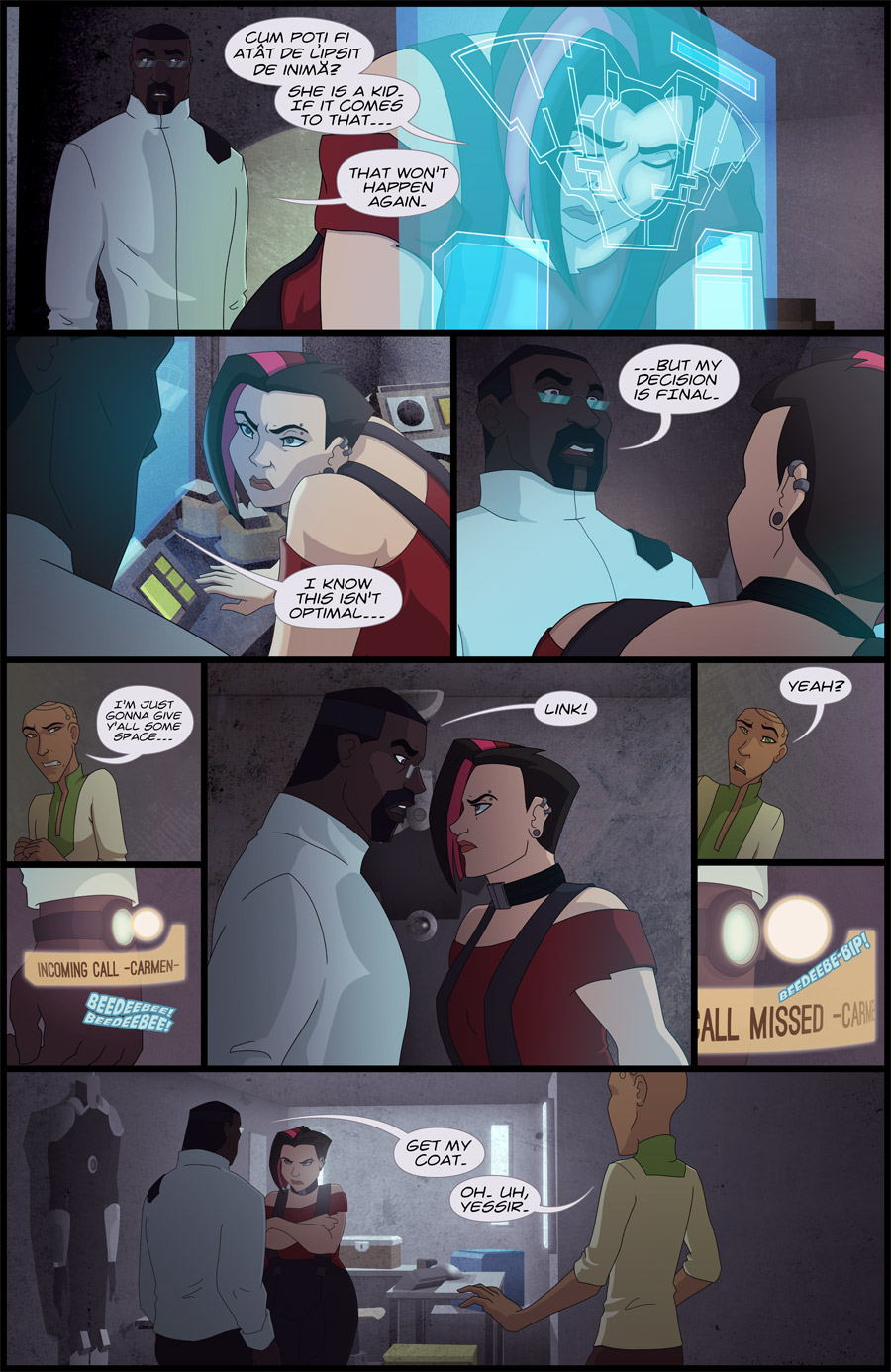 Audrey and Orson are ready for a proverbial throw down but a call from Carmen comes just in time.

Orson’s team has been together for multiple years, and in all that time Audrey’s managed to get quite good at speaking English. Meanwhile, Orson and Link haven’t really bothered to learn her native languages. Most of the time they use context clues: If Audrey’s yelling at her equipment they know she’s probably saying something colorful, or when she slips a foreign word into an English sentence. In the beginning the language barriers made things difficult, but over time Audrey’s gotten better and the guys have managed to figure out some words. Every now and then after long talks with his engineer Orson will find himself saying “Da,” instead of, “Yes.”

The Kamikaze: Volume 1 Kickstarter is 85% funded with 18 days to go! Get your printed edition of Episode 1 with tons of bonus content while supporting the Team.
Speaking of bonus content, check out these spectacular pieces done by guest artists Amber Chen and Dan Howard. Prints of these beautiful paintings will be sent out to every spectrum pack backer as one of our Stretch Goals!