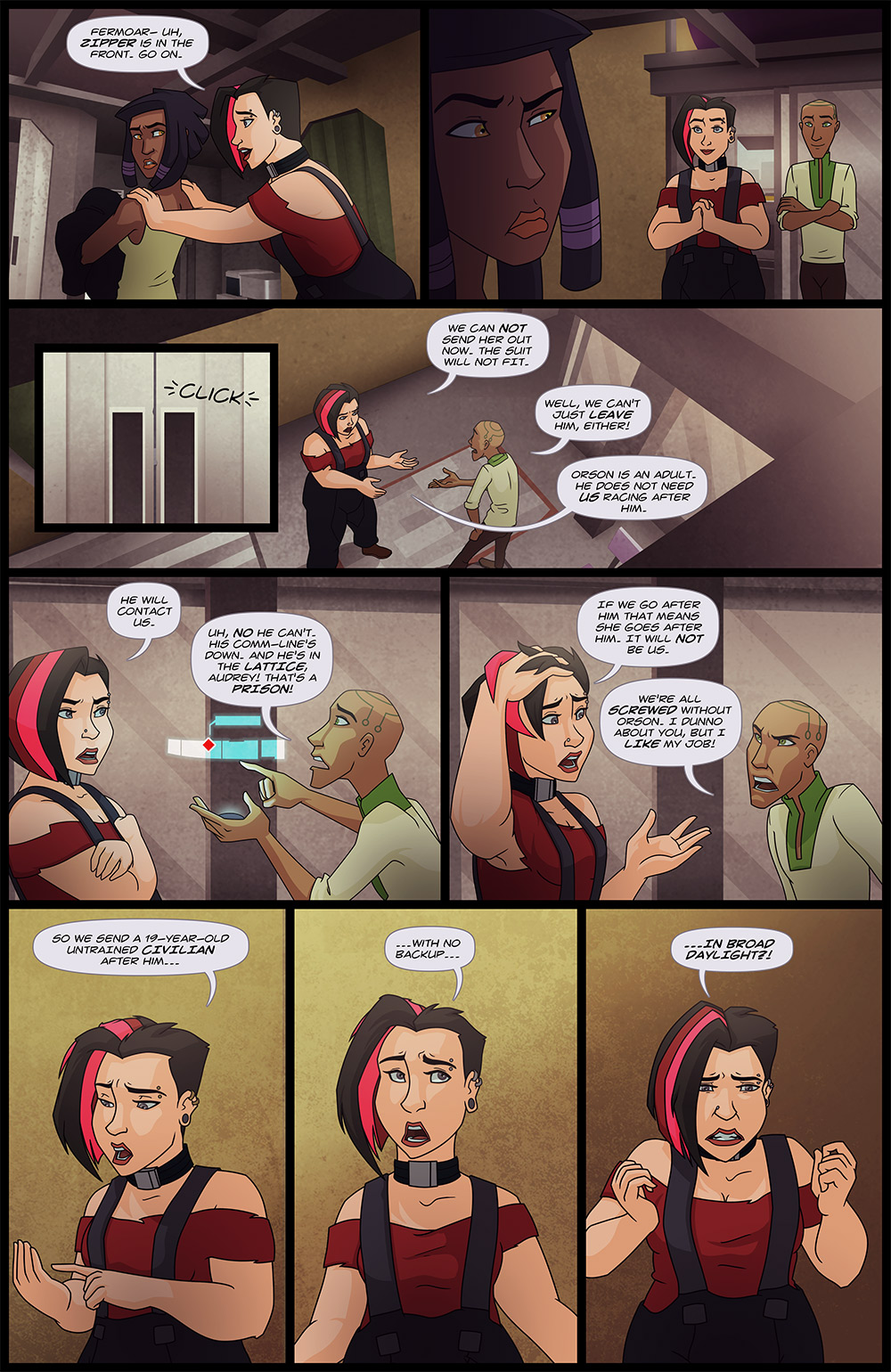 With Markesha distracted by the suit, Audrey and Link debate what to do about Orson.

When a panic code is initiated the comm-line for that person goes dark and the only thing left functioning is the tracer. To the novice intelligence agent this feature may seem counter-intuitive, however there’s a very good reason communication is severed. Let’s say that an agent is captured and their comm-line still functions. An at-risk agent takes a large risk communicating with their team on the comm-line. On one hand talking to oneself is an immediate give away and on the other hand, the instant an enemy realizes what’s going on the entire team is now at risk of exposure. In Orson’s mind it’s preferable to leave a captive agent in the dark than risk your entire operation. The less a captive knows about their potential extraction or total abandonment, the better.