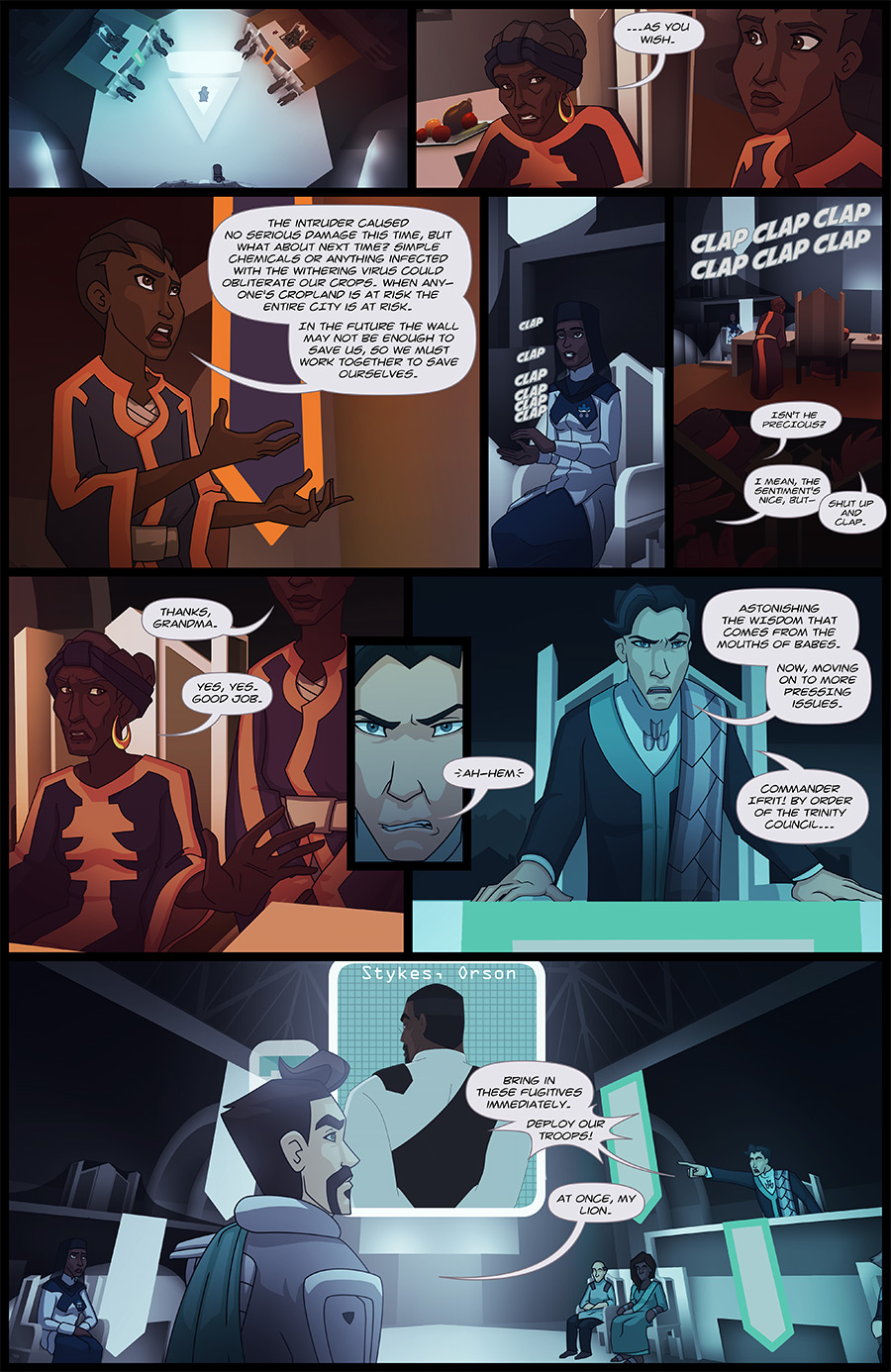 Everett makes a heartfelt, if naive appeal to collaboration for the greater good of Trinity.

So ends Act 0!  Act 1 will start on Nov. 8th, but check back in next week for some cool hiatus content.

Because of the fragmentary competitive nature of Trinity’s power structure, large unilateral deployments of troops are regarded with understandable unease.  Because of this, any major deployment of security forces inside or outside Trinity must be ratified by the Trinity Council.  The logic is that if the three High Houses can all agree something’s worth fighting over, it’s probably not going to mean a sudden and bloody ouster of a wayward House.

From the Official Kamikaze Wiki Entry “Deploying the HSF”