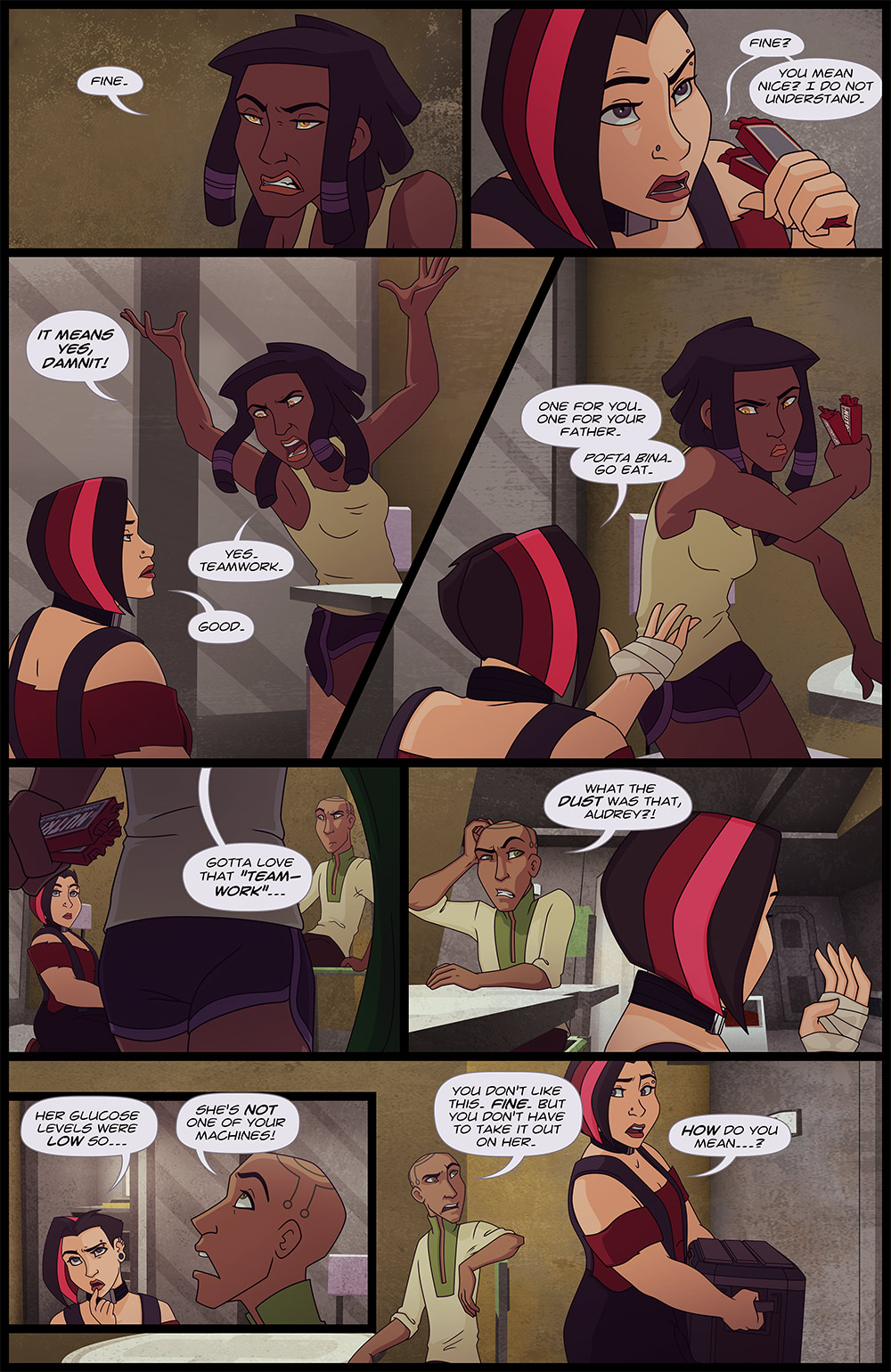 When it comes to Markesha’s pride or a solid meal, the meal wins out. Link calls out Audrey on her problematic behavior.

Smuggling food from Inner Trinity and beyond the wall to the Outer City is a high risk venture with an even higher reward. Most smugglers stick to a specific set of items that they’ll move. The most common food stuffs smuggled from the Halo are canned and dried goods. Fresh foods, such as produce and meats, have to be stolen away from the Inner City or poached from the river. Methods of transport include everything from packing them with cheap electronic shipments, deliveries via utility tunnels under the city, to hidden holes carved into the base of the Wall itself. Orson pays top dollar for quality rations, so his contacts inside the Wall are competitive and eager to work with him.