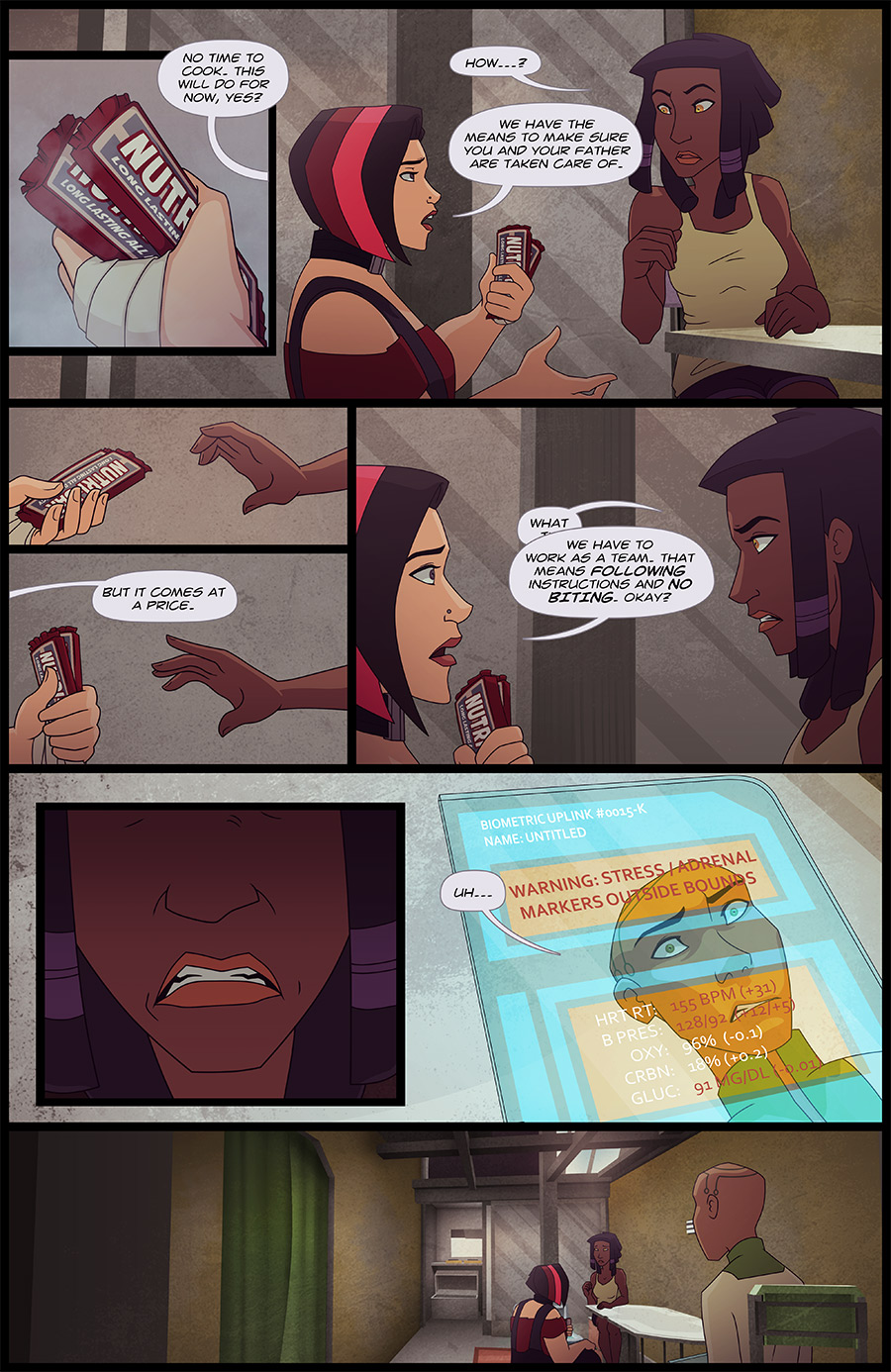 Markesha’s first meal on the job comes with a price…

Using a family heirloom pemmican recipe House Hay created what is their most popular product: a meal replacement they’ve named the Nutri-Bar. Made from a concentrated mixture of fat, dried protein and seasonal fruit this product is as nutritious as it is expensive. With a jerky like consistency the bars aren’t considered fine dining, but used as a utilitarian meal replacement and are especially popular with factory workers in the Halo. Too expensive for those outside the Wall, enterprising Outer City citizens began making off brand knock offs. House Hay was notoriously ruthless to those found forging their food products, to the point that only the very brave or very foolish will risk their lives producing them now. However, smuggling these bars is an entirely different matter. As long as House Hay gets paid they don’t care where the product goes.