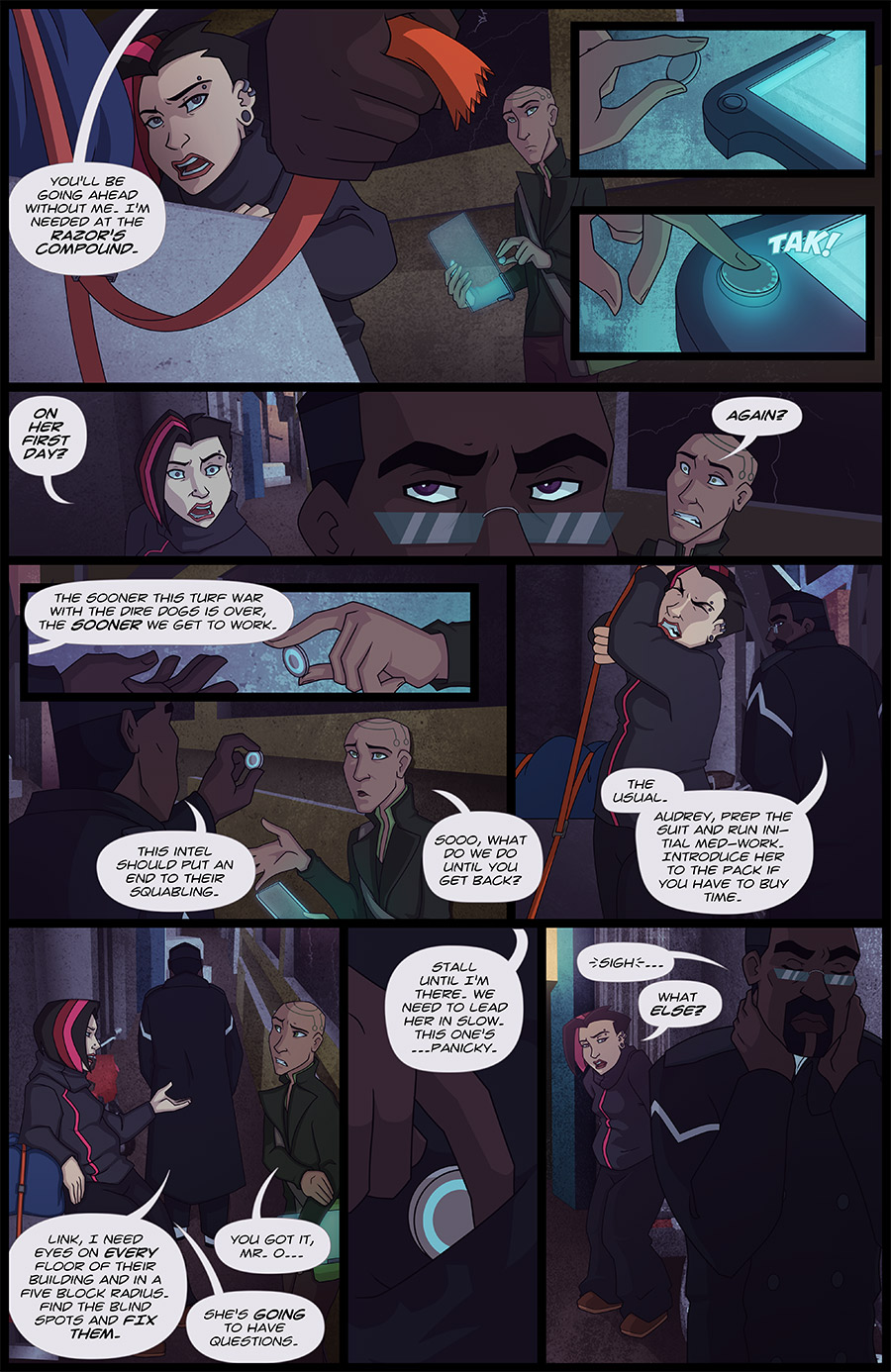 Orson’s got an errand to run, which means Audrey and Link have to get Markesha started on their own. Vote for Kamikaze on TopWebComics!

From an outside perspective, it’s easy to misinterpret Orson’s relationship with the Razors.  Those who even know he works with the Razors often assume incorrectly that he is part of the gang’s leadership.  In truth, he occupies a rare role as an independent “security consultant” for the gang.  In return for high-quality intel and advice, Orson receives protection and a wide variety of resources.   To Orson’s (and Toro’s) estimation, the Razors would not have lasted as long as they have post-sponsorship without Orson’s help.

From the Official Kamikaze Wiki Entry: “Orson’s Role Within the Razors”