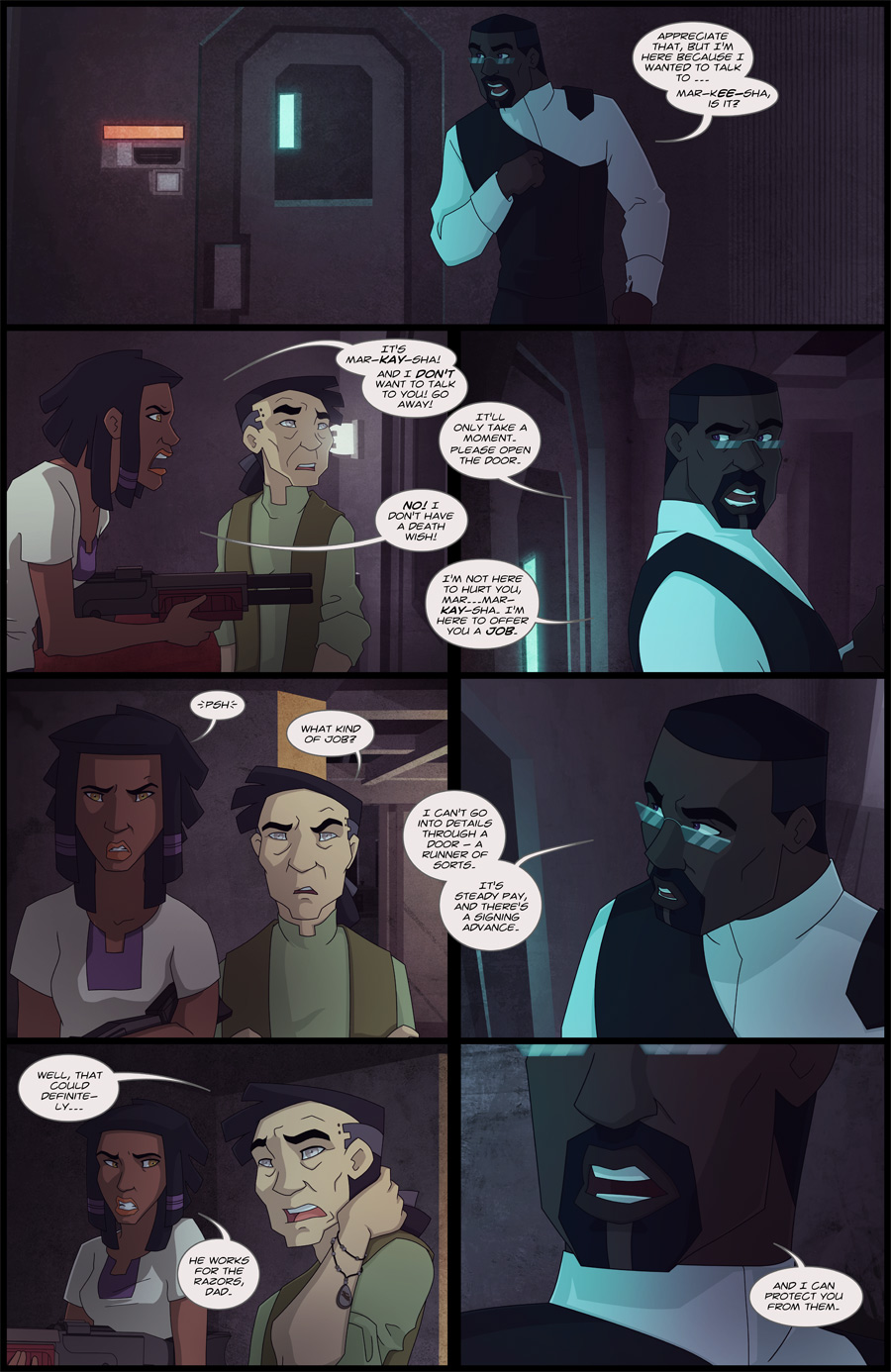 Orson makes an offer, but Toshi and Markesha are rightly suspicious.

When Markesha was born her mother and father had a hard time agreeing on a name. In fact, up until a week after her birth she was only called “Rabbit.” Even though “Rabbit” stuck, she was eventually given the name Markesha. It had been her great-grandmother’s name, and the only one both parents could agree on. Truth be told Toshi couldn’t really think of anything, seeing as all the names he liked he’d given to characters in his (still unpublished) novels.