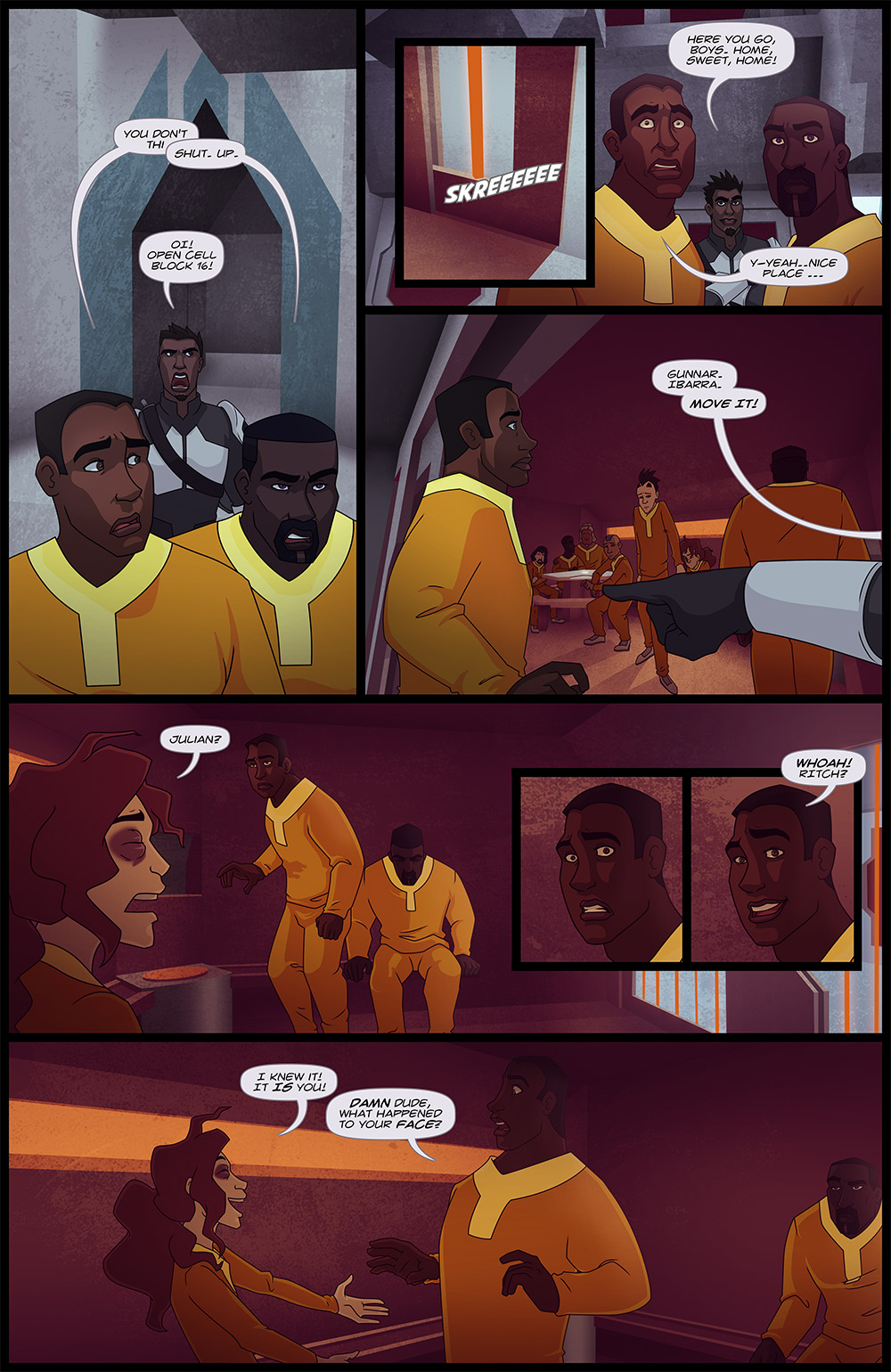 Julian and Orson reach their cell, and Julian is surprised to find a familiar face.

Ritchard “Ritch” Chen. Ritch is a citizen of Trinity, but works for an S.A.D.P. funded aid organization. Trained as a medic, Ritch lives and works in the Outer City. His daily job consists of making house calls to ailing patients and providing relief where he can. Unfortunately, supplies are limited in a city of millions who need medical care and Ritch regularly has to get creative in order to save lives. Due to the near constant gang warfare as of late, Ritch has found himself distracted from his usual patients and elbow deep in more people than he’d like to admit. Ritch was working triage on victims from the Razor/DireDog turf war when he was arrested by the HSF.