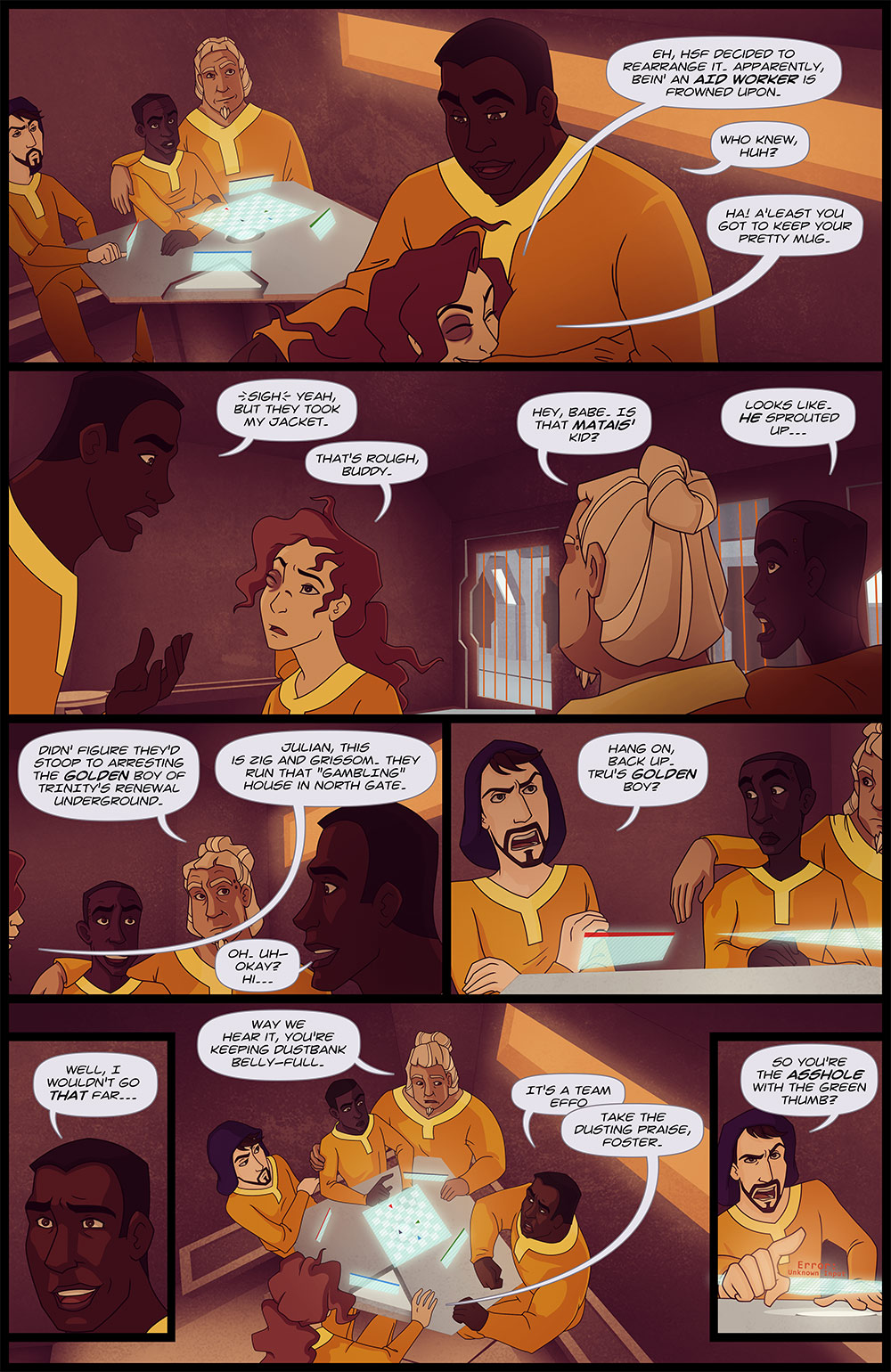 More introductions to characters who seem to know quite a bit about Julian.

There aren’t a lot of large Spyder organizations in Outer Trinity, due mostly to the difficulty of keeping groups of highly independent hackers organized and on good behavior.  The ones which have survived all hide in plain sight as slightly more reputable businesses such as gambling parlors or brothels. The constant flux of money and people hides the torrents of information flowing through the back rooms of the business.