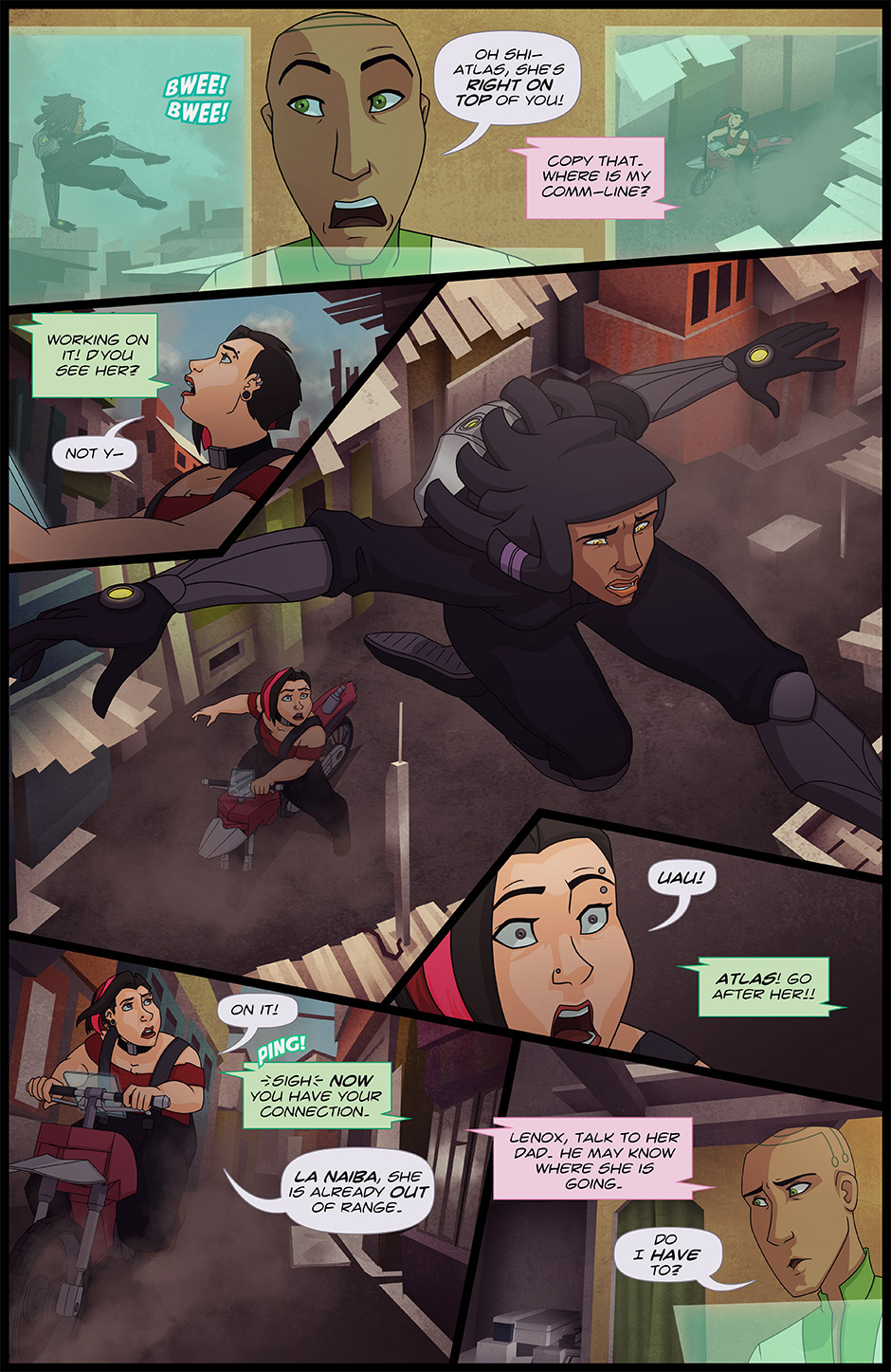 Markesha’s close. Audrey’s ready. But the comm-line? Not so much.

This week readers voted to learn more about the team’s call signs. Vote on next week’s world-building notes!

Call signs are assigned to each team member by Orson, but he’s not a despot about it. Though he has final say, Orson works with each team member to find the right call sign that they’re comfortable with. For his field agents the call sign naming convention is based off of the alphabet for simplicity’s sake: Ajax, Bolt, Cage, Dexter, etc. Support agents, like Audrey, Link and himself are a different story – he stuck with call signs that started with the same letter. The first to come was Audrey. At the time her hold on English wasn’t as practiced and she literally thought Orson was trying to rename her. Once the confusion was cleared she left the call sign up to him. Based on his personal observations of the engineer, Orson thought the call sign Atlas worked well for her on multiple levels. Link was an eager participant in the call sign process. Orson originally suggested Loki, but it was turned down because another Spyder was using it. Link finally settled on Lenox after a legendary Old World program that was considered impenetrable…and because it sounded fancy.

Support the comic! Become a Patron, buy from our Store, or vote for free!