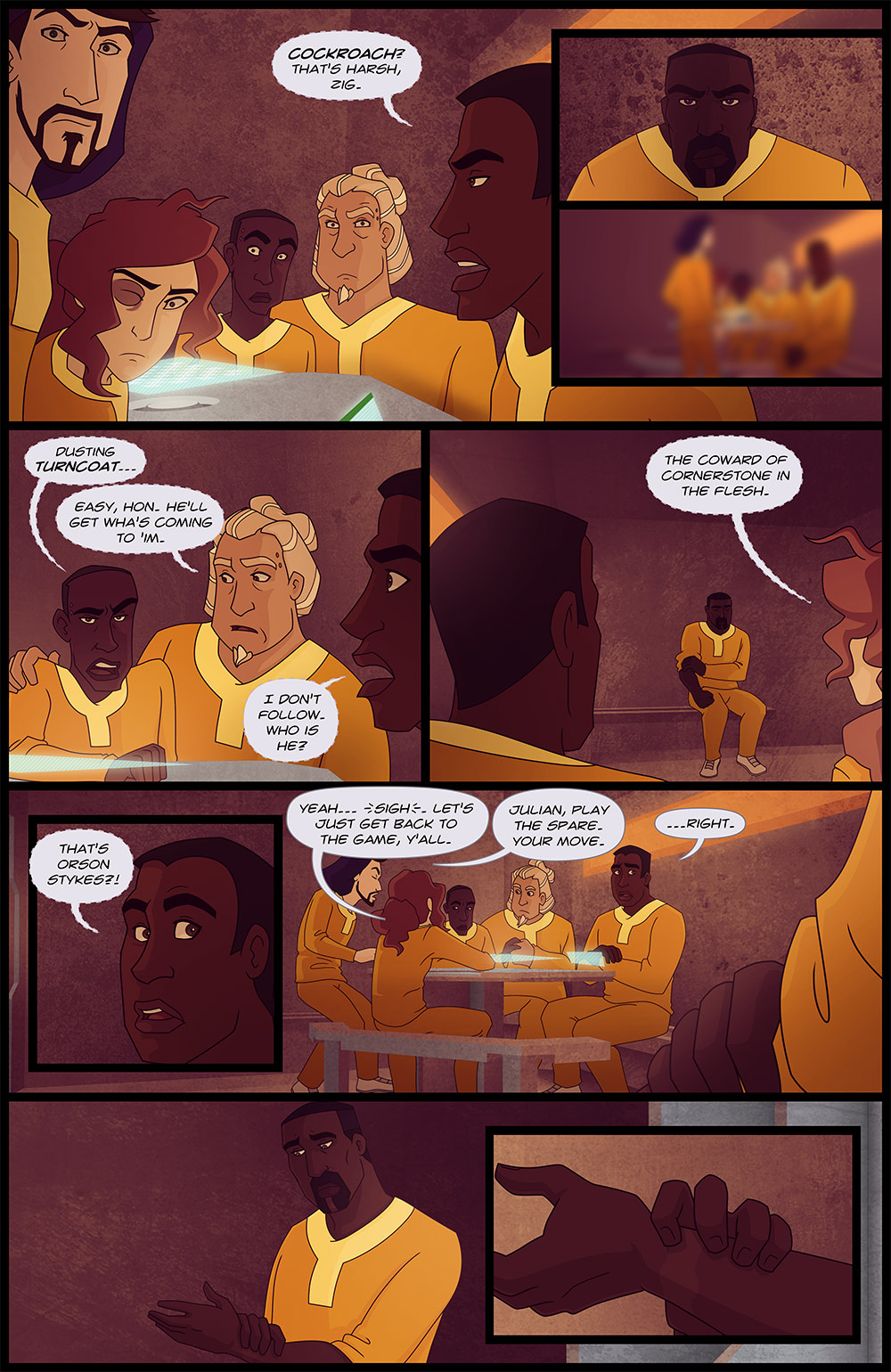 Orson’s less than flattering nickname rears its ugly head, and Julian realizes just who he’s been dragged in with. So ends Act 1! We’ll be on hiatus for the next two weeks, but will be posting art and more worldbuilding in the meantime. See y’all in Act 2!

A popular pastime throughout the America’s, Four Winds is a strategy game that can be played with simple objects many have on hand. It uses a standard set of playing cards, a tiled chess board and player tokens can be anything. Painted pebbles are the token of choice for Outlanders. A plastic or metal bottle cap is the favored token of the Outer City. Elaborately carved tokens made of precious stone or wood are used inside the Wall, and depict personified versions of the 4 cardinal directions. In the game 4 players (or two teams) take turns moving their tokens around the board eliminating their rivals. The last remaining player wins. No one really knows where Four Winds originated, but there are rumors its first iteration was used as a training tool for Outlander raiding parties.