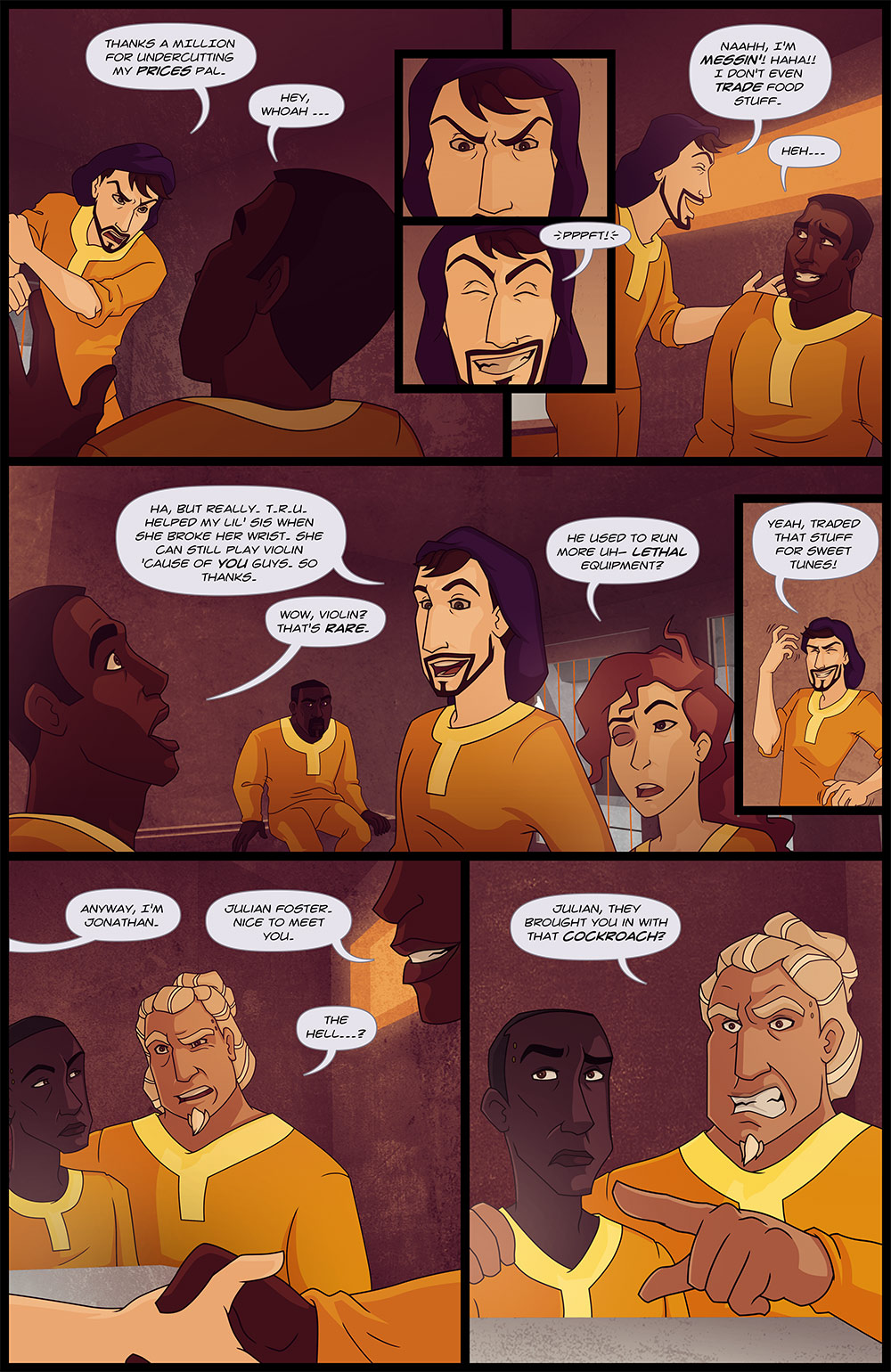 Every smuggler needs a specialty, and Jonathan has a unique inventory when it comes to smugglers – illegal music and musical instruments. Jonathan started his smuggling career as a weapons dealer. The carnage his job resulted in always made Jonathan more than uneasy, and after years of running guns he gave it up to smuggle illegal media. The market for illegal media was surprisingly good, and Jonathan has made a comfortable living by selling digital copies  of old world music, obtaining instruments for all manner of clientele, and recording his own music. The Trinity censorship council has had an eye on Jonathan for years. They were all too happy to charge him with encouraging treasonous views, blaming Jonathan’s newest viral hit as a possible reason for Jackal’s break-in beyond the Wall.