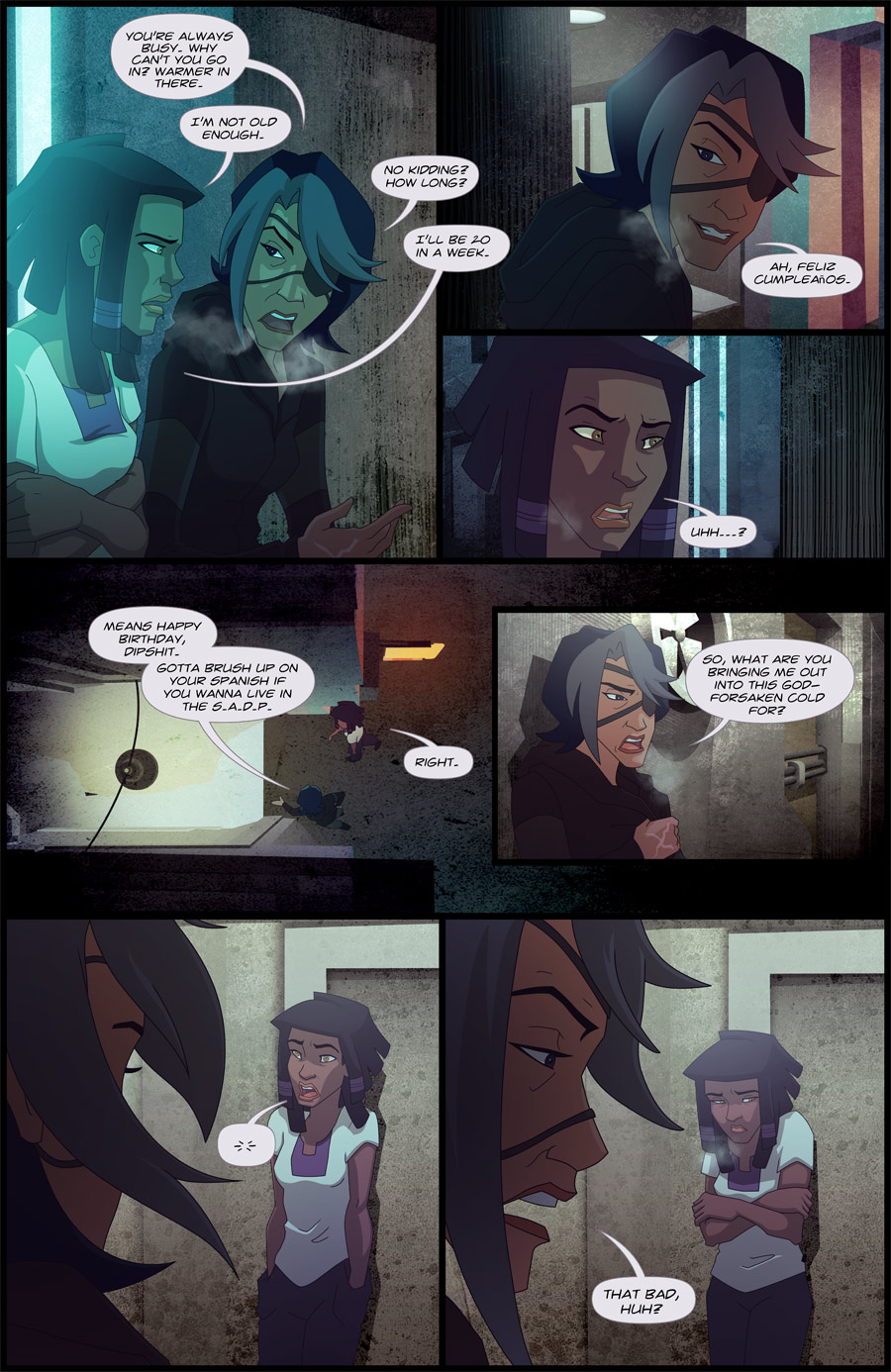 Markesha finds the words she wants to say caught in her throat.

Being fluent in the official language of the S.A.D.P. can be the difference between early admission or five to ten years languishing in the Immigration Processing Settlements (IPS). The majority of people amassing at the S.A.D.P. borders are native English speakers. Enterprising immigrants have created profitable language schools educating the IPS population to speak Spanish. Some teachers make such a good living this way they don’t bother with the process of immigrating.

Kamikaze updates every Wednesday. Follow us on Twitter, Facebook or Tumblr for news and more.  Buy a copy of Volume 1 today to help support the Team!