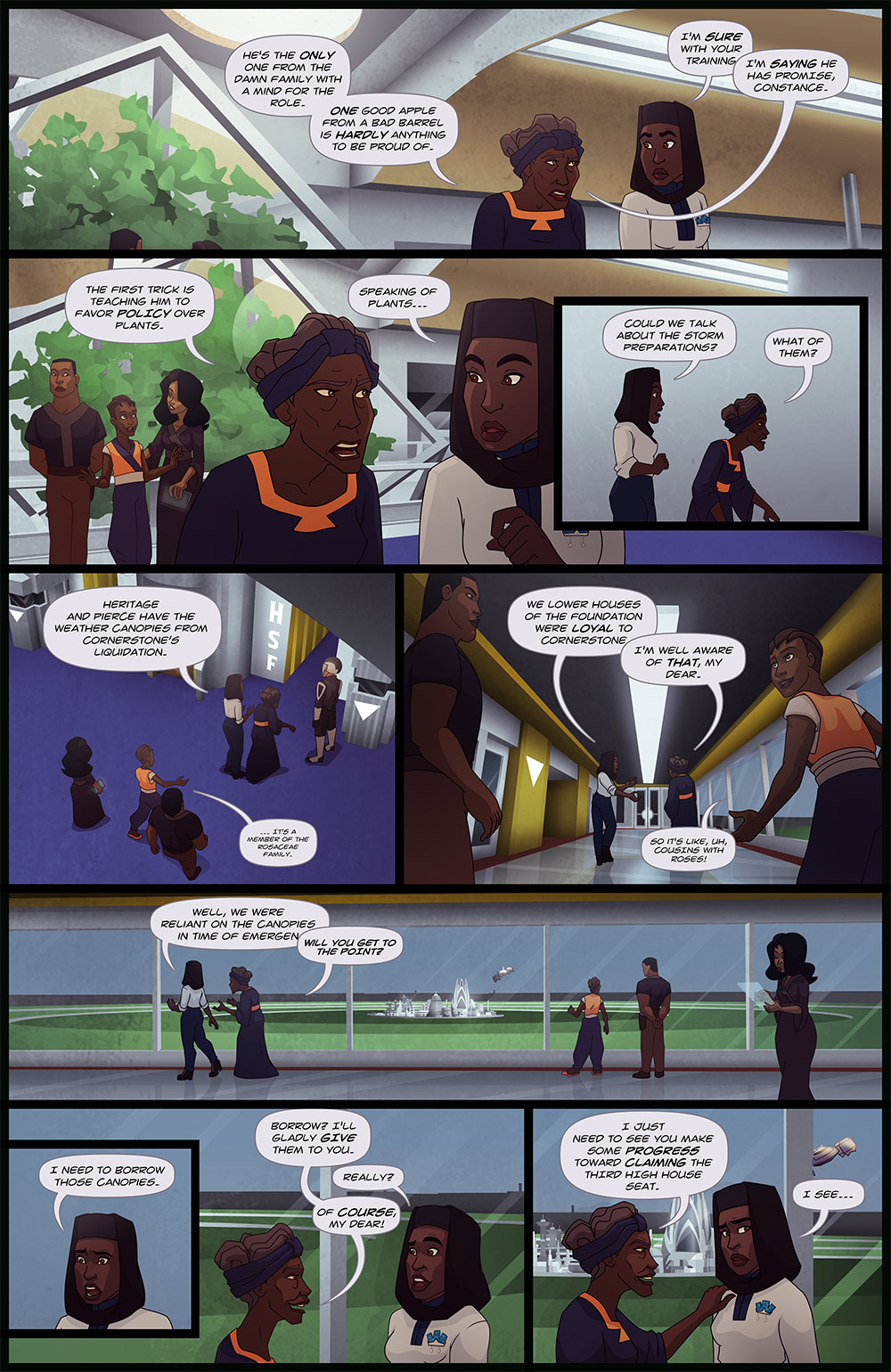 Constance tries to politely ask for a favor but Yvonne quickly has her cut to the point.

Liquidation of a House no matter it’s rank is a glorified auction of assets. In the case of High House Cornerstone, everything that was accessible was hauled off a few days after the mass murder. Equipment, vehicles, and personal objects of the Cornerstone Family were auctioned off to the highest bidder. Days after the first auction The Foundation managed to pass a measure that stalled further “rampant looting” of Cornerstone assets until all of the High House family were accounted for. The measure was popular at first, but over the years the Inner City has become impatient to gain their share of the Cornerstone treasure trove.