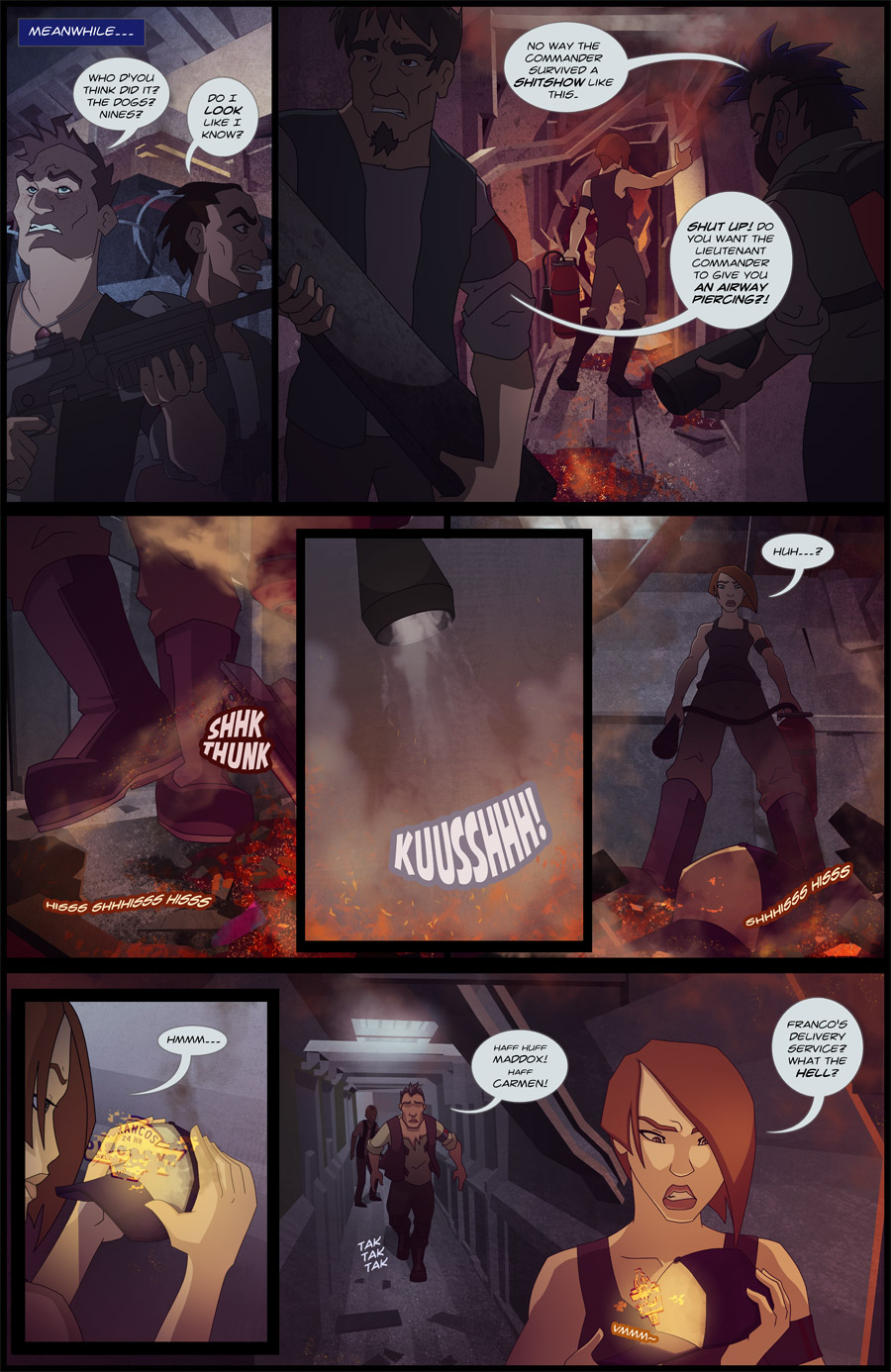 Back at the Razors compound, Lt. Commander Carmen Maddox finds something odd in the rubble of the explosion.

There are three main powers at play on the streets of Outer Trinity: the Dire Dogs, the Razors, and the Nines.  Dominating the outermost reaches of Outer Trinity, the Nines are a force to be reckoned with for anyone crossing in and out of the city. So called for the ever-shifting roster of (more or less) nine warlords and crooks vying for dominance, the Nines behavior can be baffling and chaotic to the uninitiated.