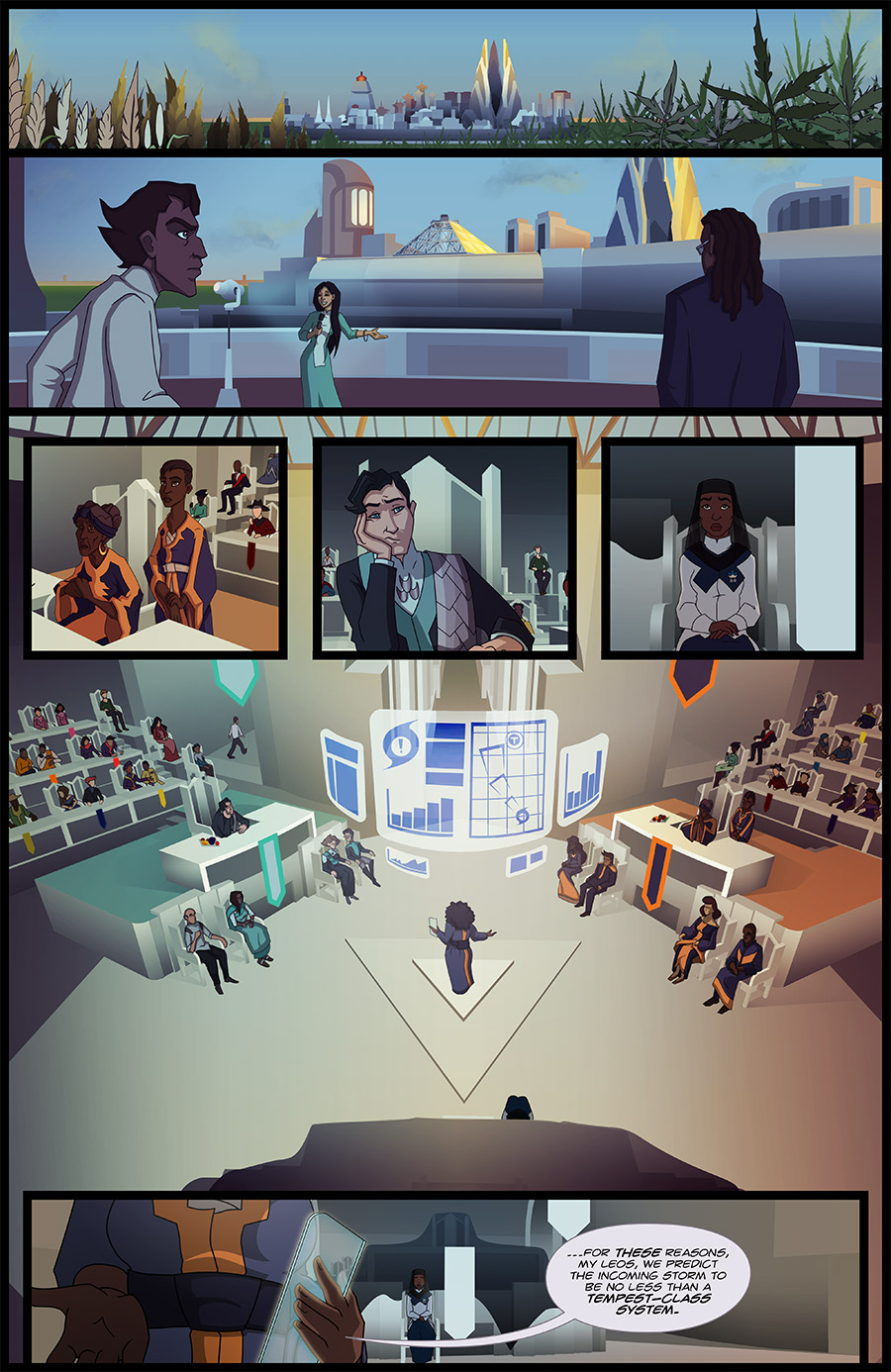 It’s a quiet morning in Inner Trinity, and closed talks are going on inside the Trinity Council about an oncoming storm.

Kickstarter backers! We’re expecting to pick up the books today, so expect an update soon with details on shipping. We are also excited to announce we will be attending the Small Press Expo in Bethesda, MD!

The Trinity Council chambers are made up of different Inner City and Halo leaders from various ranks. Each of these ranks are communicated through where a dignitary sits within the chamber. At the top of the pyramid of power are the Three High Houses of Trinity. Below them are High House representatives, which sit in front of the elevated thrones. From there dignitaries of LEO’s from lesser houses are seated in the chambers according to which house their loyalties are aligned to. Those with more power are sat closest to the front, while those with lesser influence are pushed toward the back. 10 years ago representatives of houses within the Halo were finally granted rights to join the Council. These dignitaries are seated alone and in single chairs to the sides of their betters. They’re brought in to observe and advise, but only permitted to speak when addressed by those of higher rank. The ‘seen but not heard’ attitude that permeates roles of Halo leadership within the council has caused a festering resentment among the visiting representatives.