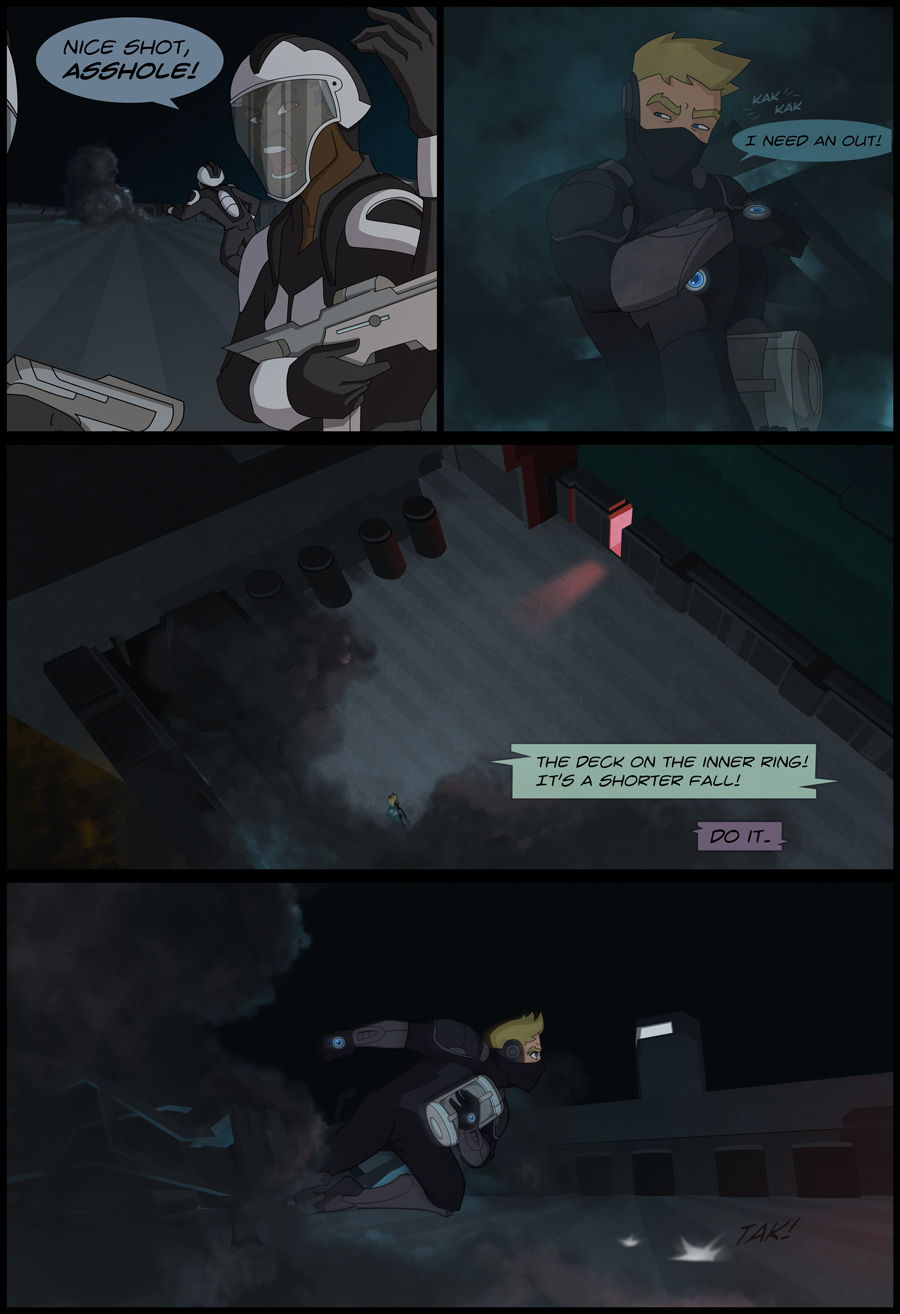 His escape route to the Outer City cut off, Jackal’s team sends him toward an alternate route.

The Wall itself houses another population inside it’s structure. Known as the Halo, this area houses factories, living quarters and shopping districts for the lucky ‘middle classes’ who live inside. An observation deck is perched on the Wall’s inner ring, allowing it’s inhabitants a chance to enjoy the view of the blue sky, croplands and the Inner City.