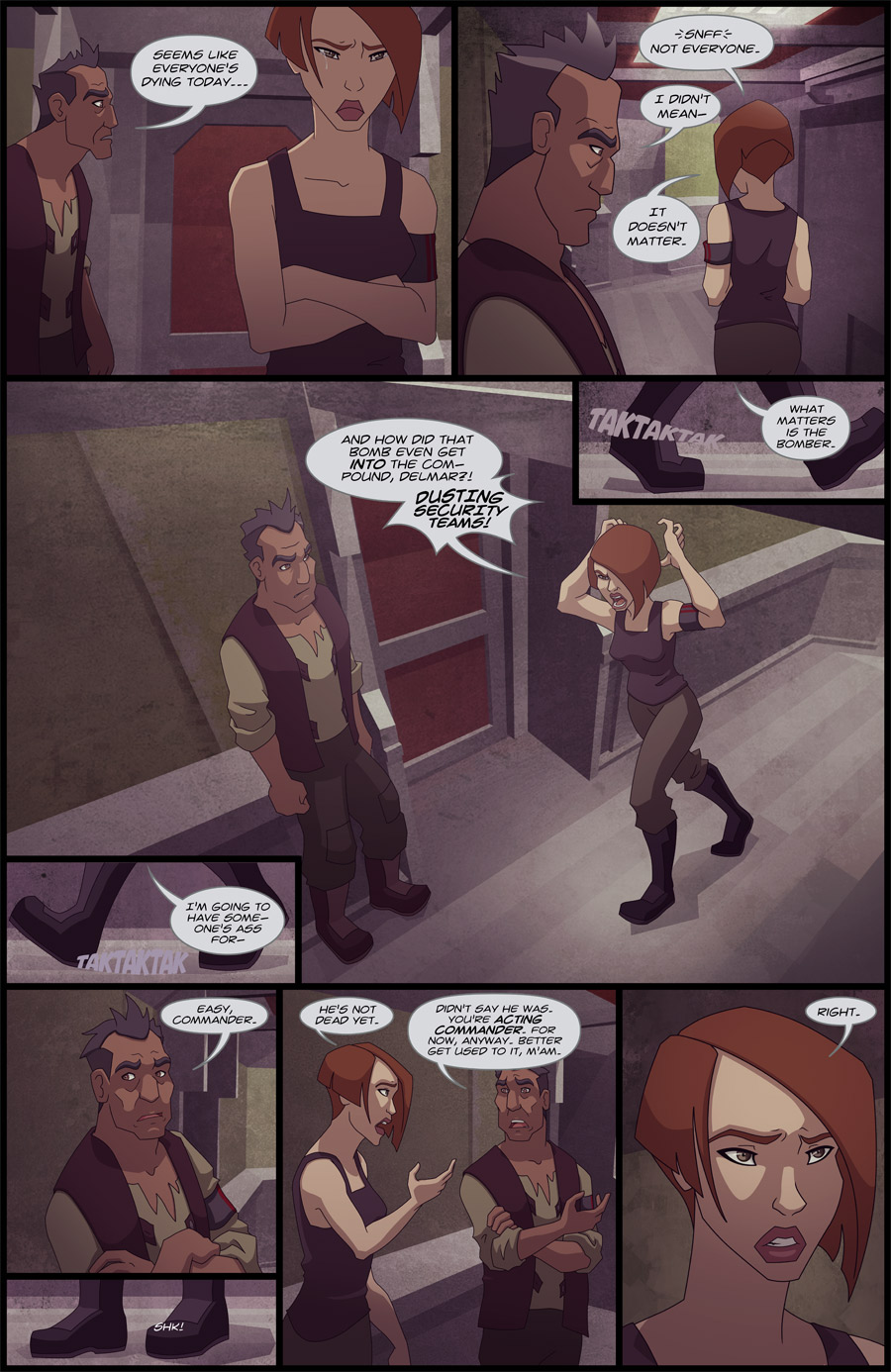 The weight of responsibility for the Razors has been thrust onto Carmen’s shoulders. Internally screaming might be an understatement.

The Razors ranking system is a simple system of sashes tied to the upper left arm. A person who wants to join the Razors must go through a period of prospect. They’re given a grey sash to denote their rank, and given menial work for a period of time, until they’ve proven their worth to their betters. New prospects are voted into rank of first blood, and wear a grey sash with a single blood red slash. First blood is where pretty much every gang member will stay for the rest of their lives. The only way to go up in rank is to become the Lieutenant Commander.

This position’s voting is overseen by Commander Toro. All gang members nominate a person, and from that pool the Commander chooses his right hand. Carmen Maddox has been the youngest voted into the Second Blood rank of Lieutenant Commander (marked by two red slashes on a grey sash), and the longest living since appointed to the position two years ago.