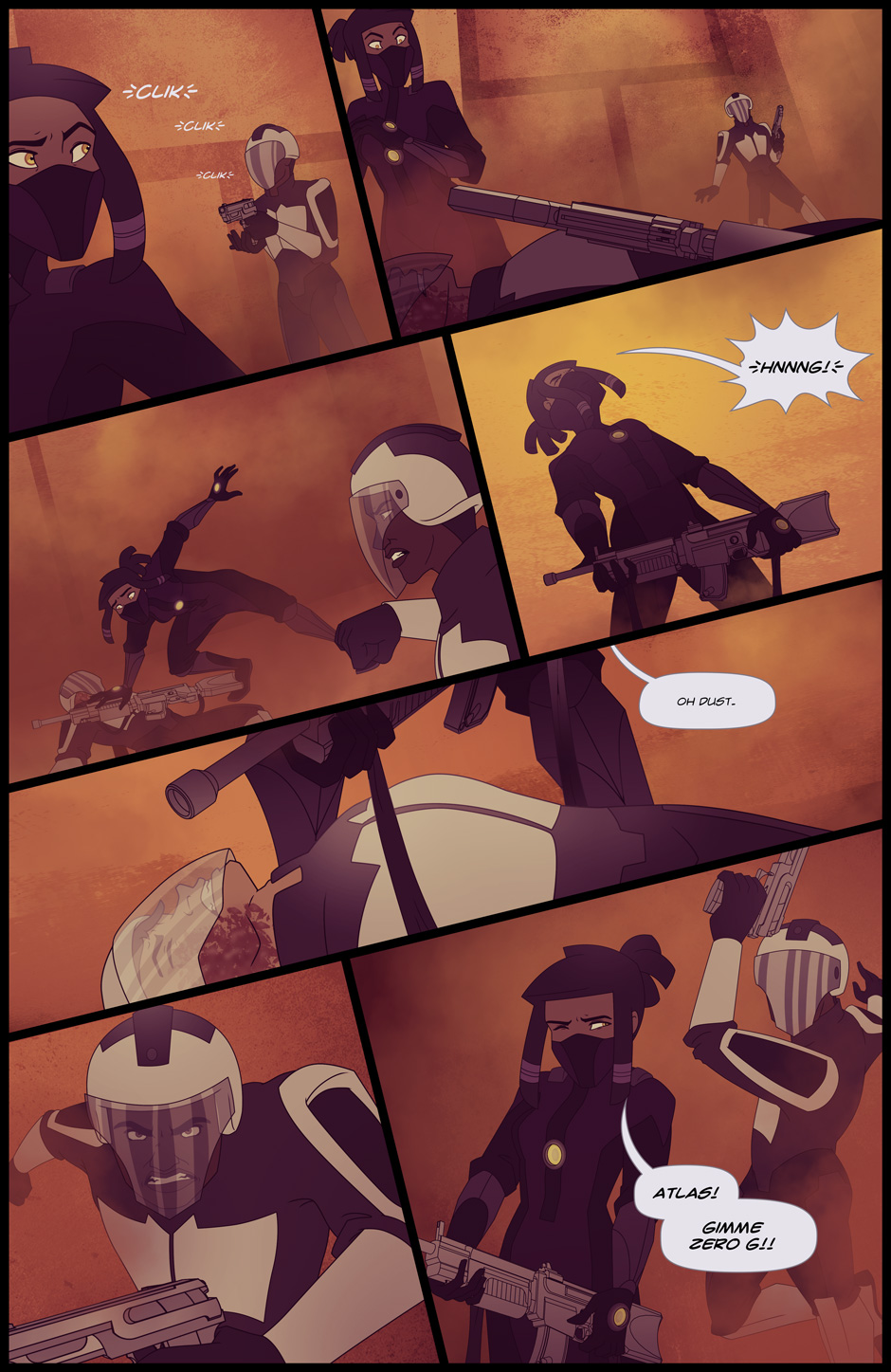 Markesha’s staring down an empty barrel, but that doesn’t mean the dangers past.
Ammunition among the HSF Lattice guards used to be free for the taking. A guard could take as many weapons and ammo as they wanted, resulting in prisoners being guarded by HSF guards armed to the teeth. It was almost a game to see who could do their job with the most weapons strapped onto their backs. One would think a well armed guard is a good thing, but this was proven to be a Bad Idea(TM) during a prison riot 20 years ago. Prisoners drugged the guards, took their plethora of weapons and the keys releasing EVERYONE inside. The convicts fought their way out of the Lattice, though the East Gate Halo Security check point, into the Outer City and then disappeared like dust on the wind.

Ever since, all weapon and ammo requests deemed “excessive” are docked from their pay at a vigorous hourly rate.