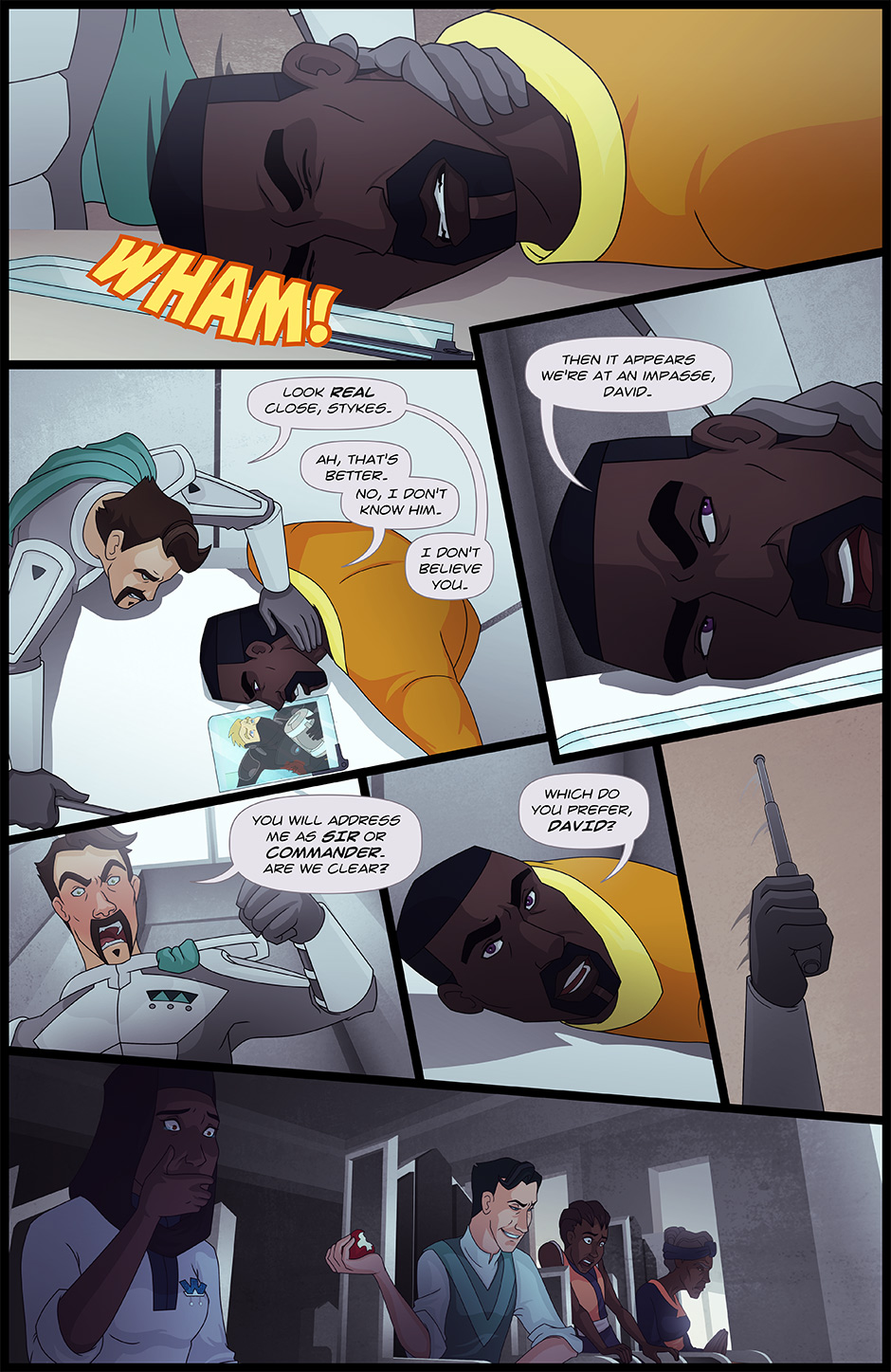 Orson succeeds getting under Ifrit’s skin and pays the price for it.

As Commander of the HSF, one has the entire army of Trinity’s Halo Security Forces at their disposal. They report to and work directly under the Trinity Council, but have the freedom to do as they see fit to keep the last defense of the city protected form the outside world. While the role comes with plenty of power, the Inner City has had to add checks and balances to the role. In the 200 years of Trinity history, 23 HSF Commanders have been sentenced to exile or death due to Inner City paranoia of a coup. Wield your power too loosely and the role could cost you your life. Commanding the HSF is a job that requires a certain degree of political subtlety. David Ifrit has never been a subtle man.