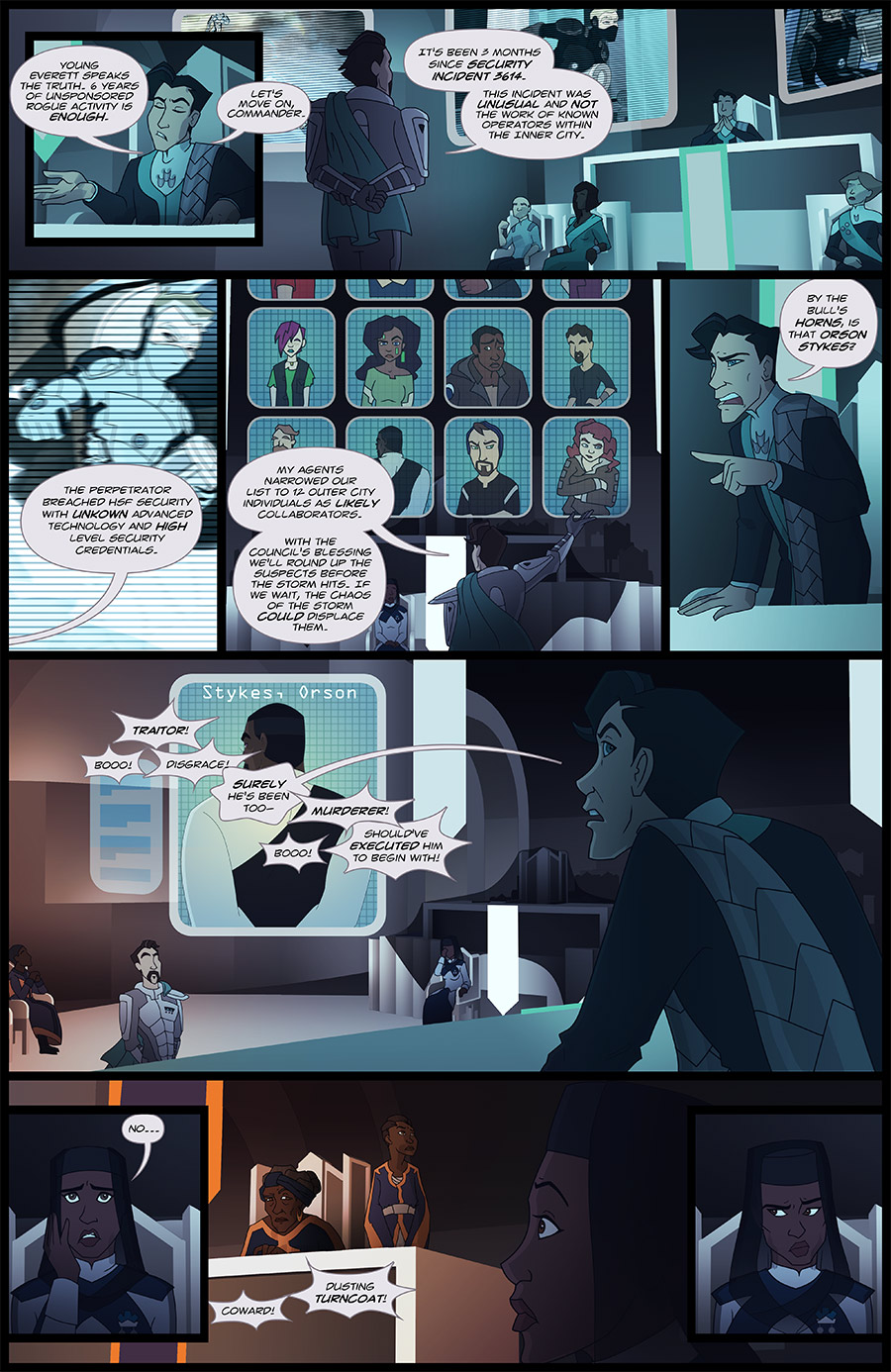 Jackal’s ill-fated mission is displayed for all to see, but it’s not Jackal that catches the Council’s attention.

In the 200 years since the Withering, organized religion has shifted, combined and in some cases simply morphed into entirely new ideas. Most citizens in Trinity follow a relatively new sect known as The Ivory Bull and the Ebon Bear. These deities represent the duality of success and failure. The Ivory Bull representing prosperity and good fortune, while the Ebon Bear represents loss and ill fortune. Adherents worship both deities as two parts of the same whole. The phase, “By the Bull’s Horns!” is a common saying of surprise among the faithful. As such phrases like “Bullshit” aren’t just seen as rude but regarded as downright sacrilegious.