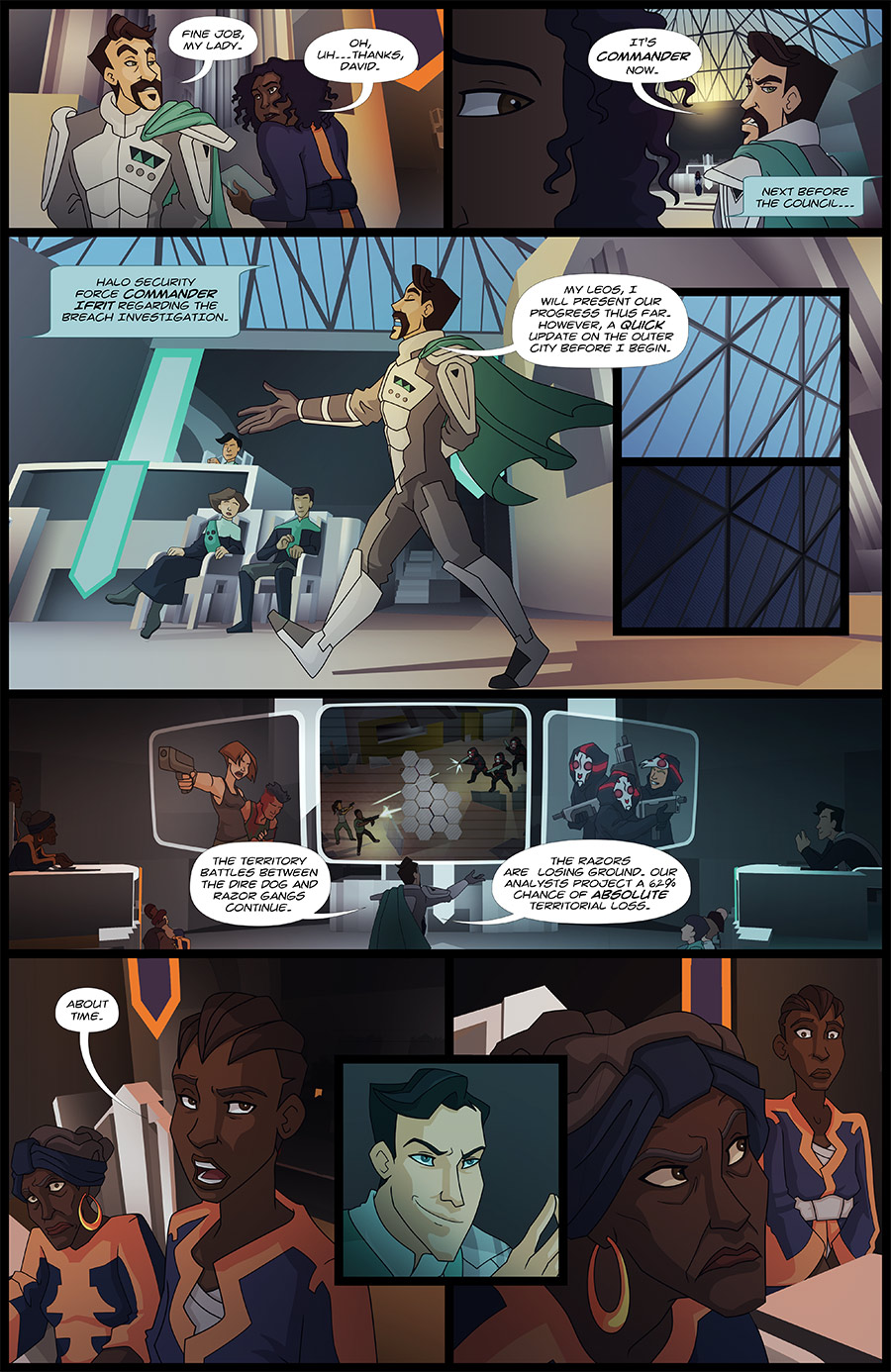 Team Kamikaze is back from Canada, and we’ll be at Anime Weekend Atlanta this weekend! Hope to see you there!

The head of Halo Security Forces is a relatively new appointee, Commander David Ifrit. Having risen through the ranks of the HSF, David clawed his way from living in the Halo to the Inner City. For many years David worked as a security officer for another house before he was hand picked to lead the HSF by Logan Pierce. The HSF Commander uniform comes standard as white, even down to the shoulder capelets that are worn at formal ceremonies. David has tossed tradition and favors a Pierce blue capelet in honor of the house who pulled him to power.