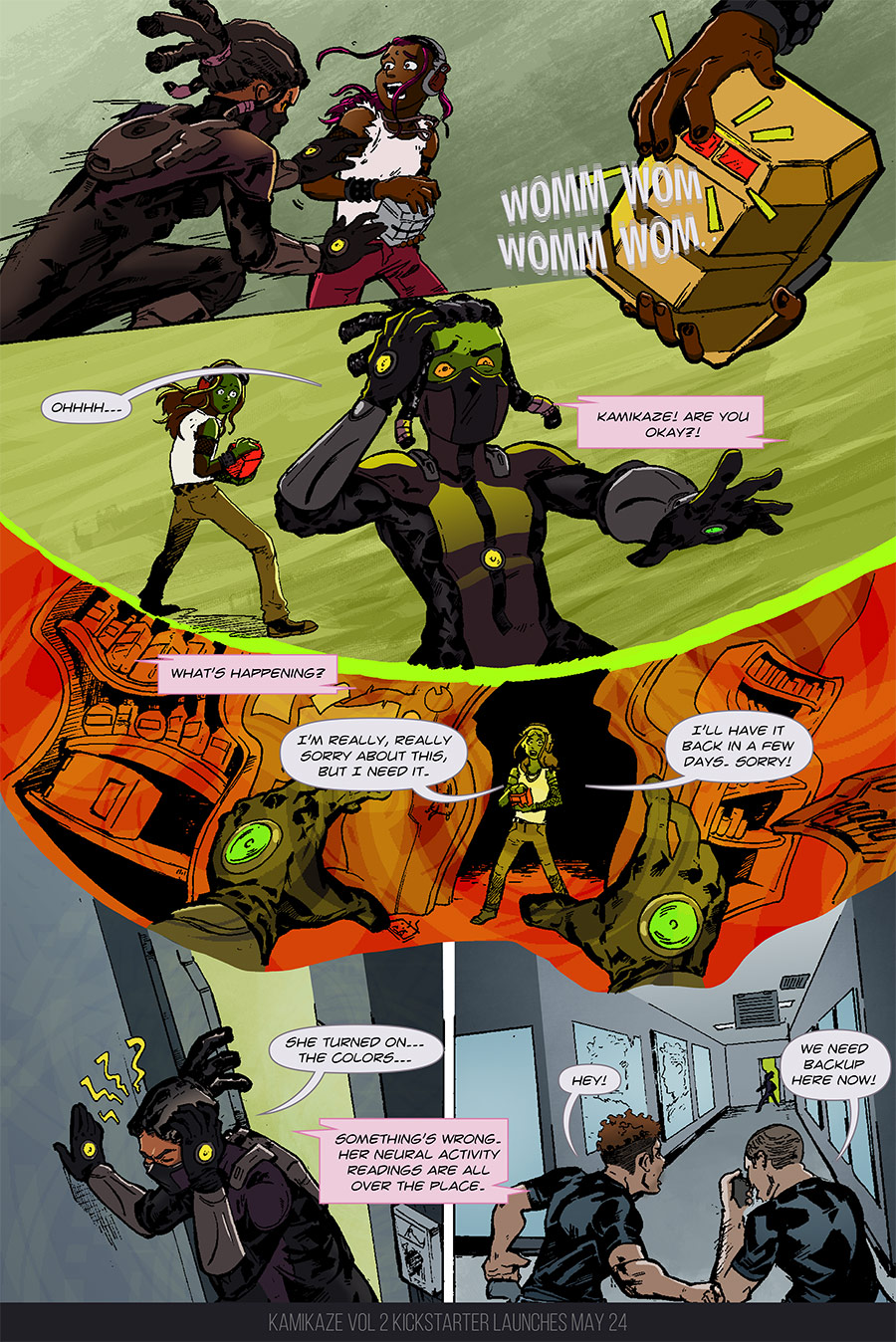 Kamikaze needs that box, but this girl isn’t going to give it up without a fight.

We’re really excited to be officially announcing that the Kickstarter for Volume 2 will be launching May 24th.  Mark your calendars!

Orson has a reputation for his discretion. This has been both a boon to his business and a pain to Markesha. The client often want targets obtained or destroyed without telling the team what they’re actually going after. Generally, the team doesn’t really care what they’re going after as long as they get paid. However, every once in awhile these missions end up leaving Markesha with the short end of the stick. Once there was a mutated racing dog, and then a vial containing a cryogenically frozen virus, but the one Markesha hated the most included a horde of giant gun slinging spider-like drones.

SoundBox is a special hiatus spin-off comic.  Written by Malissa White, with art by Jamel Jones and colors by Hank Jones.

Buy a printed copy of Kamikaze: Volume 1 today to help support the Team!