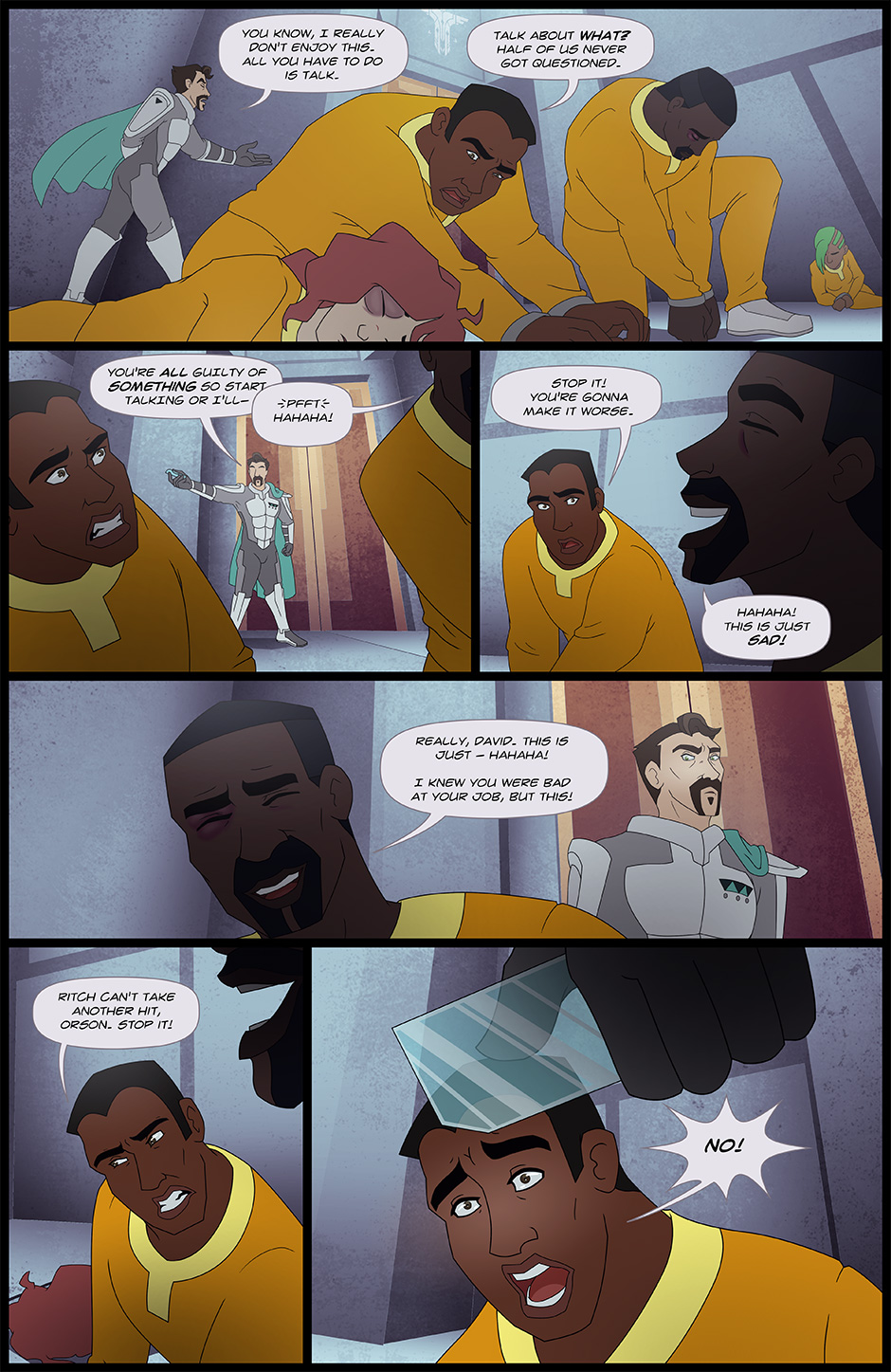 Orson calls out Ifrit’s desperate move for the hilarity it is.

Historically the HSF Headquarters was housed within the Inner City itself. As the Wall grew, and viable building space became scarce, the HSF was relocated to the Halo in 2154. Over the years as the Wall became taller so did the HSF HQ. The foundations of the original offices are now laundry facilities inside the Lattice itself. Now, major HSF offices are at every cardinal point of the wall, but the main HQ is stationed above the Lattice. Recently renovated, thanks to a substantial amount of money from House Pierce, the new HQ is something the Halo has taken great pride in. It sports everything from state of the art forensics labs, HIVE security archives, a Hoverport, and of course an interrogation chamber. The observation gallery was included by Logan’s suggestion.