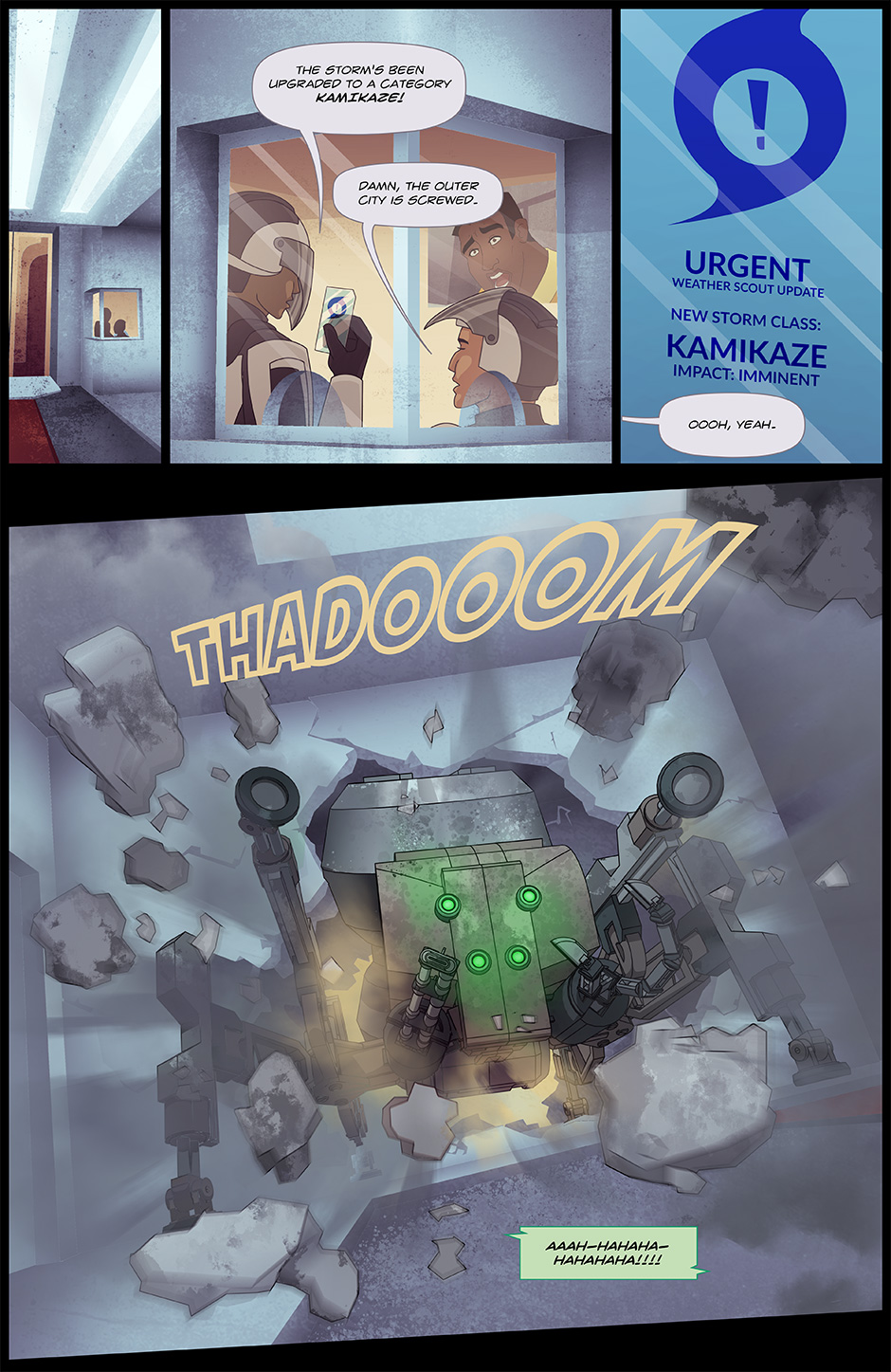 The cavalry has arrived, and they’ve got concrete!

In the times since the Withering, weather patterns have gotten more powerful and unpredictable. Massive hurricanes aren’t only a problem to those crossing the oceans, but a serious danger to those on land as well. Trinity is roughly two hours from the coastline, but a Category Kamikaze storm making landfall can still have the same effect as a High Cat 3 or Low Cat 4 Hurricane today. Flooding, especially on Riverside is virtually guaranteed, where as other parts of the city will face massive wind damage. Houses on the outskirts of the Outer City are rarely left standing, leaving scores of citizens homeless. In the past, the Halo’s lower levels have been flooded, and the Inner City has seen serious damage to not only their cropland but their high-rise buildings.