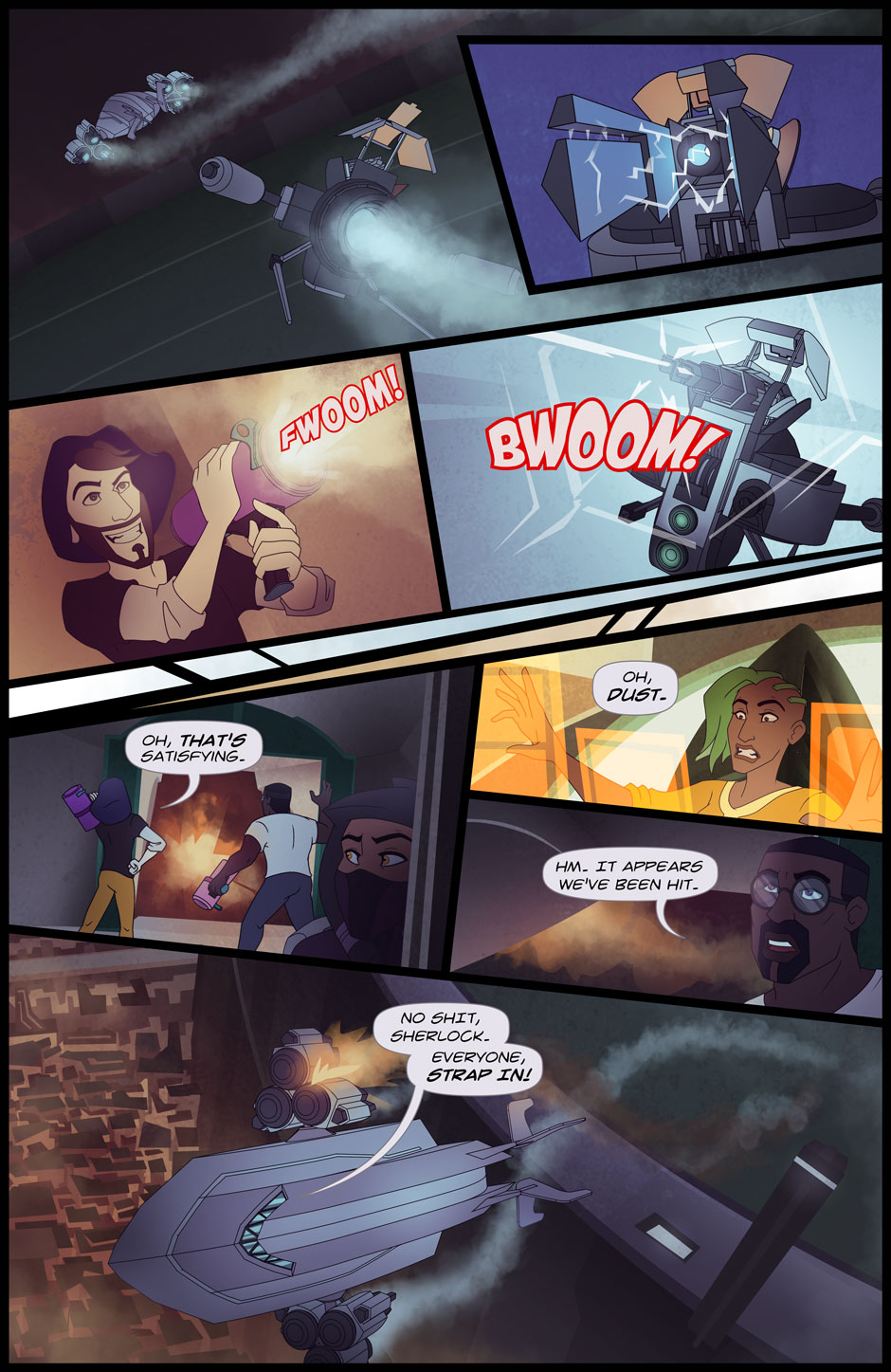 There’s just one Lancet drone left, but it’s got a nasty surprise up it’s sleeve for the new crew of the Dagger!

As a last ditch method of intercepting a distant target, some Lancet drones are equipped with a JOUST module, which diverts engine power to a single-shot railgun. Deep research has gone into where the name came from, where and when the technology was introduced, and what exactly JOUST stands for, but the answers seem to be lost to the sands of time.