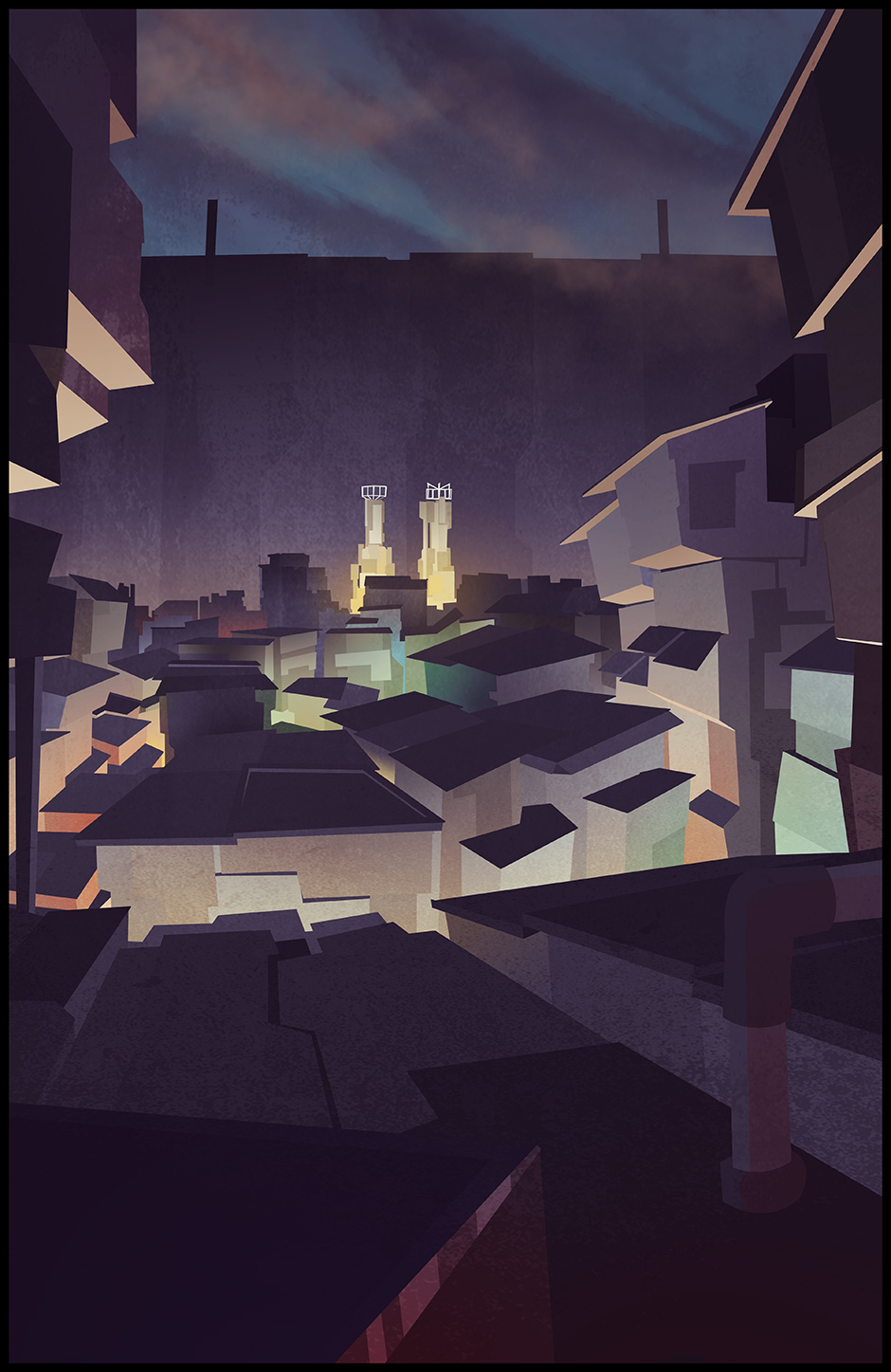 Hey all! Carrie’s illness has been a bit more than we were expecting, but she’s on the mend! This week we bring you Markesha’s destination: The King and Queen Towers of Outer Trinity.

Largely a tourist trap for Inner Trinity denizens looking for an exciting place to slum it, the King and Queen towers are the tallest buildings in the Outer City. Located in East Gate, these towers are owned by two separate landlords who have kept trying to outdo the other. One builds higher, then the other retaliates. The taller is called the king, the shorter the queen, and the titles swap about every three months as more and more building material is added.