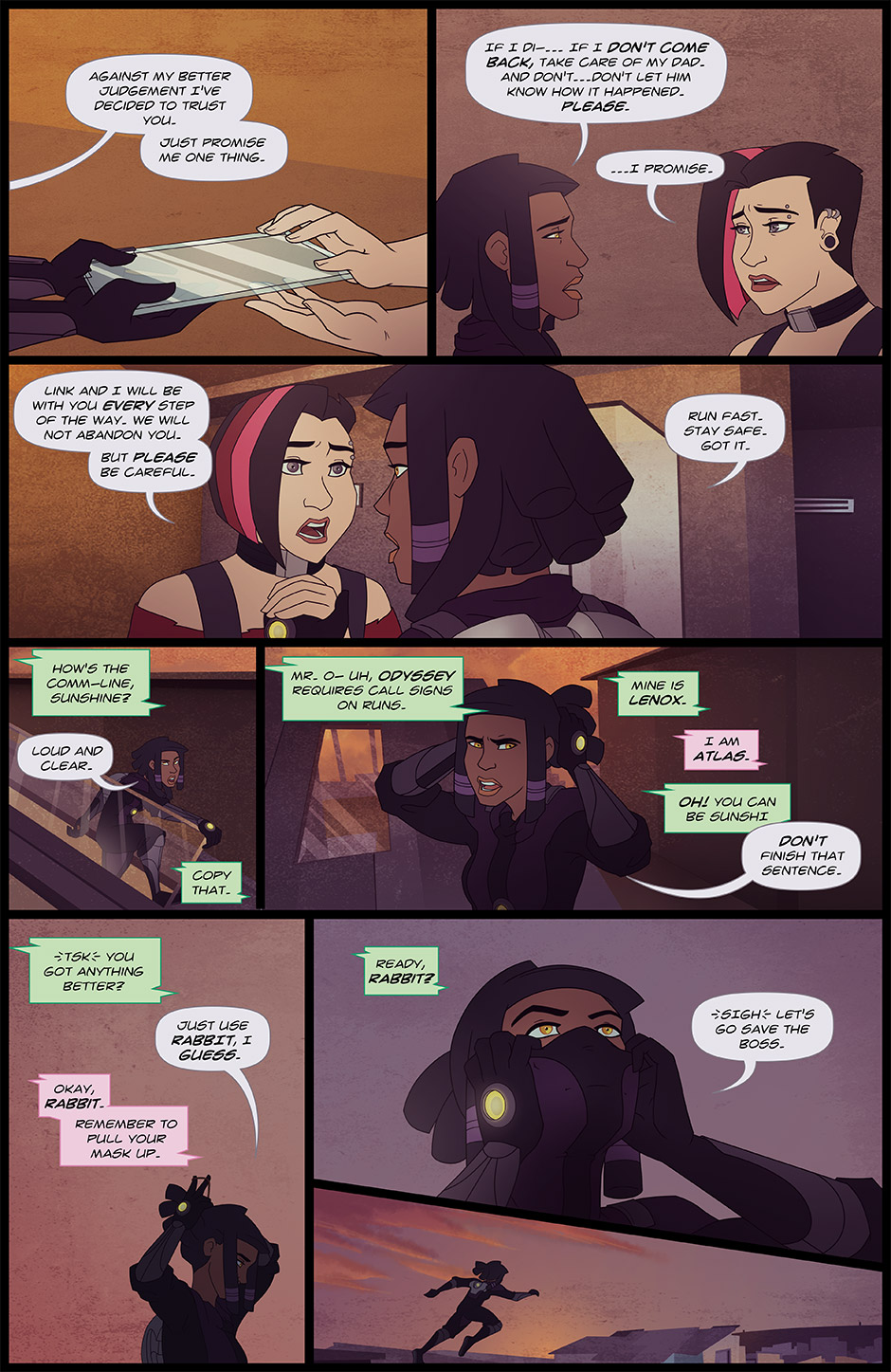 With a solemn promise made, Markesha strikes out on her very first mission.

Over the years Orson’s worked with a plethora of people who’ve had a wide array of call-signs. Comm-line communication has been a staple throughout his career. The process of finding a call-sign is a personal one, and Orson’s detailed attention to each assignment endeared him to many of those under his leadership. His own call-sign, Odyssey, has never been explained to anyone on his team, but few have had the courage to ask. The only person whose come close has been Audrey. Orson considered answering the question, before he realized she wasn’t asking about its significance. Rather, she didn’t know what the word meant. His response was predictably laconic, “It means a very long journey, Miss Dalma.”