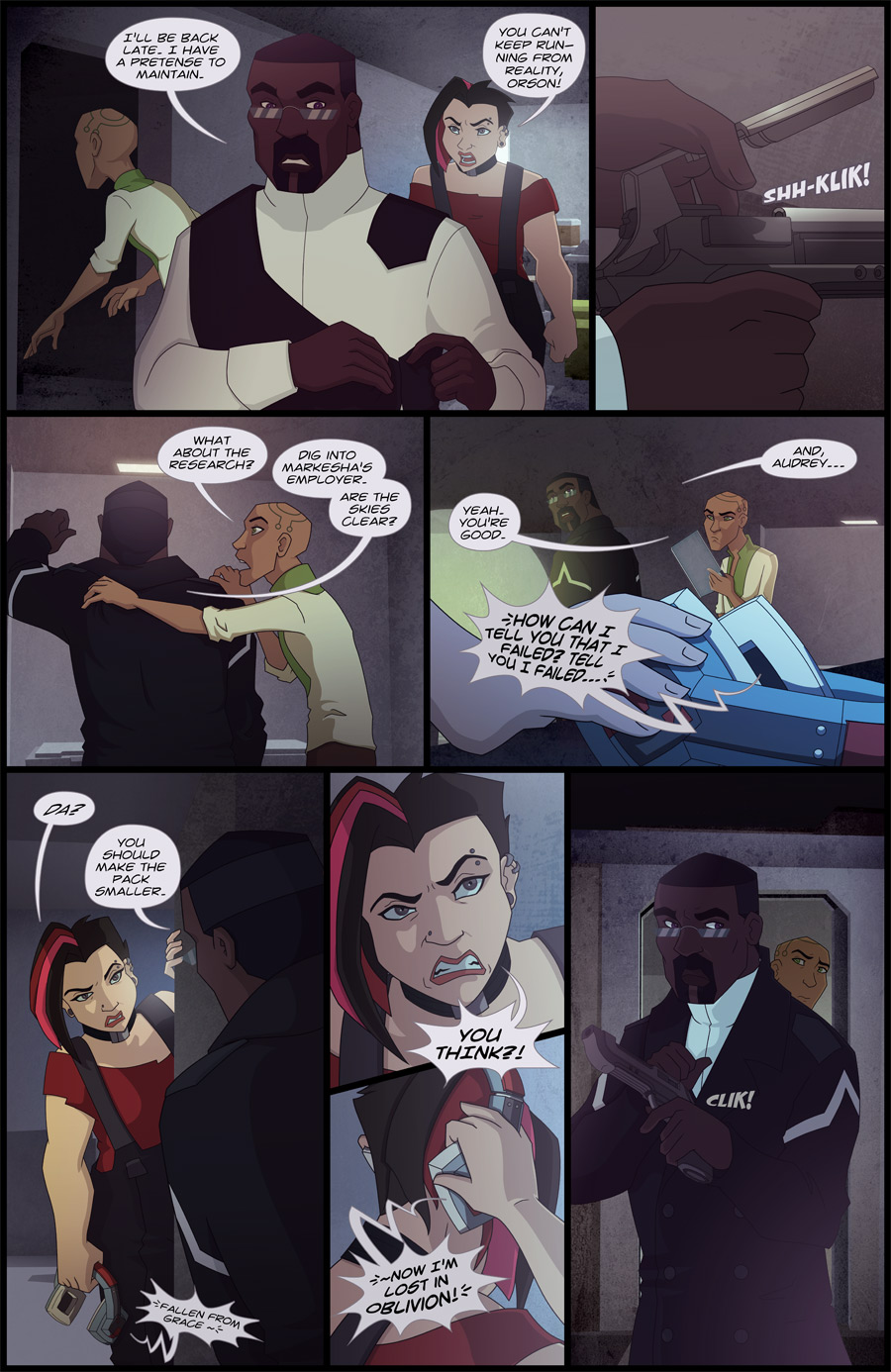 Orson’s got places to be, so for now the spat with Audrey over the new recruit is put on pause.  The Volume 1 Kickstarter ends this Saturday! Make sure to check out the campaign if you haven’t had a chance.

Entertainment in Trinity is closely monitored especially among the Halo and Inner City. Anything that could be seen as upsetting to the power structure of Trinity is seen as unfit for entertainment purposes – especially when it comes to representations of the powerful being overthrown. Strict censorship of everything from music, news programs, radio or holo-casts make sure that citizens stay happily unperturbed about their lot in life. While controlling media in the Halo and the Inner City is rather easy, it’s a harder job when it comes to the Outer City.

Coming from places unknown, Audrey has a nice stash of outlawed media that even gives Orson pause. She’s partial to ‘old world’ music and films with a vast collection stashed away and enjoyed as she pleases. Her favorite film is about a girl who gets lost in a windstorm only to return home through a pair of red shoes. When it comes to music she loves all kinds, especially enjoying alternative and metal music from the 20th and 21st centuries.