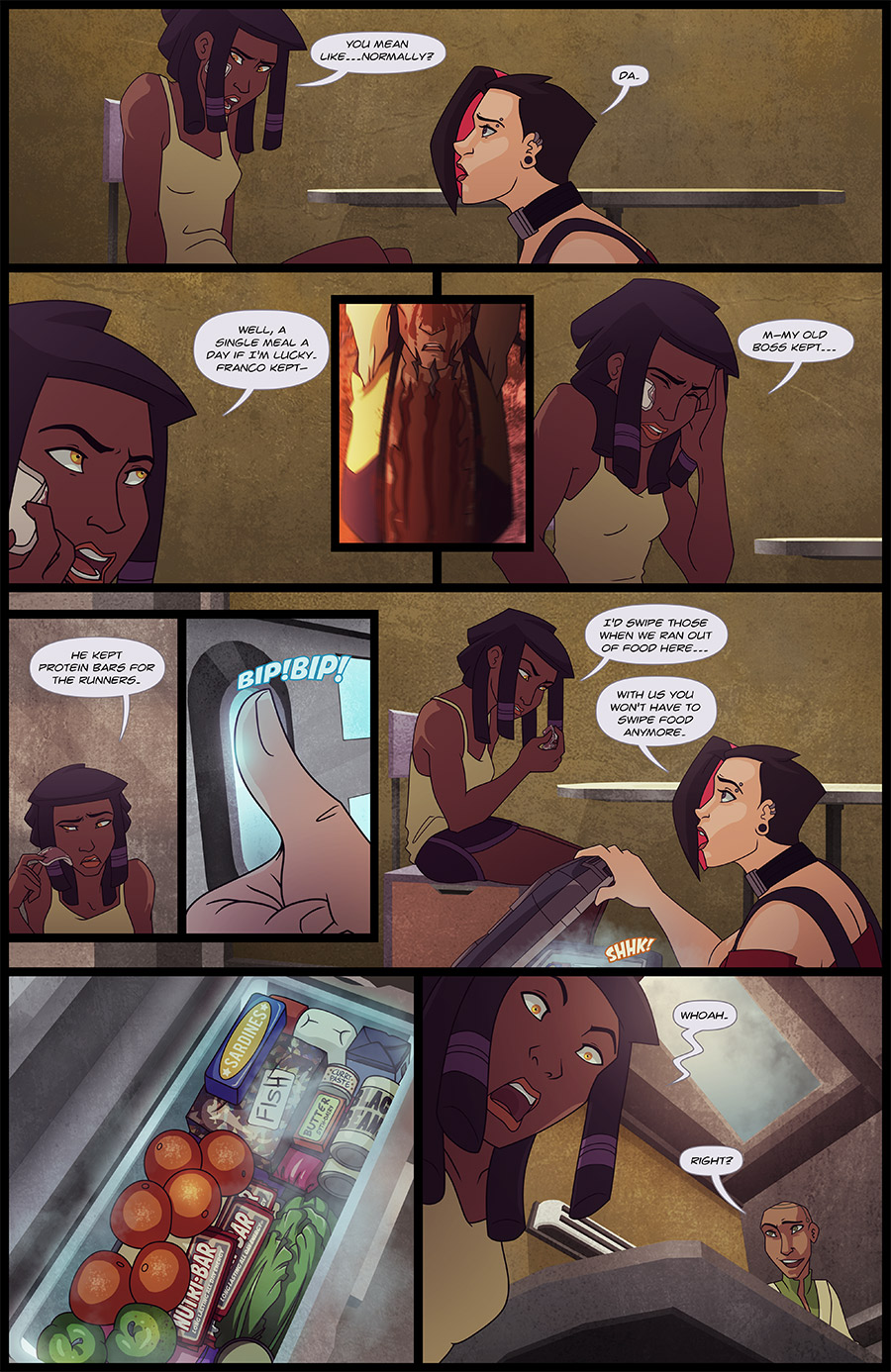 Markesha gets a nasty reminder about the end of her last job, and a good look at the perks of her new one.

Mobile food lockers are a relatively common method of transporting highly valuable fresh food (and other perishables) in Outer Trinity. One part safe, one part cooler, the lockers feature refrigeration systems as well as any number of high-durability locking mechanisms. Higher end models come with biometric access control and the ability to be tracked via locator beacons.

There have been unconfirmed rumors that some truly over-protective individuals have modded their lockers to include various defensive systems. One particularly persistent rumor tells of a would-be thief being shot to death by a modded food locker.