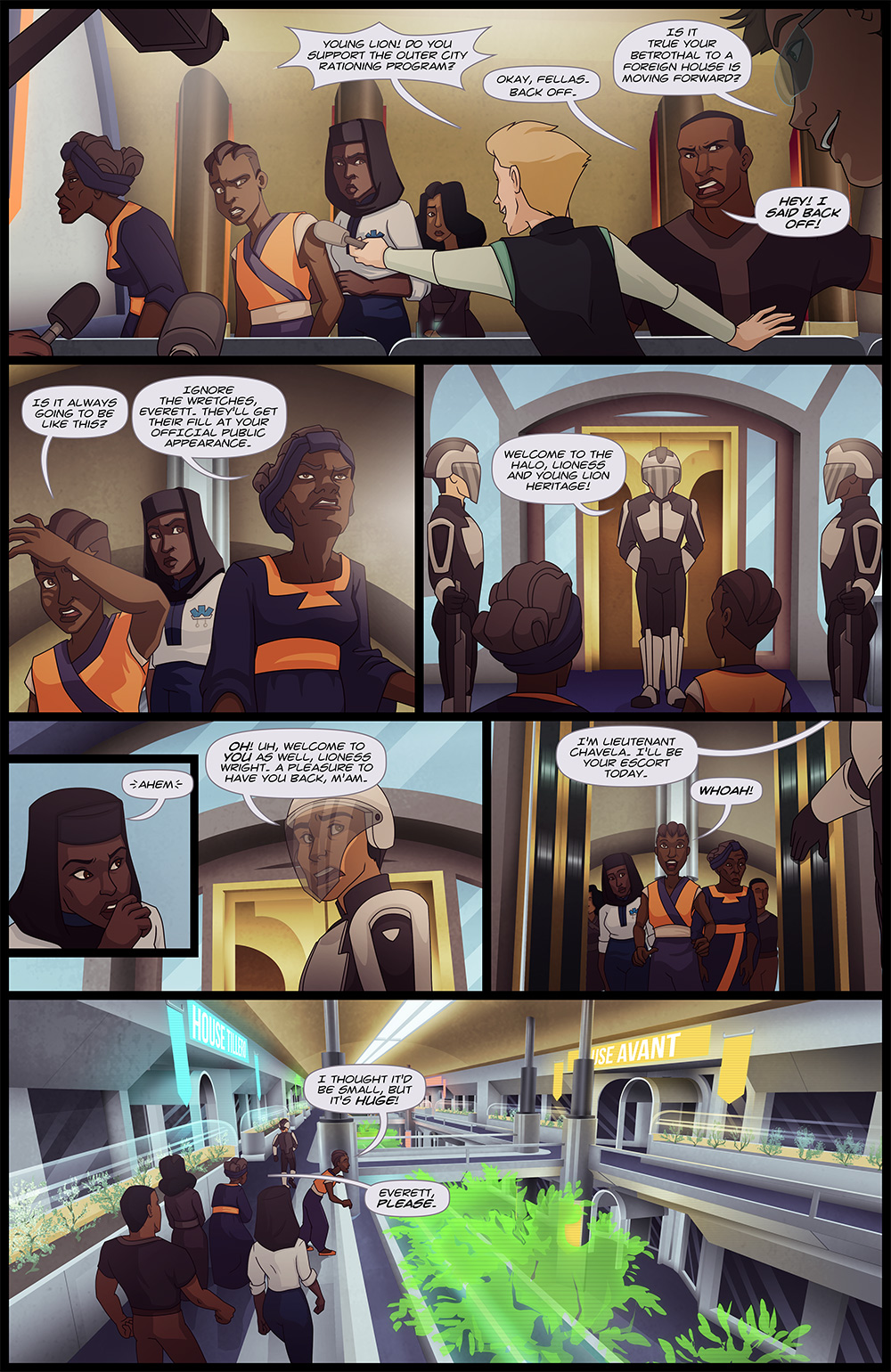 An onslaught of excited press doesn’t dampen Everett’s excitement to see the Halo for the first time.

Many of the Inner City’s popular trends are thought to originate inside the Halo, despite its reputation for being the cheap imitation of the Inner City. However, the Halo finds its trends within the ingenuity of Outer City citizens. For example, the holographic trees that the Halo uses to decorate it’s halls were originally created in the Outer City. Holo-photo frames were hacked and rebuilt to project larger images featuring 3D models of common flora. These holo-plants were popular in the Outer City as a cheap (and legal) alternative to the real thing. They lost favor when the HSF began raiding homes thinking they were growing illegal items. Holo-plants have since been banned from the Outer City. The HSF handed the holo-plant technology to Halo Houses who began using them for the same purpose. The holo-plant technology has slowly made its way into the Inner City where they’re used as decorative accents for lavish homes and events. Owners of holo-plants in the Halo and Inner City have not suffered the same consequences as those in the Outer City.