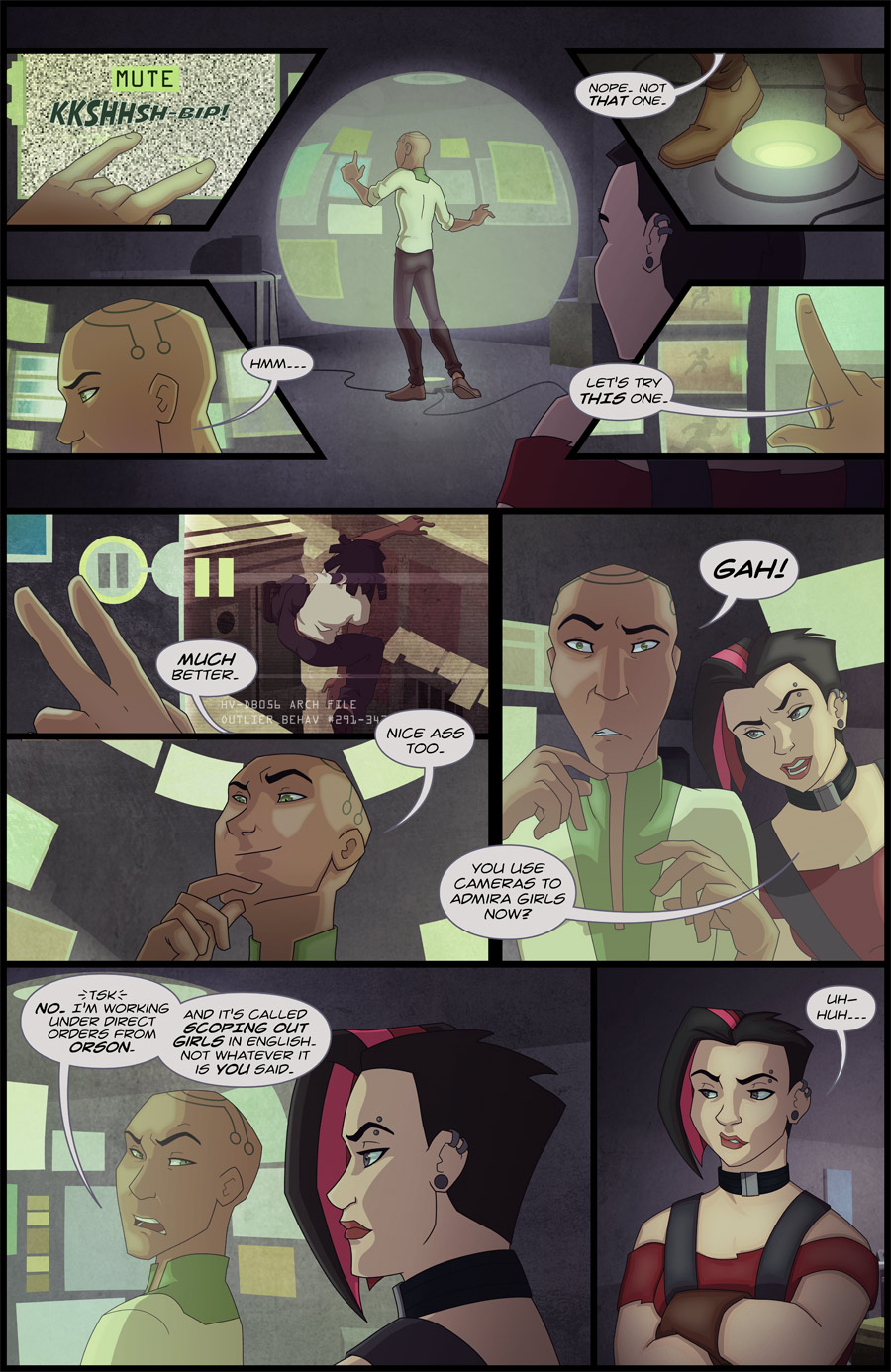 Audrey catches Link being a bit too thorough in his research.

The HIVE Security Units that float above Outer Trinity are used as a means of constant surveillance. They record, and keep track of the goings on in the city based on a keenly detailed algorithm that has them record just about everything. However, to save space on data storage, at the end of each HIVE’s shift all of the footage is dumped into a file where everyday occurrences are weeded out from the unusual bits. Useless files are deleted, and the odd ones are kept and stored for records. Markesha isn’t aware of it, but she’s got quite a large file in the HIVE unit databanks. This is mostly because HIVE algorithms deem that people shouldn’t go running about jumping off roof tops.