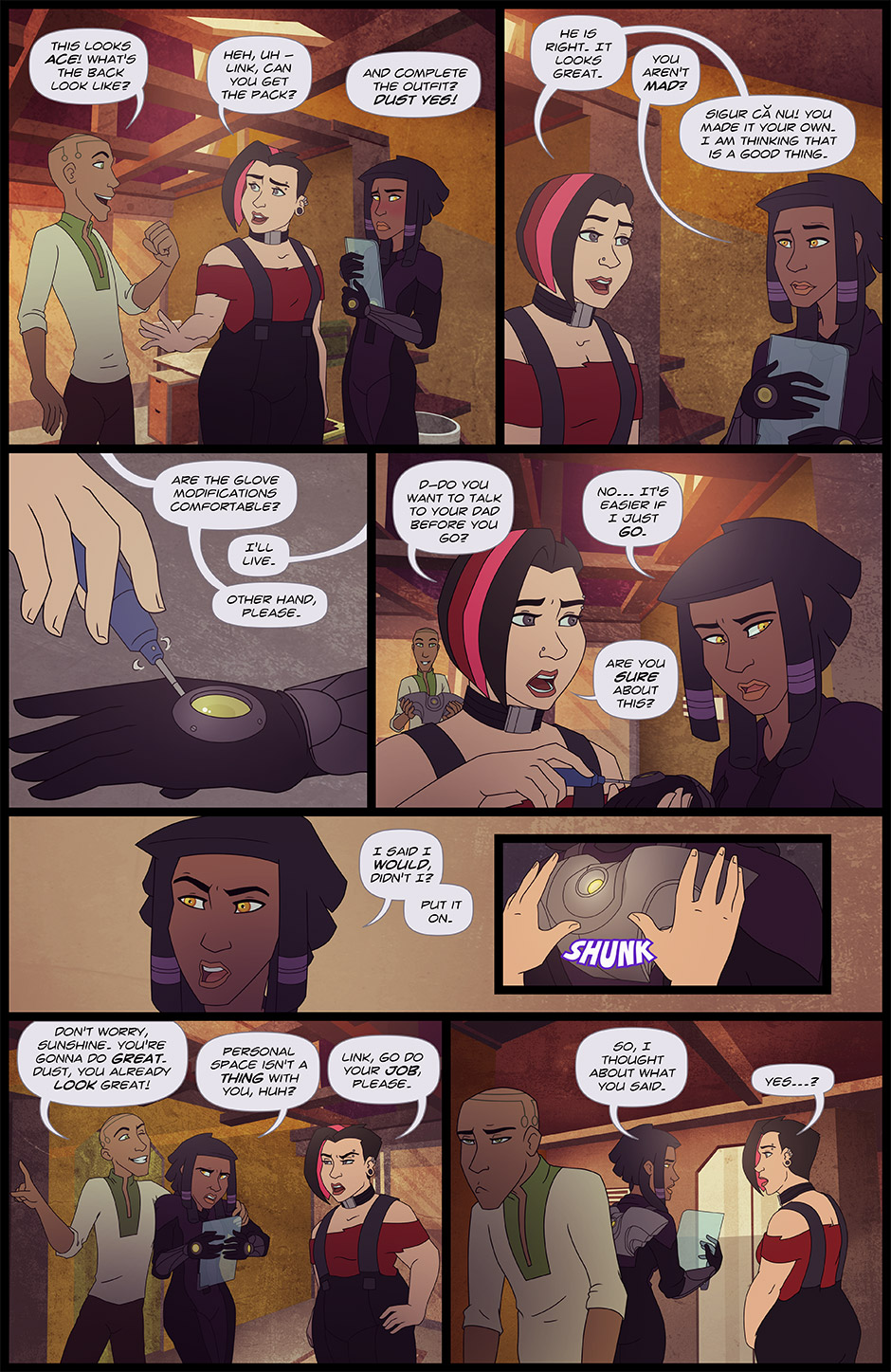 The last few adjustments to the suit are made as Audrey and Markesha have a heart-to-heart.

The magnetic locking system that attaches the gravity pack to the suit is the result of countless hours of trial and error by Audrey. Earlier systems used mechanical locks, which had several critical problems. Dust and other debris would often jam the release, or only allow the lock to close partially. Not only is the current magnetic lock airtight and resistant to failure, it has a surprising quirk. In an emergency situation, Audrey can reverse the magnetic lock’s polarity, causing the pack to violently jettison away from the recruit. She has yet to find a recruit brave enough to field test this feature.