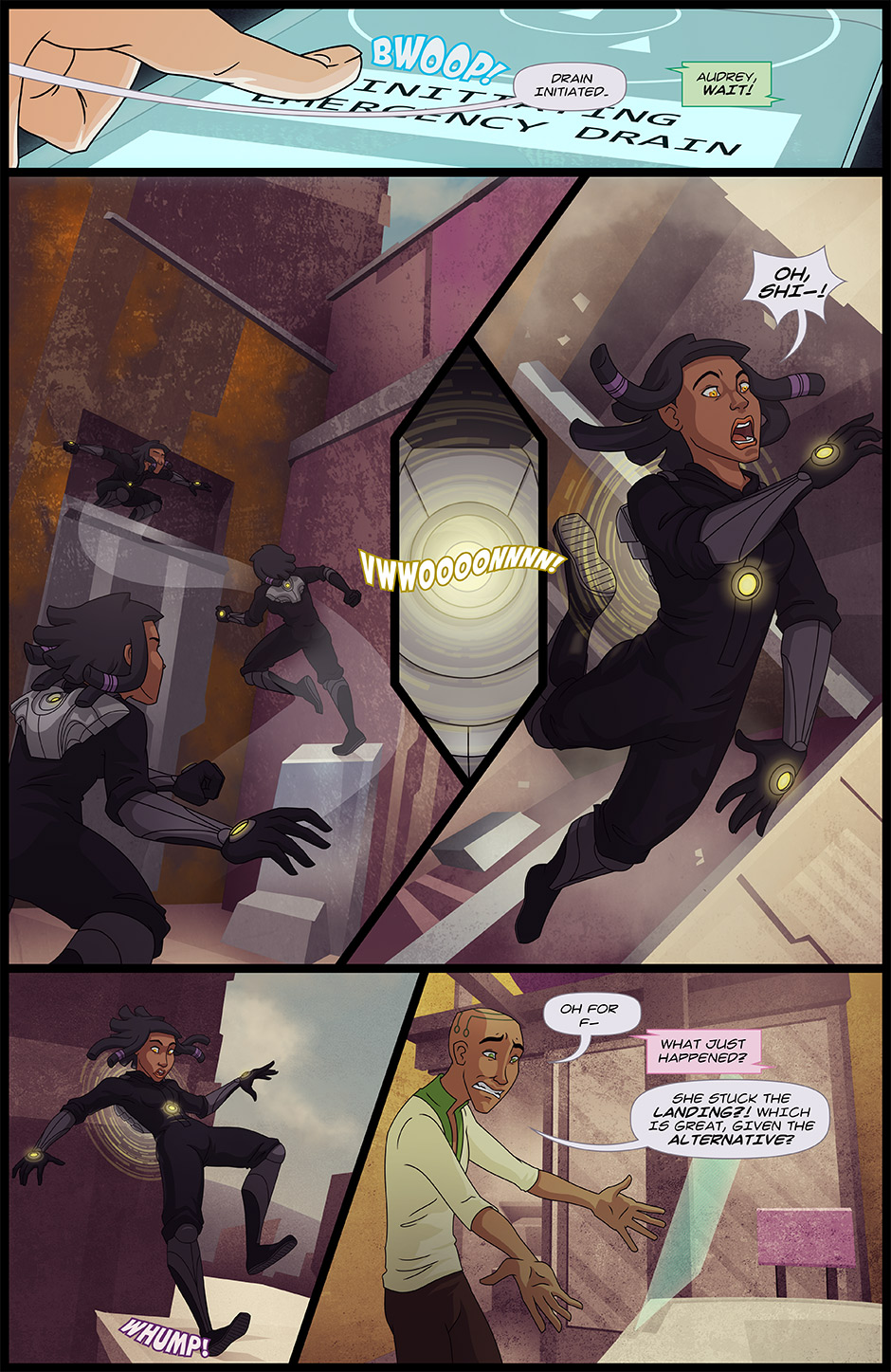 Markesha gets a first taste of what Audrey’s tech can do!

Anti-grav technology throughout Trinity works largely due to experimental technology developed in the 22nd century by the near-mythical Icarus Group. The mind behind this science is largely uncredited, but many believe it stemmed from Dr. Zola M Adebayo. Using a system known as the Dedalus Engine The Icarus Group found a method to “de-grav” solid structures, rendering them much lighter than their normal state. Technically speaking the Dedalus Engine is a unique success because it managed to do what other anti-grav systems could not – it only affected the structure itself rather than the entire surrounding area. Early vehicle anti-grav tests had problems with occupants unable to keep their feet on the ground (or the brake/accelerator pedals for that matter). Audrey was inspired by and heavily references Dr. Adebayo’s research in her own experimental tech, even though her packs ultimately behave like older “field effect” models.