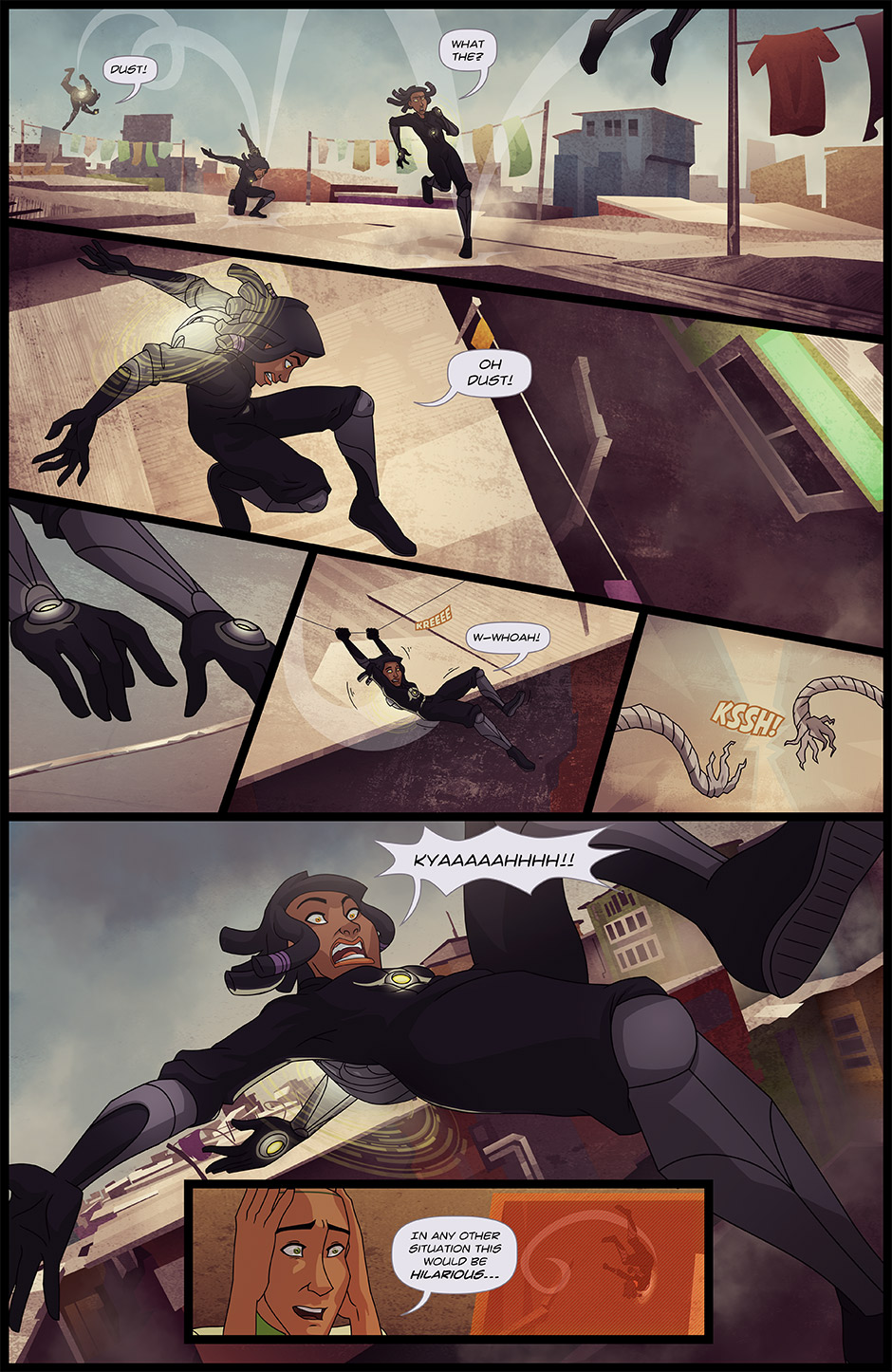 Markesha’s beginning to get the hang of the Pack. Sort of.

Part of the fun of training a new recruit is getting them acclimated to using the Anti-Gravity Pack. Once simple actions, such as walking, become so exaggerated at zero-G that Orson’s agents effectively must learn to move in a totally different way. In Link’s opinion this makes for a pretty entertaining show. Jackal’s first experience was in a more controlled environment than Markesha, and he still made an idiot of himself. Further, approximately 57% of past recruits had violent gastrointestinal reactions to their body fluctuating between normal gravity and zero-G. As such Orson’s ensured the team has a small trash bin nearby during the first tests on new recruits.